As 2018 has proven, McGill and members of its community are players upon the global stage – and beyond. The year began with Principal Suzanne Fortier attending the World Economic Forum Annual Meeting in Davos, Switzerland, and ended with adjunct professor David Saint-Jacques aboard the International Space Station. With 2018 winding down, the Reporter looks back on the year that was, highlighting some of the key happenings over the past 12 months in words and pictures.

Six McGill researchers awarded more than $59M by CFI and Quebec
New labs and equipment through the CFI’s Innovation Fund will help six transformative McGill research projects to collaborate, innovate and train the next generation of scientists for the jobs of tomorrow. Read more.

McGill named one of Montreal’s top employers for tenth year in a row
Some reasons for this year’s designation include the amenities available to staff, such as cafés, campus cafeterias, pubs and shops, the University’s athletic facilities and the work being done by the Social Equity and Diversity Education Office. Read more.

Cannabis 101
Anja Geitmann, Dean of the Faculty of Agricultural and Environmental Sciences, announces that McGill will offer two one-day professional workshops on the industrial production and quality control of medical cannabis. Read more.

Rolling up their sleeves for a good cause
More than 60 volunteers donned hairnets, rolled up their sleeves and pitched in to make some 200 litres of hearty soup during the second MacShares event. The soup was donated to a variety of local charities, including Share the Warmth, the NDG Food Depot, AMCAL Family Services and Bread and Basket. Read more.

Her Majesty The Queen joins the celebration of Quebec-Belgian academic relations
McGill was graced by a royal visit, when Her Majesty the Queen of the Belgians was the honoured guest at a special lunch at the Faculty Club. The visit came on the second-to-last day of a week-long Belgian state visit to Canada. Read more.

Neuro XXceptional celebrates exceptional women
The Neuro launches Neuro XXceptional – an exciting new year-long video series featuring women who tell us what drove them to become scientists and clinicians, and what they love about their work. Read more.

McGill to ban sale of bottled water on campus
To mark World Water Day 2018, McGill announced it will ban the sale of single-use bottled water on its campuses. The bottles will be phased out of food service locations and vending machines by May 1, 2019. Read more. 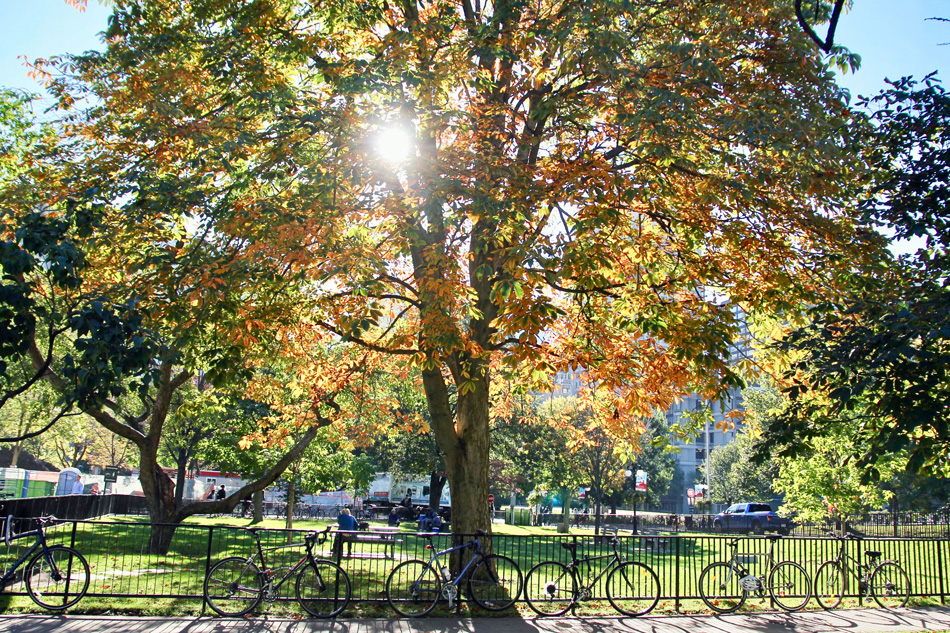 An editorial competition run by Mediacorp Canada has selected McGill as one of Canada’s top 100 greenest employers. Read more.

$15M gift will help fight infections and immune threats to human health
Partnership between McGill and the MUHC will bring together over 250 researchers under the newly created McGill Interdisciplinary Initiative in Infection and Immunity. Read more.

Charles Taylor awarded Literary Grand Prix at Blue Met Lit Fest
Professor Taylor, who is now 87, has received many prizes over his illustrious career, but this is the first he has received one for his literary achievements. Read more.

MUNACA joins Family Days pilot project
MUNACA members may now use up to three of their nine paid sick days to care for their sick children, spouses, parents, grandparents or siblings – even when the employees themselves are not ill. Read more.

Planting a tree of life
McGill honours the victims of the massacre at the Centre culturel islamique de Québec. Read more.

Principal Suzanne Fortier among 17 McGillians appointed to the Order of Canada
Prof. Fortier recognized for “her rich contributions to scientific advancements and innovation in Canada, and for her governance in academia.” Read more.

The link between obesity, the brain and genetics
When it comes to weight gain, the problem may be mostly in our heads, and our genes. Read more.

Walk of Fame stars for three McGill grads
Singer-songwriter Leonard Cohen, screenwriter Evan Goldberg and health advocate Dr. Joanne Liu were among the 10 new inductees to the Walk of Fame, which honours Canadians who have excelled on the national and international levels. Read more.

Music Dean is challenging the canon
Brenda Ravenscroft, first full-term woman Dean of the Schulich School of Music, is applying a diversity mandate for women and other overlooked groups. Read more.

The link between obesity, the brain and genetics
When it comes to weight gain, the problem may be mostly in our heads, and our genes. Read more.

Meet the 2018 Safety Ambassador Award recipients
As part of Safety Week, McGill celebrated those people who are instrumental in ensuring the safety of their unit or of the occupants of the building where they work. Read more.

McGill No.1 in Maclean’s rankings for 14th straight year
University touted for its “diverse and accomplished student body.” Read more.

McGill Book Fair shelved
The McGill Book Fair, having raised close to $2 million to support students over more than 45 years, turned the page on its final chapter. Read more.

McGill participates in newly-launched coalition for responsible AI
Ten participants from McGill will contribute to and help build the success of the new Observatory on the Social Impacts of Artificial Intelligence and Digital Technologies. Read more.