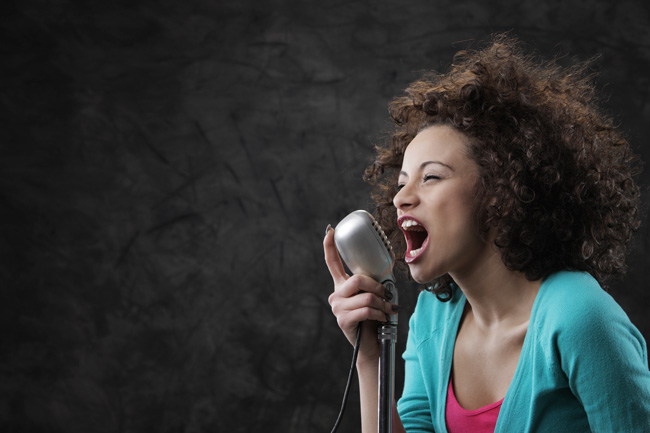 Following last year’s successful inaugural event, McGill will once again be organizing activities around World Voice Day. The organization of the free voice screenings and seminar is led this year by Jenna Hotton, Tara Casorso, Curtis Fischer and Sara Lakhdar, four second-year master’s students in speech-language pathology at the Faculty of Medicine’s School of Communication Science Disorders (SCSD), under the tutelage of Dr. Nicole Li-Jessen, Assistant Professor in the SCSD, and in collaboration with Dr. Isabelle Cossette from the Schulich School of Music and the Centre for Interdisciplinary Research in Music, Media and Technology.

Don’t take your voice for granted

Voice is an important component to people’s overall quality of life and ability to function in the work place, in school or in social settings. Yet, until we lose it we often take it for granted. 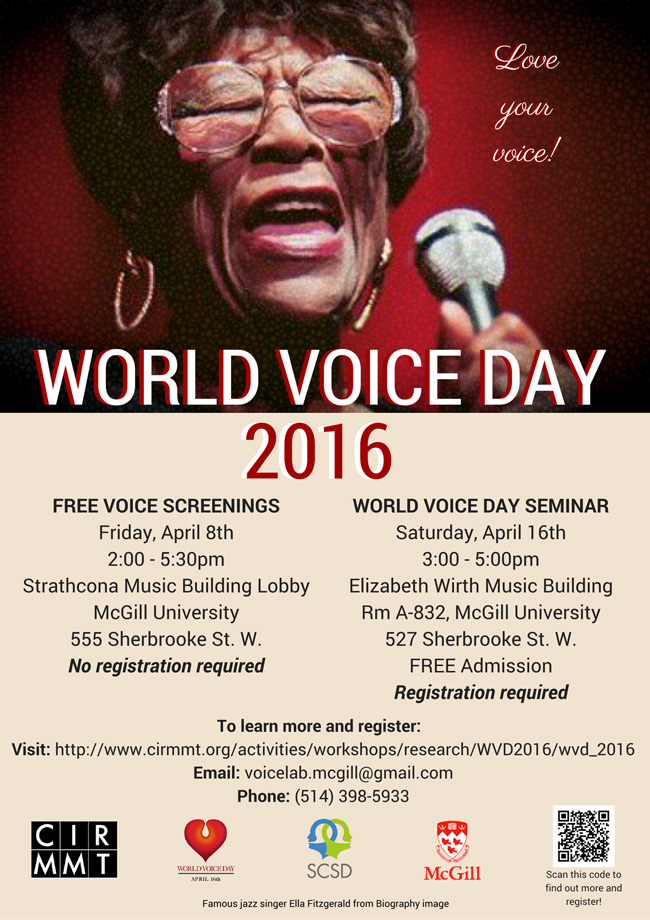 “In my practicum experience I’ve seen a lot of people who had trouble producing voice and they had to use an artificial way of talking which has a big impact on their life, so I thought to bring awareness to this and to show people the consequences of losing their voice is really important,” says Lakhdar on the importance of offering the screenings, which will be held from 2 – 5:30 p.m. in the Strathcona Music Building on Friday, April 8.

The screenings consist of several elements, including taking a basic case history to see if there are certain activities or habits that may make you prone to a voice disorder. A 10 item questionnaire looks at your perception of how you use your voice in your daily life. “Then we take a couple of measurements to see how long you can sustain a sound and to measure the total range in the pitch of your voice – how high and low can you go,” says Hotton. “We also look at the quality of your voice to see if you have any distortions that make it sound less clear.”

The screenings are of particular importance to those who work in professions that require their voice like teachers or singers, but are open to the public. Hotton says that it’s a good first step for any individuals who have experienced some change in their voice to get it screened so that appropriate referrals can be made if needed. An extra room has been secured this year to stem lines and wait times.

Aging is the theme for this year’s World Voice Day seminar, which will be held on Saturday, April 16, from 3 – 5 p.m. in room A-832 of the Elizabeth Wirth Music Building. As many as 47 per cent of people over the age of 65 are affected by voice disorders, which has a great impact on their social lives and could result in them becoming withdrawn and anxious, according to Fischer.

“Age-related voice disorder is known as presbyphonia,” he explains. “Some of the changes that can occur include weakening of the muscles around the vocal folds, a reduction in the elasticity of the tissue and poorer transmission of motor signals from their laryngeal nerves.”

The seminar will include presentations related to voice and aging research from a variety of perspectives. It will also feature a special presentation from Les Voix de Parkinson en movement, a group of people afflicted with Parkinson’s Disease – one of the groups that can experience vocal loss – who come together to sing, led by a vocal coach. Fischer and Casorso have been participating in the group since January. “Showing that you can still use your voice recreationally and that you can entertain and be proactive by taking care of your voice is so important,” notes Casorso. “We are really privileged to have them join us.”

Among the students’ reasons for getting involved in the World Voice Day events is the learning opportunity it presents.

“In our program we have to take one class on voice but this is sort of an additional independent study,” says Casorso. “And we get to work with Dr. Nicole Li-Jessen who is one of my favourite professors, so it was also a chance to work more with her and at the same time to learn more about the voice.”

Hotton concurs, noting that it was eye-opening to see how a voice disorder could seriously impact your quality of life. “Actually going out in the field to try to screen people and make people aware of voice disorders is a great experience for our studies as well,” says Lakhdar.

Fischer and Casorso also share a more personal interest in voice disorders. “Because teachers are one of the professions that are often affected by voice disorders,” says Fischer, “my mother was actually a teacher and a principal and just hearing some of her stories and seeing her miss days from a lost voice interested me in this project.”

Let your voice be heard – and keep being heard

For the love of music