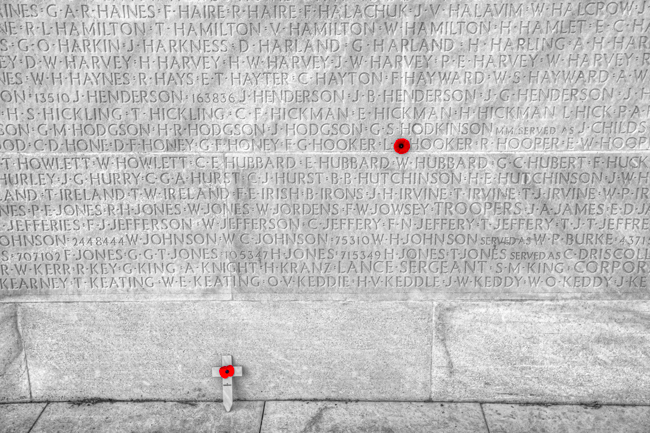 Although Canada achieved Confederation on July 1, 1867, many people believe that Canada didn’t truly become a nation until April 9, 1917, at the Battle of Vimy Ridge.

In the coming days, in France and across Canada, a host of events – big and small – will mark the 100th anniversary on the battle. On April 7, McGill Library will open a commemorative exhibition on the main floor of the McLennan-Redpath Library.

“The exhibit will be divided into two parts. Part I, is devoted to the battle and the Memorial on Vimy Ridge,” says Richard Virr, Senior Curator, Rare Books and Special Collections, and one of the exhibition’s curators along with Jennifer Garland, Liaison Librarian, Rare Books and Special Collections. “The other part of the exhibition deals with remembering. In other words, how, in the 1920s and 30s, various memorials, cenotaphs and windows were designed, built or proposed as acts of remembrance.”

Part I of the Vimy Ridge exhibition will run from April 7, through November. Part II will open on May 19, and continue to September 22.

On a blustery April 9, 1917, in northern France, thousands of Canadian soldiers from across the nation poured from the trenches and fought uphill to capture the heavily fortified – and previously impregnable –  German positions along a seven-kilometre ridge. Previous attempts to take the stronghold had ended disastrously, with French troops having suffered an estimated 100,000 casualties in earlier attacks.

Facing driving winds, snow and fully entrenched German forces, the Canadians pressed ever forward, in many cases charging machine gun nests with fixed bayonets. And while the pitched battle exacted a horrendous toll on the Canadian troops, with more than 10,000 dead or wounded (Canada’s costliest battle in the First World War), Vimy Ridge was taken. “In those few minutes I witnessed the birth of a nation,” said Brigadier-General A.E. Ross.

On top of their resolute courage, the Canadians proved to be well-drilled and disciplined, following to the letter a precise battle plan largely drawn up by General Arthur Currie, who would later serve as McGill’s Principal from 1920 to 1933.

In addition to the exhibitions in the McLennan-Redpath Library, visitors can also use the large touch table which highlights various parts of McGill’s digital collection that are either related to Vimy Ridge or Canada’s 20th century war efforts. Among other things, users can watch a brief video of His Majesty King Edward the VIII at the dedication of the Vimy Ridge War Memorial in 1936, or scroll through the names and photos of McGillians who perished in the Great War in the digitized McGill Honor Roll 1914-1918.

One of the unique components of Part I of the exhibition will be the Headline History of the War – a large book of war-related headlines collected by Robert Fetherstonhaugh during the First World War. “We have the book open to the page that says ‘Canadians Take Vimy,’” says Virr. “And right beside it we have a page from the Illustrated London News also highlighting the Canadians’ success at Vimy.”

The other exhibition case will focus on the Memorial at Vimy Ridge, including illustrations of the dedication ceremony and designers’ plans. There are also photos of some of the models that the sculpture did for the Memorial.

Part II of the exhibition will highlight the way in which Canada celebrates its veterans. “Of course the battle is a significant part of our history, but we didn’t want to focus only on war,” says Virr. “We thought we could use Vimy as a way of approaching remembering. I think we do it differently in Canada than they do in the United Kingdom (where the date gets moved to a Sunday, or even Veterans Day in the United States.

“I think in Canada does a very special kind of remembering – and we certainly have produced enough memorials and cenotaphs,” says Virr.

The Vimy commemoration is part of a series of exhibitions based on the First World War. In 2015, the Library installed The Lighthalls: A McGill Family at War, an exhibition that followed a McGill family (four graduates) and their participation in the First World War through photos, diaries and letters.

Virr thinks a third exhibition making the 100-year anniversary of the end of the War will probably be staged in 2018.

A special Vimy Ridge lecture will be given by historian Dr. Tim Cook, C.M. The talk entitled “Birth of a Notion: The Vimy Idea, 1917-2017” will be held on Tuesday, April 25, at 5:30 p.m. in Moyse Hall (Arts Building). Get more information and RSVP online.