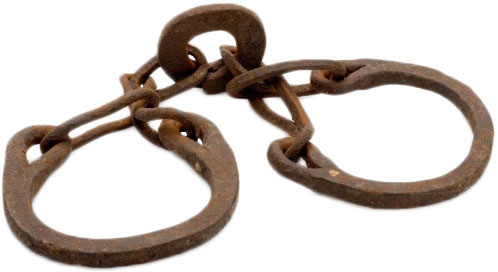 Canadians tend to think of Canada as free of the terrible legacy of slavery. After all, Canada was the sanctuary slaves escaped to on the Underground Railroad. But there was slavery here – for two hundred years it was widely practiced in New France, and in Lower Canada under British rule.

On Feb. 13, at 6:30 p.m. in the Moot Court, Charmaine Nelson, Dorothy Williams and Délice Mugabo, will guide audience members through an informative three-part conversation about slavery in Quebec in collaboration with SEDE’s Black History Month 2017.

As Montreal and Canada celebrate their 375th and 150th anniversaries respectively, there appears to be no plan to include content relating to the history of slavery in Montreal and Canada. McGill’s Feb. 13 panel will feature ground-breaking scholars to discuss this unknown history.

For people of means, owning slaves was a matter of course. McGill founder James McGill had slaves, as did the founder of the Order of the Grey Nuns, Marguerite d’Youville, who was canonized in 1990.

An escaped slave named Angélique was publicly tortured and hanged in Old Montreal for the crime of setting fire to her owner’s house and causing much of Old Montreal to burn down – a crime she probably didn’t commit.

Charmaine Nelson is a widely published and an award winning academic and media personality. Nelson is an expert in postcolonial and black feminist scholarship, Transatlantic Slavery Studies, and Black Diaspora Studies. She has made ground-breaking contributions to the fields of the Visual Culture of Slavery, Race and Representation, Black Canadian Studies, and African Canadian Art History. Nelson has published and co-edited six books.

Délice Mugabo is a member of the Third Eye Collective, a group that focuses on gender violence within black communities and transformative justice. Mugabo is a PhD student at CUNY-The Graduate Center and currently doing research on violence against enslaved Black women in New-France. Her work focuses on the recorded cases of Black women freedom runners during the era of slavery in Quebec.

Dorothy Williams, Ph.D., specializes in Black Canadian history. Her first book Blacks in Montreal: 1628-1986 An Urban Demography, was written at the behest of the Quebec Human Rights Commission, in 1989, during their study of racism in Montreal’s housing market. Her 1997 book The Road to Now: A History of Blacks in Montreal, remains the only chronological study of Blacks on the island of Montreal.

The discussion will be moderated by its organizers Casarina Hocevar, a U3 student majoring in African Studies, and Nadir Khan, an MA student studying the history of slavery in the Atlantic world.

This event is free and wheelchair accessible. Whisper translation will be provided. Get more information about this panel discussion.