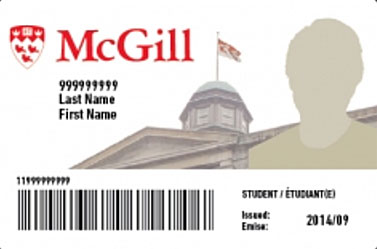 Any student can take advantage of the PFNP, regardless of their motivation. It’s open to everyone and no explanation is required.

It turns out a significant number of McGillians have declared their preferred first name in Minerva, with over 7,000 current students – and over 18,000 individuals overall – having already done so. They can be trans and gender non-conforming students, people who are known by their middle name, people who go by a diminutive (Charlie for Charlotte, for example), or international students who adopt an English or French name that is commonly used in Canada.

“One’s name and gender are at the heart of who we are. For those of us who have a name that doesn’t reflect our reality it is a burden to have a ‘dead name.’ It can even be painful to be continuously confronted by an identity that one has rejected,” says Robert Leckey, Dean of the Law Faculty. “For example, if you have transitioned from Dave to Renée you do not want to be dealing with your old ‘dead’ name. It goes to fundamental issues of personal autonomy and choice.”

Leckey is one of the most prominent openly gay academics at McGill and chaired the McGill Subcommittee on Queer People from 2008-2011. He worked on the PFNP for several years. He says during that process he learned how vast and complex a university’s system for naming students can be.

Since 2013, students have been able to have their preferred first name reflected on their McGill ID cards, Minerva class lists and the unofficial advising transcript, with the latter being especially important because it is used during conversations between students and their academic advisors.

The PFNP is part of enhancing equity and inclusion at McGill, in line with the University’s Policy against Harassment, Sexual Harassment and Discrimination Prohibited by Law.

The term “trans” refers to people who don’t identify with the sex they were assigned at birth. It can encompass terms like transgender, transsexual, transvestite, genderqueer, two-spirit – people whose identities do not conform to male or female norms.

Official forms of identification – like birth certificates, passports, national ID cards, and driver’s licenses – reflect the sex we are assigned at birth unless they are amended.

For a lot of trans people official documents that match their gender identity or chosen name can be very difficult to acquire and doing so sometimes means incredibly onerous requirements. Sometimes there is no clear legal process for them to do so.

A form of PFNP has been in force since 2006, after the Subcommittee on Queer People raised the issue that some students, notably trans and gender non-conforming students, were not comfortable using a legal first name that does not align with their gender identity or presentation.

Getting to this point in the process has been a team effort involving the office of the Deputy Provost (Student Life and Learning), the Social Equity and Diversity Education Office, Enrolment Services, IT Services, Student Accounts and many more units.

This latest implementation is not the end; McGill is committed to exploring additional system-wide implementations impacting PFNP, for the benefit of the student and alumni community as a whole.

Exactly six years ago, the Final Report of the Principal’s Task Force on Diversity, Excellence and Community Engagement appeared. In response to it, I wrote “Making McGill Mediocre” (27 April 2011), a report of my own which cost the University rather less than that of the Task Force. (You can find it on the home page at http://www.mcgill.ca/prpp.) As that got around, a debate involving myself and Prof. Leckey was mooted at MAUT and a meeting was held to make arrangements. The debate never happened. I was told afterwards that a student representative complained that she wouldn’t feel safe. I… Read more »

To Mr. Farrow: Gender is not so mysterious! To put things in perspective, the definition we use at McGill and teach to first year students in Rez holds that gender is “the sense of self (identification) of a person, and how they relate to (or don’t relate to) societal norms of femininity, masculinity, or any mix thereof; not necessarily dependent on the sex which one is assigned as at birth.” This definition comes directly from the Rez Project workshop that is mandatory for all first year students in Rez. Gender is simply how a person identifies based on what society… Read more »

Ben: Your definition has the feel of a cat chasing its tail. If gender is “the sense of self (identification) of a person, and how they relate to (or don’t relate to) societal norms of femininity, masculinity, or any mix thereof,” what is “gender identity” – “identity identity”? And how are societal norms, even in a micro-environment like McGill, to be built around “how someone does or doesn’t relate to societal norms”? I’m sorry to hear that this sort of thing is mandatory indoctrination for incoming residential students. Not a very promising start to a McGill education!