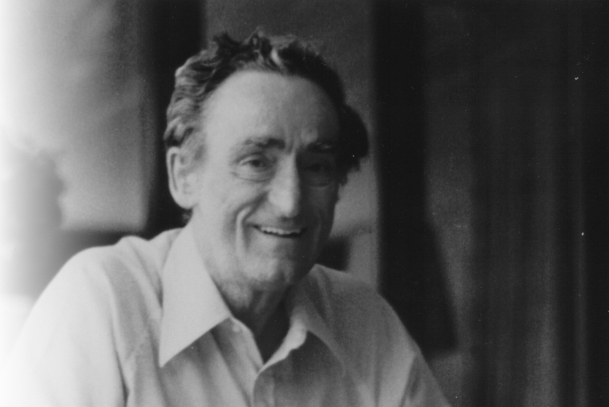 “If a democratic regime is to function satisfactorily, it needs a leader who is neither a trickster nor a demagogue, but a person of such ethical and intellectual worth that his fellow citizens will follow his lead without having to be either coerced or emotionally excited. Such a leader may be hard to find and, if found, may be reluctant to undertake the difficult and thankless task of guiding his fellow citizens. The leader’s role is obviously for the greatest social importance; to undertake it for altruistic reasons requires a very high degree of public spirit and unselfishness.” – Arnold Toynbee, historian, A Chosen Life.

“A typical weekend with my father would kick-off with breakfast, followed by a trip for groceries at Dominion on Mount Royal Street,” recalled Patrice Ryan. “Later in the afternoon, we did what most families in the ’70s did – my father would take us kids for a car ride! Perched on the back seat, we’d go cruising around town – wherever there was some action. So, as a small kid, I recall looking with fascination at the massive trucks carrying concrete in and out of the Olympic Stadium’s construction site. I guess it was easier to raise kids in the ’70s, wasn’t it girls?” he said winking at his two little daughters in the audience.

Patrice Ryan’s voice was filled with emotion as he spoke about his late father, Claude, on Feb. 13. Patrice Ryan was at McGill to take part in “The Legacy of Claude Ryan” symposium, on Feb. 13 and 14, organized by the Newman Centre, in collaboration with McGill University and Federal Idea, a Quebec think-tank on the concept of federalism, to mark the 10th anniversary of Claude Ryan’s death February 9, 2004.

McGill’s relationship with Claude Ryan stretches back to his association with the Newman Centre. In the later years of his life, Ryan was closely involved in the academic and spiritual activities of the Centre, including donating his library to the Centre and teaching at McGill from 2000 to 2003.

“I look forward to the discussions about the social and political though of M. Ryan’s contribution to Quebec and Canada,” said Professor Ellen Aitken, Dean of the Faculty of Religious Studies, in opening the symposium. “This is an important, timeless and relevant debate in public life in Quebec and in Canada.”

During the two-day symposium, friends, collaborators, family members, major political partners and figures, and scholars came together to exchange on Ryan’s many contributions to Quebec and Canadian society – as a prominent thinker, a journalist, and a politician.

“M. Ryan played a major role in the establishment of modern Quebec’s identity – a social liberalism, strongly anchored in the reality of a Quebec in constant evolution,” said Olivier Marcil, Vice-Principal, Communications and External Relations, and author of a book on Ryan during his time as editor-in-chief of Le Devoir, at one of the symposium’s discussions.

Indeed, Ryan’s life spans some of the most important events to have shaped the Quebec we know today. From the Quiet Revolution, through the de-confessionalization of the education system beginning in the 1960s, the political struggles of the 1970s and the 1980s, all the way to the failed Meech Lake and Charlottetown Accords in the 1990s, Ryan’s involvement always spoke to the need for mutual understanding and he steered clear of polarization.“Ryan was neither federalist, nor nationalist. He always thought that the best way forward in a diverse society was through a compromise between two extremes,” said Guy Lachapelle, a political science professor at Concordia University.

Through this approach, said John Parisella, a leading figure in the Quebec Liberal Party during the 1980s, Ryan emerged as “the moral and intellectual conscience of the Liberal Party of Quebec,” which he led from 1978 to 1982. Former Prime Minister Brian Mulroney, who participated in a luncheon event to close the symposium, said he had “never met a man with such strong moral authority, as M. Ryan.”

Throughout his life, Ryan was also a profoundly religious man. His faith played a key role in his deep-seeded conviction that human liberties are sacred and therefore must be respected. In an increasingly diverse Quebec, this belief motivated his constant desire to first understand and then work on a compromise, always in full respect of those liberties. It is perhaps in this that Ryan leaves us one of his greatest legacies today. “M. Ryan prioritized ideas and debate,” recalled Parisella. “He would never attack people themselves, but was always open to debating ideas.”

As communication seems increasingly driven by quick reactions expressed in 140 characters on Twitter, our public debates tend to quickly fall into the trap of the polarization through opposing points of view. Yet in this, we may forget how to listen to each other, be open to one another’s views and truly debate to reach healthy compromises.

It is hard not to think here of the proposed Charter of Quebec Values. In fact, this question came back frequently during the discussions. What would Ryan think of the charter? NDP leader Thomas Mulcair: “M. Ryan was never ready to accept a populist idea, so today he would never accept a situation where human rights depend on, as the current government would have it: ‘a larger social consensus.’ ” As for Parisella, one thing is certain: “Because of his love for personal liberties, M. Ryan refused to relegate religion to the realm of the private.”

Throughout this life, he proved how a man of deep religious faith can be a secular public figure in a secular and diverse state.

A selection of texts by M. Claude Ryan can be found here.