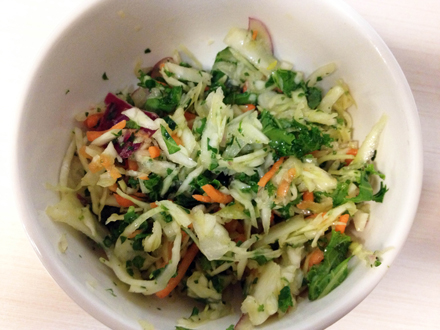 Place olive oil, vinegar, water, sugar and seasoning in a large pot on medium high heat and boil until the sugar, salt and garlic powder start to dissolve. Pour over cabbage mixture and refrigerate until cool.

10 minutes prior to serving, incorporate shredded kale and chopped parsley. 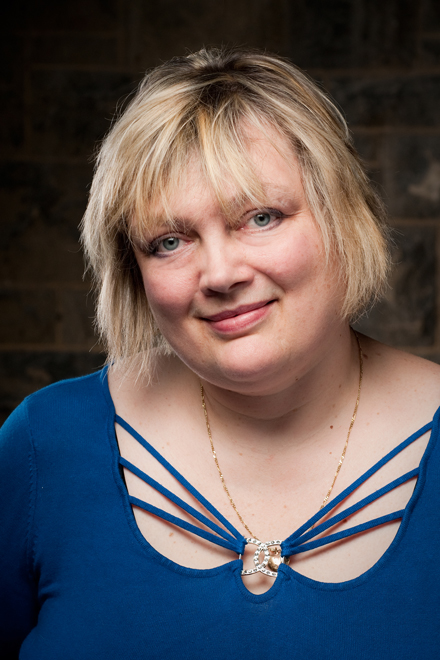 Originally from Zemun, Serbia, Suzana Bubic is no stranger to healthy and flavourful food. Coming from a passionate line of true “gourmands,” the McGill Food and Dining Services Dining Hall Operations Manager recalls being an avid spectator at only four years old as her parents and grand-parents rolled out fresh pasta, kneaded bread, pickled vegetables, and prepared the best Turkish coffee.

Bubic came to Montreal in 1969, where she obtained a Bachelor of Science at McGill in Psychology. Inspired by her grandfather’s passion for food, Bubic pursued a second degree in Nutritional Science where she took pleasure in trying and testing various food combinations. She then completed her learning through McGill‘s Dietetics Program and has worked a wide range of jobs in the field including as Director of Nutritional Services at the Princeton BC Hospital before returning to McGill.

“I don’t have one favorite dish, but many,” explains the foodie, “as long as the food has great flavours and clean ingredients. I love gibanica and a really good, fresh salad with my own olive oil and balsamic dressing. I am always experimenting.”