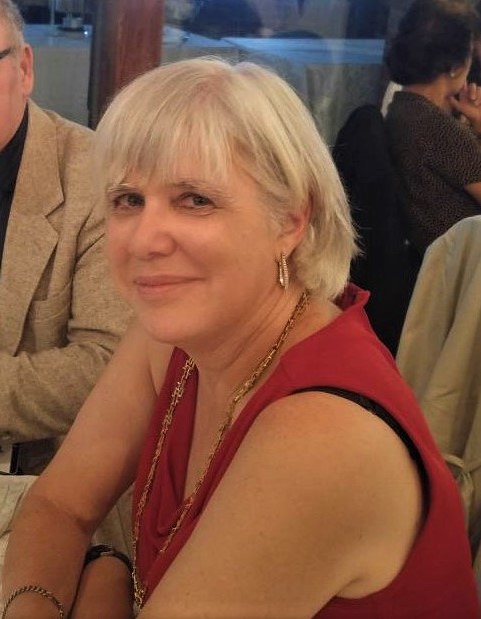 Parking and Transportation Services is one of those few units at McGill where the staff get to know pretty much everybody at the University. And the person who has been at the helm for the past 23 years probably knows more people than most. After all, Jo-Ann Sciampacone, who retires later this month, has been at McGill for 40 years.

Sciampacone got her start at the bookstore in 1982. “A friend of the family was running the McGill bookstore and one day they had a cashier who didn’t show up,” she recalls. “I was not in school anymore, but I had not found a job. So I was quite happily sleeping in, when my mother comes in and rousts me out of bed and says: ‘You’ve got an hour to get down to McGill’.”

She stayed at the bookstore for 17 years, moving up from cashier to accounts payable clerk, data entry clerk, administrative assistant, and finally, operations manager.

She’s grateful to the mentors who believed in her in those early years and whose teachings she still applies today. “George Franks, who hired me as a cashier and recognized I could be more. Marilyn Laker, who taught me everything I know about retail accounting and inventory controls – to this day I’m still doing things that she taught me to do, and teaching my staff to do them the same way. And Horst Bitschofsky, who believed that the admin assistant could become the operations manager and made it happen.”

Instrumental in maintaining a safe campus

Since moving to Parking and Transportation Services, Sciampacone has been a key member of Campus Public Safety. She is responsible for ensuring the downtown campus remains safe for vehicle and pedestrian traffic and accessible to emergency vehicles and reduced-mobility users, an area where she’s particularly uncompromising. “There’s this strange attitude – perhaps it’s in the city, not just on campus – that if someone [who does not qualify for disability parking] is using up a spot for just a few minutes, they are not inconveniencing anyone. I have no tolerance for that.”

Sciampacone was of course heavily involved in the transition toward a pedestrian-friendly campus in 2010. “That was an important milestone, and a lot of work. There used to be 200 parking spaces on campus, and now there are 40.”

Construction projects, movie shoots and events – especially outdoor ones – keep her unit busy. The first year the tradition of holding Convocation outdoors was reinstated, in 2004, sticks out in her mind. “Everybody involved was in a terrible panic that first year, wondering how we were going to manage that.”

While some events put many McGill units and their staff to the test, from the 1998 ice storm to the COVID-19 pandemic (“it’s amazing how similar a feeling both events generated, going home as the campus and the city were shutting down”), the camaraderie and knowing you are part of a team are what keep staff such as Sciampacone at McGill, she thinks.

“When you’re planning events, there’s this team that comes together to get things done at McGill. I don’t know if that happens everywhere else, but there’s this group spirit. Things often look easy and flawless from the outside, but people don’t realize there were 20 people underneath to get this done. There’s a certain pride in getting it done in a way that nobody knows how much work it was.”

Congratulations Jo-Ann on a very long and successful career at McGill!

Congratulations! It was a pleasure working together.

Congratulations to Joann on her retirement after 40 years of service. She and an employee Barbara McCaffrey (now Goodfellow) really were two very key people in aiding me in my own career at McGill, especially at startup, but always, Thank you, JoAnn for saying I was of assistance to you. Happy you made it up the ladder! Devastated at the way the Bookstore has been split up into different units and the building adapted to other endeavours. The new store was the pride and joy of our boss, late George Franks! Progress involves changes that are inevitable, and the store… Read more »

All safety and risk services integrated into Campus Public...