The University held its 48th Quarter Century Club gala on Thursday, Sept. 29, at Redpath Hall. The annual event celebrates employees who have reached 25 years of service at McGill. Principal Suzanne Fortier, Interim Vice-Principal (Administration and Finance) Morty Yalovsky and Associate Vice-Principal (Human Resources) Lynne Gervais all spoke at the event, congratulating this year’s 112 new inductees on their achievement and thanking them for their dedication and commitment. The Quarter Century Club at McGill now boasts 3,046 members. See the list of 2016 inductees below. 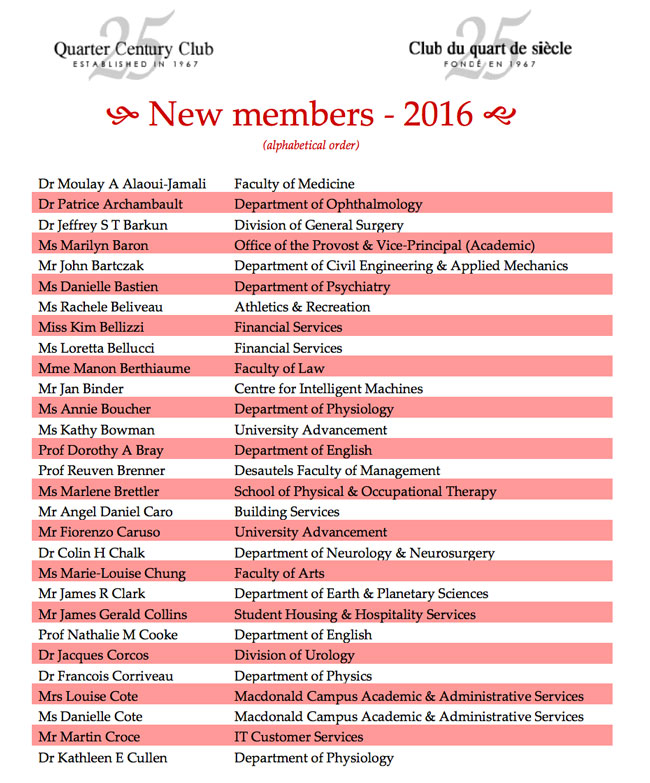 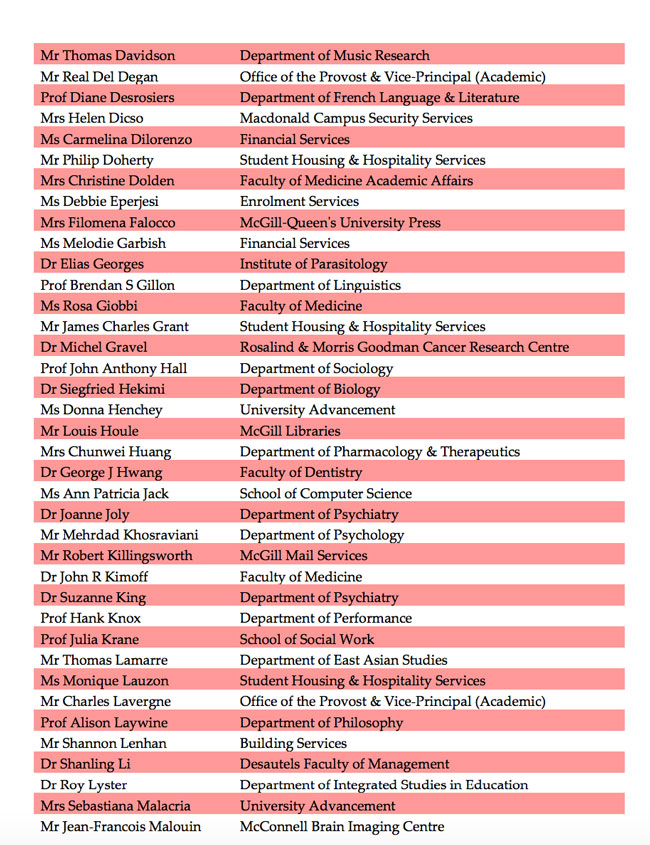 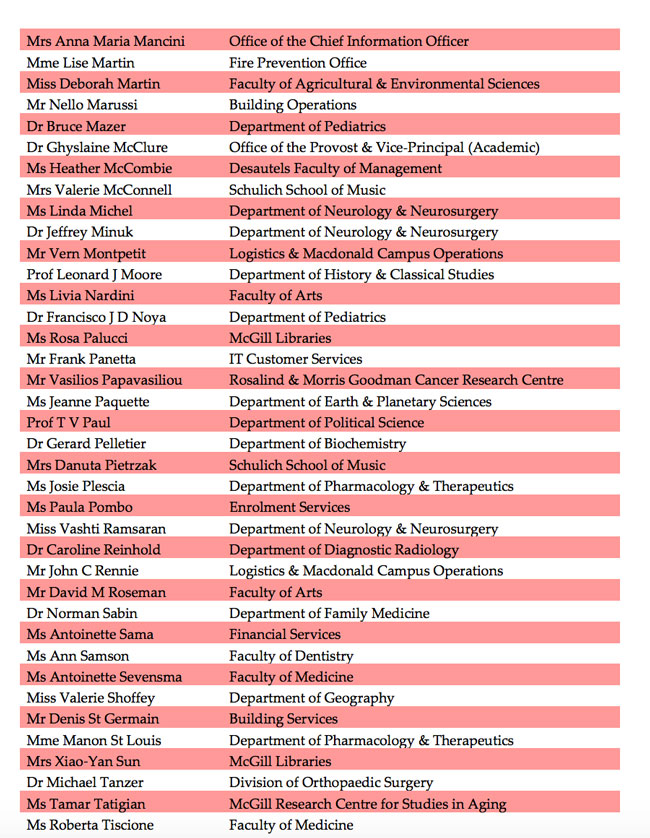 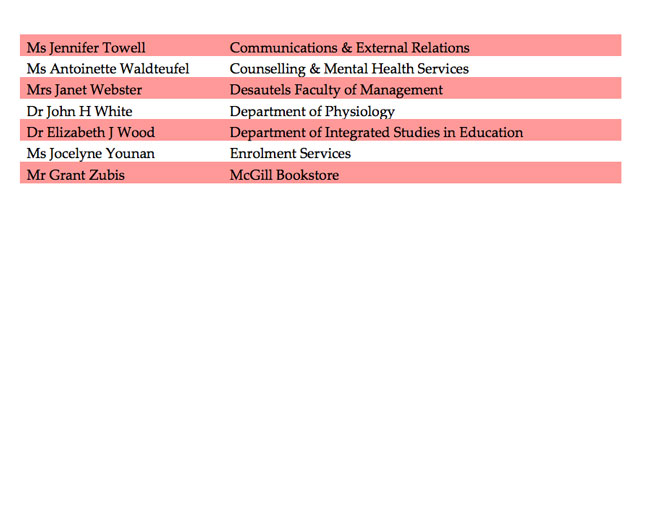