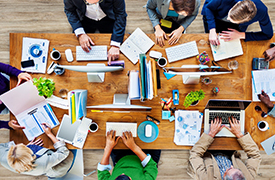 “Workday” has been selected as the new human resources (HR) and academic personnel software. It will replace McGill’s aging Banner HR and Payroll One-time Payment System (POPS) tools with an integrated system and more efficient ways of working. Both academic and administrative representatives were involved in the selection process.

“Workday” is recognized as the premier software in higher education to manage HR and related academic processes, such as the tenure and promotion process. Workday has been successfully implemented in major North American universities such as Brown, Yale, Cornell, Chicago and Georgetown, among others. McGill will benefit from the best practices of peer institutions who influence future enhancements to the product. Workday also provides full Quebec and Canada payroll functionality.

The main benefits of this software are that it is highly user-friendly and accessible. It is one source of information with no double entry of data and a seamless integration between all functionalities. It is also easier and less expensive to maintain than Banner HR and POPs.

This decision is the first milestone of the Recruitment-to-Retirement (R2R) program. This major program is sponsored by the Provost and Vice-Principal (Academic), Christopher Manfredi, and the interim Vice-Principal (Administration and Finance), Morty Yalovsky. The R2R team is now preparing the implementation that is expected to occur within two years. We will continue to inform the McGill community as the program progresses.