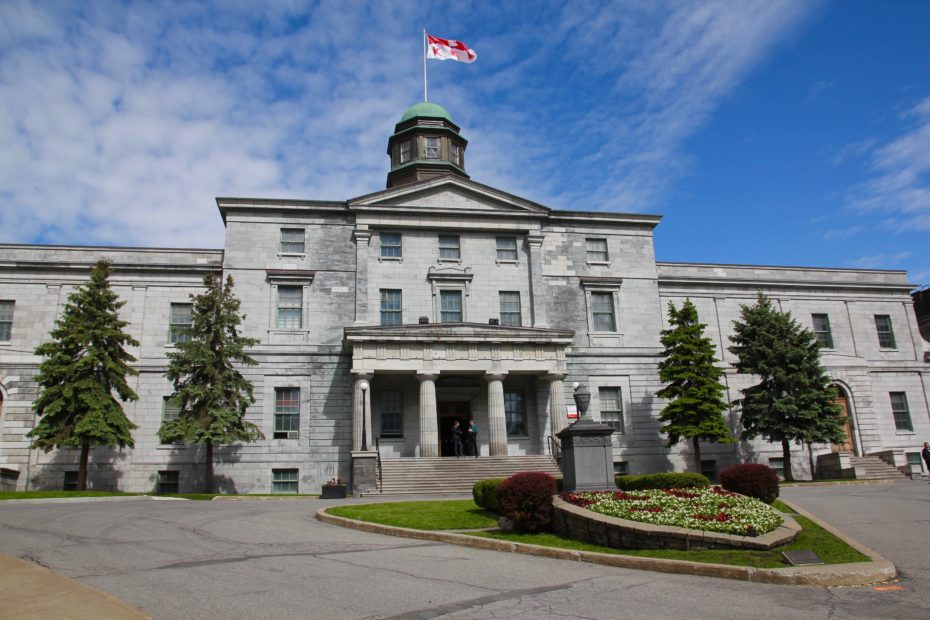 McGill rose to 42nd in the Times Higher Education (THE) World University Rankings 2020, published yesterday. The annual rankings rate almost 1,400 universities across 92 countries, making it “the largest and most diverse university rankings ever,” according to the THE website.

Moving up from 44th last year, McGill remains one of three Canadian universities among the top 50 in THE world table with strong showing in teaching, research, and international outlook. For the fourth year in a row, Oxford claimed top spot, in front of CalTech, Cambridge, Stanford and MIT, in that order.

“The 2020 rankings are our most competitive ever, with elite universities around the world coming under intense pressure to maintain their standing,” said Phil Baty, THE Chief Knowledge Officer. “For McGill to forge ahead in the rankings against such tough opposition is a great achievement, reflecting the university’s improving reputation among academics and students alike.”

In all, Canada has seven universities ranked in the top 200 this year, down from nine previously. This is balanced by the fact that Canada has 30 institutions in this year’s ranking, up from 27 last year.

“Canada performed well in this year’s rankings, with the country’s top institutions placing and progressing well among the global elite,” said Baty. “The open and welcoming message that Canada offers the world is already showing signs of helping the country to poach talent from the United States, and although there are certainly still challenges facing Canadian higher education, the country still plays host to some of the world’s best universities.”

Montreal’s Mayor, Valérie Plante, took to Twitter earlier today to congratulate McGill and Université de Montréal for making the Top 100 in the THE rankings.

McGill moves up in THE world rankings