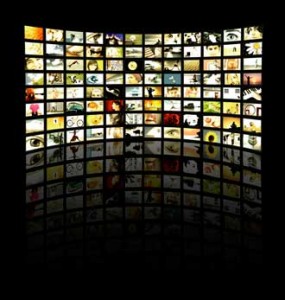 Another voice, another bridge?

The Canadian Radio-television and Telecommunications Commission is currently considering an application to distribute Al Jazeera English (AJE), the Qatar-based, 24-hour international news network, in Canada. On April 28, Media@McGill will host a panel discussion focusing on what the presence of AJE would mean for the diversity and quality of the news available to Canadians. The panelists include author and AJE international correspondent Josh Rushing, the former United States Marine Captain who was a press officer for U.S. Central Command during the 2003 invasion of Iraq and one of the first journalists hired to work for the new AJE. He will be joined by Catherine Cano, the Deputy News Director at AJE, Marc Raboy, Beaverbrook Chair in Ethics, Media and Communications at McGill and Chair of Media@McGill, and Lorna Roth, an Associate Professor of Communication Studies at Concordia University whose research focuses on the media and minorities, neo-colonial theory and development, race, representation, technologies, international communication and indigenous television and media history.

Earth Day at the Museum

The Redpath Museum celebrates Earth Day with a pair of activities on marine mammals. In Whales and Dolphins, the last Sunday Discovery Workshop of the year looks at animals that went back to the sea and why they did. The workshop is followed by the Super Science Documentary Films series presentation of Saving Luna, a feature-length, award winning 2007 documentary about a lone baby killer whale that gets separated from his family in a remote Vancouver Island fjord. A teleconferenced question period with director Suzanne Chisholm will follow the film.

International policy and academic experts, including representatives of the Canadian Government and non-governmental organizations will gather at the McGill Institute for Health and Social Policy’s annual Research to Policy Conference: Educational Equity: Global and National Strategies. The conference will present and discuss programs and policies that promote equity in education globally.  Plenary and policy sessions will address equity in pre-primary, primary, secondary and tertiary education, focusing on socio-economic status, gender, ethnicity, language, geography and disability.

The Centre for Research on Language, Mind and Brain presents its Lectures on Language Acquisition (LOLA) public lecture series for parents, clinicians and educators. Each week, a prominent McGill researcher and member of the centre will address a topic in child language acquisition, presenting the latest research findings in the areas of early language learning, bilingualism, immersion teaching methods, and reading skill enhancement. The series debuts on May 6 with a lecture entitled Talking to Toddlers: How to Maximize Language Learning in Young Children by Dr. Susan Rvachew and Mahchid Namazi of McGill’s School of Communication Sciences and Disorders. On May 13, Dr. Fred Genesee and Caroline Erdos from McGill’s Department of Psychology will discuss the practice of Raising Children Bilingually.

LOLA public lecture series: Wednesday evenings from May 6-27, 7 p.m., Room 151, Bronfman Building, 1001 Sherbrooke St. West. To register or for more information call the Centre for Research on Language, Mind and Brain at 514-398-6962 or visit www.crlmb.mcgill.ca/lola/

On Feb. 10, 2009, an inactive Cosmos-2251 satellite and an active commercial Iridium-33 satellite collided in low-Earth orbit about 800 kilometres above Siberia, creating a large cloud of space debris that could remain in orbit for decades and continue threatening other active satellites. The growing awareness of the impact of space debris upon the safety of space operations and space-based assets has encouraged some space actors to take steps to mitigate the production of new debris through the development and implementation of national and international debris mitigation measures.

On May 7-9, McGill’s Institute of Air and Space Law (IASL), in collaboration with the Cologne University Institute of Air and Space Law (Germany) and the International Association for the Advancement of Space Safety (The Netherlands) will host an International Interdisciplinary Congress on Space Debris to assess the Space Debris Mitigation Guidelines adopted by the United Nations Committee on Peaceful Uses of Outer Space in 2007 and subsequently endorsed by the UN General Assembly. The congress will also examine other international space safety and security endeavours, and propose specific and viable policy and regulatory steps to monitor and reduce space debris risks.

A high-level, interdisciplinary discussion on space, its governance and its peaceful use will precede the main event on May 6.

International Interdisciplinary Congress on Space Debris; May. 7-9, Chancellor Day Hall, Maxwell Cohen Moot Court (room 100), 3644 Peel St. To register, or for more information on the congress and its related events, visit www.mcgill.ca/iasl/ or contact Catherine Doldirina at 514-398-2768 or catherine.doldirina@mail.mcgill.ca

Nobel laureate to speak on slavery

On May 9th, McGill’s Indian Ocean World Centre will welcome Nigerian Nobel laureate Wole Soyinka to deliver New Plantations for Old, a lecture that will cap off the international conference, Debt and Slavery: The History of a Process of Enslavement, which will be held May 7-9.

Akinwande Oluwole “Wole” Soyinka is a Nigerian writer and poet considered by many to be Africa’s most distinguished playwright. In 1967, during the civil war in Nigeria, Soyinka appealed in an article for cease-fire. For this he was arrested, accused of conspiring with the Biafra rebels, and was held as a political prisoner for 22 months, during which he managed to write a significant body of poems and notes criticizing the Nigerian government. In 1986, he won the Nobel Prize in Literature – the first Sub Saharan African so honoured. He has continued to write, teach, and speak out against political and social injustice, and has been visiting professor at the universities of Cambridge, Sheffield, Yale, and most recently Duke.

New Plantations for Old: Saturday, May 9, 6 p.m., Leacock 232. The Soyinka lecture is the only part of the conference open to the public. For more information, please visit www.indianoceanworldcentre.com/.