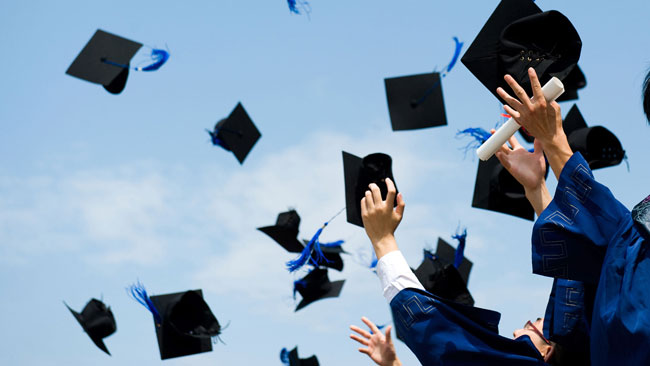 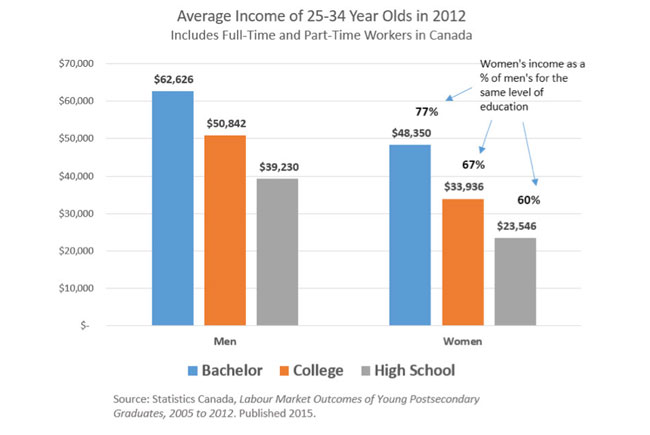 I was, well, pretty horrified to see how much less women make than men. More educated women have a smaller wage gap, but it’s still pretty large for 2012, non?

Part of the explanation is that more women than men work part-time, so you have more part-time (read: lower) salaries dragging down the average. More college graduates work part-time than university graduates, so the same effect contributes to the lower average salaries there.

Digging down by field: 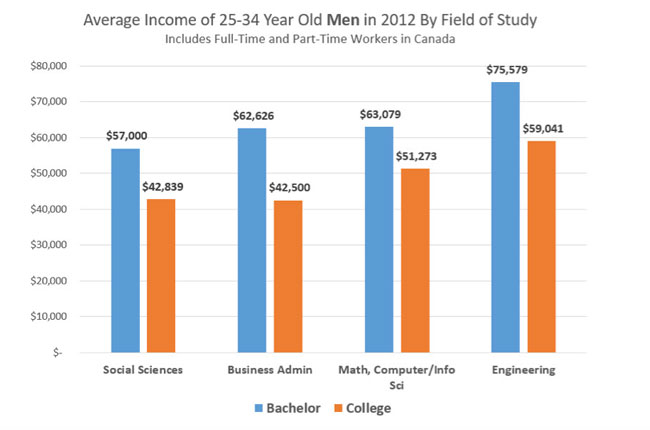 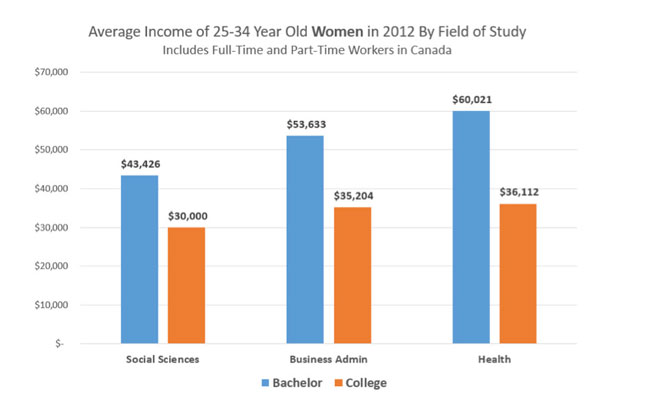 In the fields where comparison is possible (see the nerdy details, below), university grads earn more than college graduates, consistently:

OK – that’s it for income statistics for the next few weeks, anyway… beyond that I make no promises.

The nerdy details: The main purpose of the Labour Market Outcomes study was to compare incomes of young people between 2005 and 2012, to see if the 2008 downturn had eroded earning power. (Short answer: it didn’t.) Unlike the Graduating in Canada paper, this study averages out income of both full-time and part-time workers and analyzes men and women separately. It also doesn’t include graduate degrees, or professional degrees such as medicine, veterinary medicine, law or optometry. Only the fields of study that have 200 observations or more in 2005 and 2012 are included. As a result, the fields of study included for each level of education or gender are different and comparisons can be made only across certain fields. For example, social studies is represented for both male bachelor’s and college grads and a comparison can be made. However, education is represented for female holders of bachelor’s degrees, but not college diplomas, so no comparison is possible.