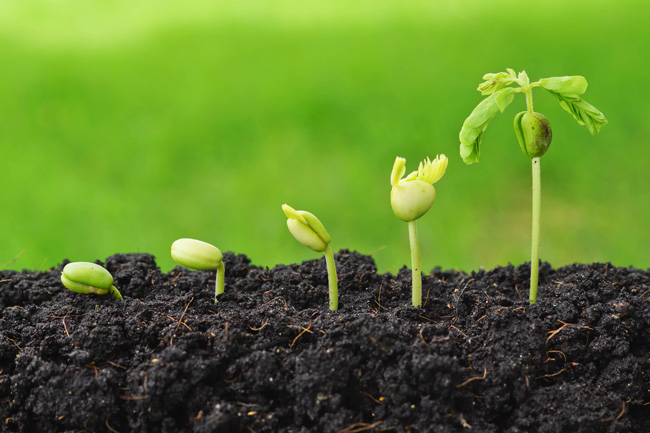 A lot of Millennials want to start a business – about one-third to one-half of young Canadians depending on the survey, region, etc. That’s not really a surprising number for the age group dubbed the “Start-up Generation.”

What is unexpected, however, is how Millennials actually fare in their quest to become entrepreneurs. While nearly 40 per cent of young Quebecers (18-35 years old) want to start a business (the highest percentage of any age group in Quebec), only 6 per cent actually do so (the lowest of any age group). Young Quebec entrepreneurs are three times more likely to have their business close within one year than business owners of other ages, according to the Indice Entrepreneurial Québécois 2015. (Ouch.)

In the rest of the country, we also skew old when it comes to entrepreneurship. People aged 45-54 have the most start-up activity, according to the Global Entrepreneurship Monitor’s 2014 report on Canada. Nearly 30 per cent of them are either planning to start a business or have launched one within the year. (That’s what “TEA entrepreneurial activity rates” means in the chart, below.) 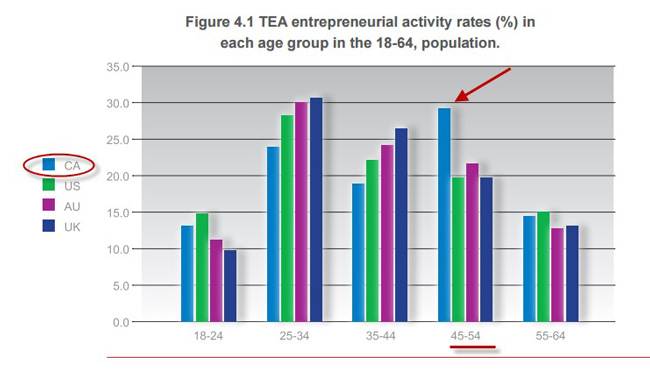 For our peer countries (the U.S., Australia and the U.K.), it’s the reverse: 25-to-44-year-olds were more entrepreneurial than the older cohorts.

Even in the U.S., entrepreneurship is becoming less of a young person’s activity. In 1996, one in three business owners were 34 years old or less. Nearly 20 years later, the figure is one in four, according to the Kaufman Index.

Maybe, I thought, this had to do with demographics… If young people made up a bigger slice of the U.S. “population pie” in 1996 compared with 2014, it would stand to reason that they would make up a bigger share of entrepreneurs, too. (Mmmm… pie.) So I crunched some numbers from the U.S. census to see. In 1996, young adults did have a bigger share of the pie, but it still doesn’t explain most of the difference, as the graph below shows. 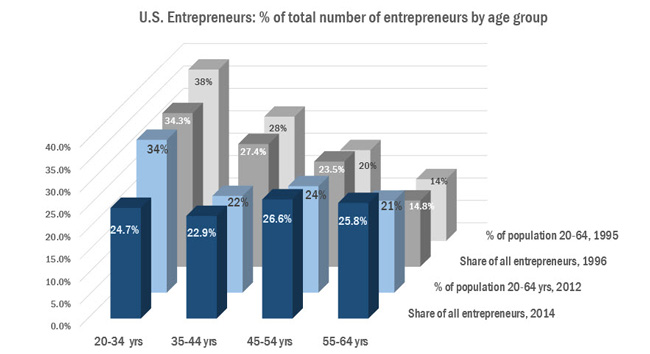 Nothing that I’ve seen explains exactly what throws the wrench into the works between the dream and the reality, but man! do we need to find out. (Stats Can? Feds? Can you put this on your agenda?). Perhaps the recent explosion of entrepreneurship training in universities will start to move the needle – though to know whether it is, we’ll actually have to track business start-ups and survival by age of the owner. (Again – Stats Can? Feds?)

Millennials now outnumber GenX and Boomers in the workforce. Canada’s economy is going to be in trouble unless we find out what is going on, and put some effort toward fixing it.

Educated entrepreneurs: check the stats, not the stereotype