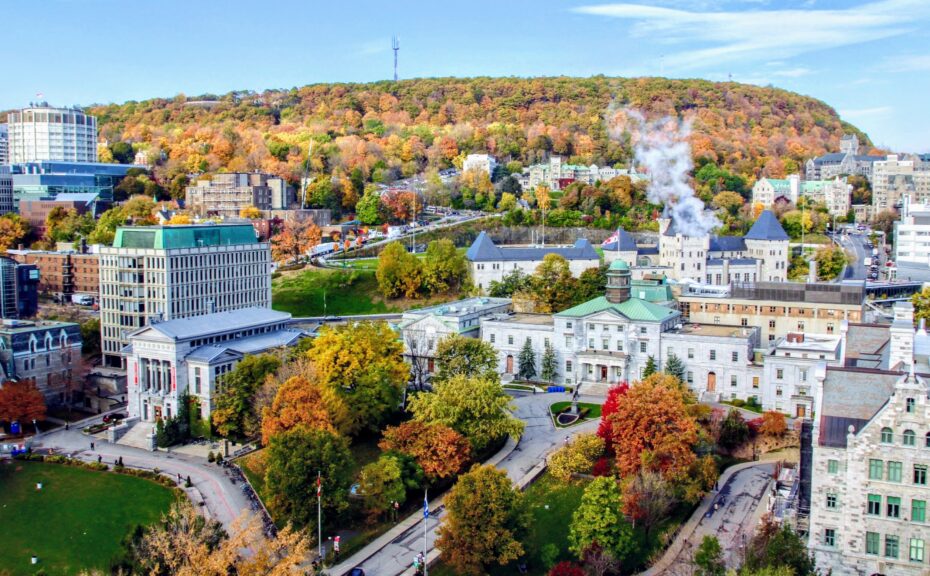 It is a story two centuries in the making. On March 31, McGill University will turn 200, making it one of the oldest and most venerated universities in Canada.

Over that period, McGill has brought together some of the world’s most talented students, teachers and researchers. With the support of dedicated administrative and support staff, the University has produced leaders responsible for game-changing advances in science, scholarship and society.

On March 31, the University will celebrate Bicentennial Day, the virtual celebration of the 200th anniversary of McGill’s founding, and the kickoff to a wide range of Bicentennial initiatives and events over the coming months. And while the Bicentennial naturally lends itself to paying homage to the University’s first 200 years, it is also an opportunity to look ahead to its third century.

“McGill has a long history of service and success. But to be an agent of progress and reform for 200 years means you can’t rest on your laurels. There are always new challenges to address,” says Gérald Cadet, Director of McGill’s Bicentennial team. “In the coming months we will have ample opportunity to celebrate the University’s storied past, but we will also look ahead to the role McGill will play in the future of Montreal, Quebec, Canada and the world.”

That future will be driven in large part by McGill students, whose commitment and creativity has been a catalyst for progress over the past 200 years.

The talent of McGill’s current class of students is in full evidence in the impact200 initiative, a competition bringing together students and recent grads to develop transformative projects to enhance the sustainability of our campuses, our city and the world.

As a lead up to Bicentennial Day, impact200 semi-finalists, chosen from an original field of 44 submissions, recently presented their initiatives to judges.

Ten finalists will be announced in early April, with each team receiving $5,000 and the help of expert mentors to develop their project over the course of the summer. Winners will be chosen in November 2021.

Spotlight on the McGill community

On top of student initiatives, the University will showcase other segments of its community in the days leading up to Bicentennial.

On March 26, the Celebrating McGill PhDs event will host a virtual panel of distinguished PhD grads, including Vice-Principal Martha Crago (Research and Innovation). Moderated by current PhD candidates, panelists will reflect upon their days as PhD students and how the experience informed their subsequent careers. The Track Report Connect Exchange (TRaCE) project, a Graduate and Postdoctoral Studies initiative that tracks detailed career outcomes for McGill PhD graduates, is organizing the event.

“The overall story of McGill is really a collection of smaller stories about students, staff, faculty and alumni – stories that have already been written and others that are yet to come,” says Cadet. “Our job [on the Bicentennial team] is to tell the stories of some of the people who have made McGill the university it is today.”

What’s a milestone birthday without a celebration?

On March 31, the main event, Celebrate 200: Launching our 3rd Century, will be broadcast beginning at 12:30 pm, and will feature musical performances, interviews and tributes, and video stories of students, staff and faculty, past and present. Two very special hosts will emcee the event.

People are encouraged to register for Celebrate 200 on the Bicentennial website, to be launched on March 22. The website will be the go-to resource for all things Bicentennial, featuring everything from detailed historical information and profiles of McGillians, to the full schedule of upcoming events.

The official launch will be preceded by an online conference at 11 am. Titled A Roadmap for Greater Food Security and Autonomy, the conference will bring together experts from McGill, industry, NGOs and government to discuss the crucial roles of education, teaching and research in improving food security and autonomy, both in Quebec and around the world.

Cadet has been spearheading the Bicentennial preparation since 2016. He and his team have been busy organizing a number of signature events, while also supporting the Bicentennial programming of individual Faculties and Units. In all, he estimates there will be hundreds of events held across McGill between now and celebration’s end.

Of course, it hasn’t been without its challenges.

“Just as with anything else, COVID-19 has upended everything,” Cadet says with a wry smile during the Zoom interview. “We’ve had to do a lot of hybrid planning so that we’re ready for virtual events or the in-person versions, depending on the public health situation. We’re watching government press conferences every day.”

“However, just as McGill did on the academic side, we have adapted the Bicentennial,” he says. “We’re ready to go.”

And while the Bicentennial programming is mostly about McGill, it has been organized to emphasize the University’s important role in the community, locally and beyond.

“The Bicentennial offers us an opportunity to dialogue with our community and with our external stakeholders, and to deepen the relationships that have been created over the first 200 years while creating new ones as well,” says Cadet. “We’re proud that McGill is anchored in Montreal and Quebec, and we want to express this during our celebrations.”

“My hope is that we’re able to share this with Montrealers and Quebeckers, because McGill is theirs as well. There may be gates, but the Roddick Gates are open for everyone.”

What an awesome milestone for McGill and wishing the university the very best as it charts its next 200 years!!

I’m so proud to have graduated from such a wonderful university. I wish I could go back to get another degree.
Happy anniversary
Anna Ganadry
ED.AB.

As it says in the article, the website will be launched on March 22. Stay tuned!

Congratulations McGill on your 200 anniversary!
I wish you all the best for the next 200 years.
I am retiring this April and I want to thank you. It has been a great journey.

Happy 200th birthday McGill. I worked for a number of years in the Database. I am proud of McGill.

Amazing! Congratulations! I will be following all the way from Kinshasa in the Democratic Republic of Congo!

Glad to be a part of the McGill story; bring on the third century!

Honored to be part of the Alumnae community of McGill. It is amazing that our Alma Mater is celebrating such an important milestone. All the best for the students and faculty!

27 years ago McGill gave a startled young woman from an unknown country called Lesotho, the best tools for a foundational career in the field of Air & Space. When I look back, I cannot begin to count my blessings for that chance of 1 in a million. The 200 years must surely have touched lives of many

Happy 200th birthday to my beloved alma mater. This is also my 50th anniversary of graduating from McGill. (B Eng.) Regretfully we are unable to go to Montreal for the big celebration. Best wishes to all from afar.

Congratulations, McGill! I am honoured to have graduated from McGill Arts and Science Faculty exactly 70 years ago. Experience at McGill contributed greatly to my productive and happy life that continues. Thanks McGill. Carry on into a great future!

Congratulations to my first Alma Mater! When I graduated in 1978 with a BA (1st Class Honours), my parents were thrilled beyond measure. My father, Guey Dang Wong, who was a self taught man, had instilled in all of his 3 children, the importance of a good education. My sister, 20 years my senior, had become a medical doctor in China, but neither of my parents had witnessed her graduation. My brother had undiagnosed learning difficulties. I was the only child born in Canada, and my father was adamant I would attend McGill University, the greatest university in the world!… Read more »

I was there for the 150th anniversary. Cannot believe how time has gone by. Happy 200th Birthday to a great university!

Coming to McGill with a scholarship from Germany has changed my life. I graduated as M.Sc in 1983 and am still in contact with my thesis advisor. Today I am proud to be the co-chair of the McGill Alumni Association in Germany. Happy 200 birthday!

Congratulations to my cherished Alma Mater on its 200th anniversary. I carry its knowledge in my head, it’s pride in my heart, and it’s history in my soul. Bonne fête McGill!

McGill University is the beacon of research and professional networks. You are my dream university.Happy200birthdayMcGill!!!!!!!!!!!!!!!!! your name is Great and ocean of knowledge, skills and experience.

Nice to be part of McGill family. Since 1985, I have been a very proud McGill engineer.

My 2 yrs of graduate studies in the dept. of mining & met was an amazing and life changing experience for me. I interacted with one of the best and brightest professors and students in academia. The city of Montreal is the best place to live and I owe my mining career success to the knowledge imparted in me by the professors in the dept. Wishing McGill more success beyond 200th and into the next century.

The 200 years have witnessed the time brings great changes to the world, hope for more breakthroughs in the continuing 200 years! I am partly made by McGill, happy 200 birthday McGill and I should also thank McGill, thanks for my Prof. Dr. LBA!!! __Wishes from Jiangnan University, China

Happy birthday McGill! Salutations to all my friends who were associated with this venerable institution.