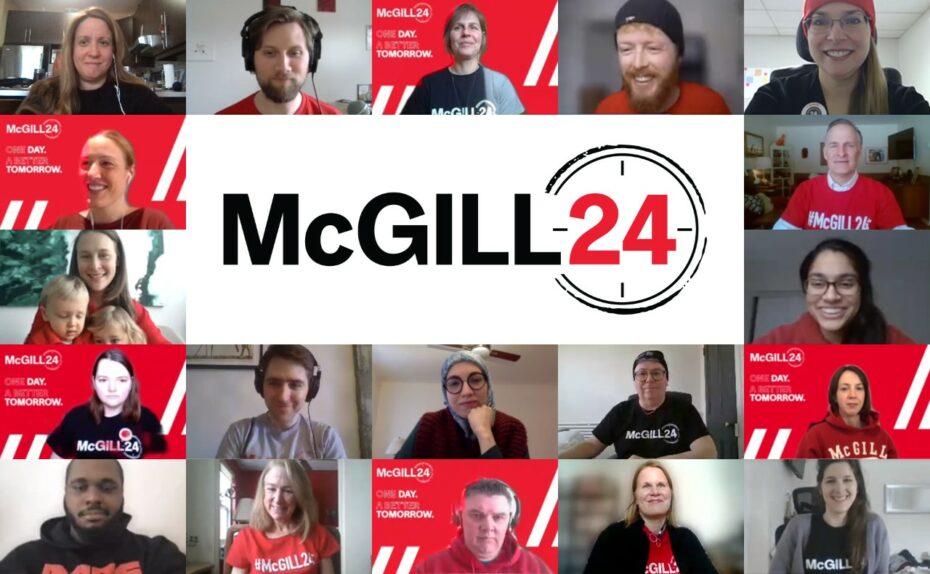 On March 10, the global McGill University community came together – in an entirely virtual way this year – to once again make a difference on McGill24, raising a record $3,810,861 in 24 hours during the sixth edition of the University’s annual day of giving. The final tally, which comes on the strength of 6,885 donations, will support McGill’s students, student-athletes, future leaders, and the everyday heroes making a difference in their communities. The campaign comes just as the University launches celebrations for its bicentennial anniversary.

The 24-hour digital campaign asked McGill’s alumni, friends, faculty, staff and students to donate in support of student programs, faculties and departments across the University. The campaign featured incentives to give, thanks to donor-contributed challenge and matching gifts that were released when donation targets were met.

The online #McGill24 conversations and virtual events held around the world demonstrated the enthusiasm of our global community.

“McGill24 has become a remarkable way for the McGill community to demonstrate its loyalty and affinity to the University, but just as importantly, it makes a tangible impact on academic and campus life,” said Marc Weinstein, Vice-Principal of McGill University Advancement. “Every year, our McGill students, alumni, faculty, staff, parents and friends affirm their belief in the University and its mission through giving generously, and their loyalty is so gratifying to see – especially in this incredibly challenging year.”

“It is incredible to see how the McGill community came together to support student projects like ours,” says Jeremy Levett, Chair of the McGill World Restart a Heart Campaign, one of the crowdfunding initiatives promoted during McGill24. “We were honoured to share our story and are so grateful for the generosity shown by donors and the matching gifts they enabled.”

All funds raised during McGill24 will also count towards Made by McGill: the Campaign for Our Third Century, the multi-year, $2-billion fundraising drive that McGill launched in fall 2019 to support its bold ambitions as it celebrates its 200th anniversary. Visit the McGill24 website for more information and statistics about this year’s campaign achievements.