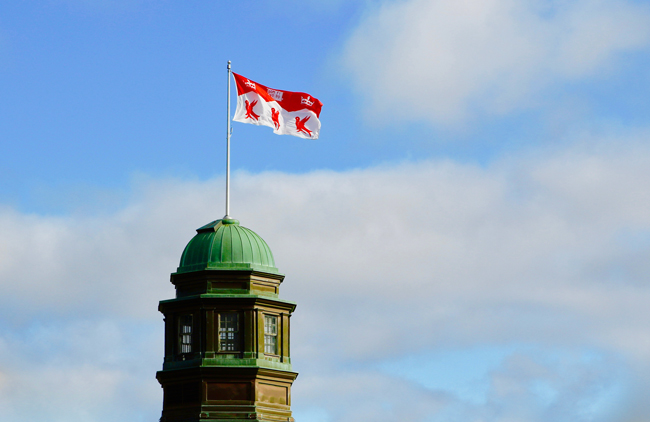 Over the past year, there have been ongoing conversations about how the McGill community can best maintain its commitment to the core principles of the University’s academic mission: academic freedom, integrity, responsibility, equity and inclusiveness.

In early November, Principal Suzanne Fortier struck the Task Force on Respect and Inclusion in Campus Life. The group has a mandate to “recommend a set of concrete measures by which the University may ensure the full and effective operationalization of its core principles across all University activities but with particular consideration paid to student life at McGill.”

“A word that’s going to come up over and over again is ‘collegial,’ ” says Task Force co-chair Bruce Lennox, Dean of the Faculty of Science. “That doesn’t mean ‘I’ll stay out of your way if you stay out of my way.’ Collegiality describes a way of interacting; you can have highly disparate views on a topic, and still have a collegial exchange of ideas.”

Co-chair Nandini Ramanujam, Associate Professor in the Faculty of Law, characterizes the Task Force “as something that is neither the beginning nor the end…. At the Faculty of Law [for example], we’ve been talking a great deal, for a long time, about safe spaces and inclusive spaces and respectful spaces. There have been many conversations between students, faculty and administration. [The University] has had task forces before about freedom of assembly and expression. This is part of a continuous process.”

Now completing what Lennox calls “the construction phase,” the Task Force membership – coming from across the University community, including three students, two staff members, and two additional faculty members – will be announced shortly.

The heavy lifting is about to begin. The Task Force will soon launch a survey of students, faculty and staff, which aims to determine how existing structures help or hinder free expression, respect and inclusion. In order to capture even more individual and group perspectives, the Task Force will conduct wide-ranging consultations on the downtown and Macdonald campuses through January. There will be open forums on both campuses in the New Year.

“It’s about who we are as an institution,” explains Ramanujam. “The more diversified we get as a community, [the more] we ought to be reflecting on creating a space for fostering diversity and creating pathways for people to connect. The rich diversity of our community calls for a continuous reflection on interactions [between, and within, various McGill populations] in different dimensions. There is vast work ahead of us.”

Before joining McGill, Ramanujam worked for the Open Society Institute and worked with the process of democratization and reform of universities in former communist countries in Eastern Europe and the Soviet Union. As the Executive Director of the Centre for Human Rights and Legal Pluralism, she now often engages with Voices-Voix, an umbrella group representing more than 200 civil society organizations across Canada. When asked to co-chair the Task Force, she found the mandate “resonated with me. I care about a respective, inclusive, enabling environment where diversity of voices finds expression.”

The University-wide consultations may very well identify particular sources of tension, but Ramanujam clarifies that specific incidents are not the focus of the Task Force.

“The Task Force is not a reaction,” she says, “it’s a proactive engagement with addressing issues that the community feels are restricting the space for free and respectful engagement. The University consists of 50,000 members and people have so many different concerns and issues. We see our mandate as looking at the broader space.”

Lennox adds that he anticipates the Task Force will make recommendations that are “mostly operational rather than brushstroke policy.”

“The level of discussion of this Task Force is about the role of respectful debate in a university,” he says. “How does one apply the freedom of expression within an academic environment? How does one make it a reality?

“There are issues that are the subject of debate, and people may bring forward these [specific] topics, but we’ll be steering the discussion in the direction of how does one engage in a respectful debate in order to discuss whatever topic.”

Ramanujam notes that similar explorations are taking place on campuses around the world, and the Task Force will study what is being done – and what is working well – at peer institutions.

“Globally, universities are undergoing deep reflection about emerging challenges and opportunities related to a rapidly diversifying community and stakeholders,” she says. “It’s part of the process of maturing and growing up. We hope to be informed by the work that is going on [elsewhere], but to also have something to share with other institutions.”

The Task Force will present a progress report to Senate on February 21, and a status report on March 28. The Principal will receive the group’s final report and recommendations by April 27. The work, however, will not stop there.

Ramanujam sees the Task Force’s goal as “fostering an environment that will carry on long after I’ve retired and current students have graduated. It’s not just [about] a one-off survey. This will be one of many surveys in order to understand whether things are changing, whether our recommendations are moving forward. What work needs to be done? In which areas? It’s not just talk, it’s action.”

Lennox speculates that, no matter what is learned over the next five months, the Task Force will recommend ongoing introspection and examination of the state of respect and inclusion at McGill.

“Many students only spend three or four years on our campus,” he says. “If we leave this to five-year intervals, it’s as if we’re bringing the subject up de novo – when freedom of expression is really the DNA of this institution. Free speech is how we share knowledge. If you can’t do it in a university environment, you can’t do it anywhere. It’s what we are.”