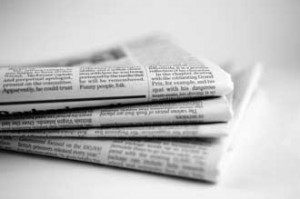 Canadians and Americans have just had their say at the polls. What role did the media play in shaping how the campaigns unfolded? Did the partisan blogs, social networking sites and 24-hour news cable change the way the election narratives were formed? Did sartorial choices (i.e. image-softening sweater-vests), puffins,  and a plumber named Joe get as much media attention as the candidates’ policy platforms? Overall, did the media do their job?

On Nov. 18, Media@McGill will host a special public event to discuss the role of the media in both campaigns and in the post-election period. The event will feature three political journalists, who will share their unique perspectives and lead the public discussion. They are: Manon Cornellier, political reporter for Le Devoir, who will discuss Canadian election coverage in anglophone and francophone media; John Ibbitson, U.S. and Canadian political columnist for the Globe and Mail, who will explore both campaigns; and Ndimyake Mwakalyelye, U.S. reporter for Voice of America TV, who will focus on the American elections.