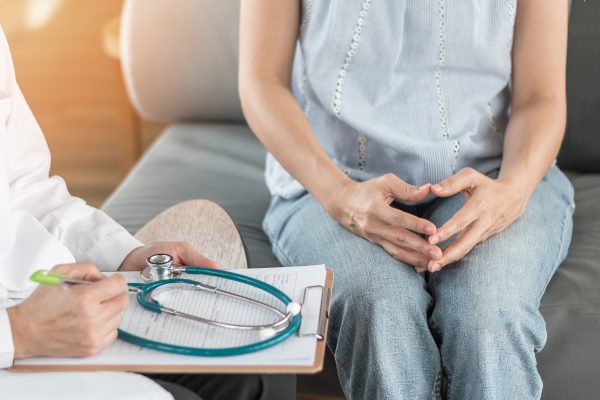 While the mortality rate for cervical cancer has declined dramatically since the 1970s, more than 400 Canadian women succumbed to the disease in 2019. A new paper, published in the International Journal of Cancer, by researchers at McGill’s Faculty of Medicine, supports a novel alternative to standard pap smears and human papillomavirus (HPV) tests, one that has the potential to detect cervical cancer earlier than ever before.

“Without exception, the cause of cervical cancer is HPV,” says Dr. Mariam El-Zein, Associate Director for Research in the Division of Cancer Epidemiology at McGill and the study’s first author.

The Canadian healthcare system is poised to replace routine pap smears with HPV testing. From Dr. El-Zein’s perspective, HPV testing has its merits, but the change may spark unnecessary panic in women who test positive. “Our office receives calls from frightened women who have HPV but may have tested negative on a pap smear,” she says. “I thought there must be a better way.”

With the support of Dr. Eduardo Franco, Chair of the Gerald Bronfman Department of Oncology, Dr. El-Zein reached out to Dr. Moshe Szyf, Professor at McGill’s Department of Pharmacology and Therapeutics. For the past 20 years, Dr. Szyf has explored DNA methylation as a prime therapeutic target for cancer.

Dr. Szyf welcomed the opportunity to explore potential links between DNA methylation and cervical cancer for the first time. “Partnering with Dr. El-Zein presented an opportunity to translate research into tools that will support cancer prevention, early detection and treatments,” says Dr. Szyf, a co-author on the paper.

“And my group had expertise in HPV and cervical cancer prevention but no clue about pan-genomic methylation analysis, so Dr. Szyf made an ideal collaborator,” Dr. El-Zein adds.

Epigenetics, by its simplest definition, is the study of biological mechanisms that switch genes on and off. Epigenetic markers can attach themselves to DNA and change its activity, switching on and off genes that either promote or restrict cancer growth. When these markers consist of methyl groups, the process is called DNA methylation.

Using cervical samples at different stages of cancer development, Dr. Szyf’s lab searched for a connection between cancer and methylation. “Our goal was to find out if we could use markers of DNA methylation to predict the progression of cervical cancer,” Dr. Szyf explains.

What Dr. Szyf and Dr. El-Zein discovered instead was an undeniable connection between cancer and methylation. They identified dozens of methylated genes within the samples, two of which had never been discovered. “To our surprise, we realized that markers of DNA methylation don’t just predict cancer – they’re markers of the cancer itself,” says Dr. Szyf.

Wary of such a definite result, they validated their research using multiple publicly-available data sets with thousands of methylation profiles from cervical cancer patients. The data led them to the same conclusion: The two new genes they discovered can detect cervical cancer with a high degree of accuracy at an early stage.

Moving toward a new gold standard

“We think that methylation will eventually replace other ways of testing for cervical cancer,” Dr. Szyf says. “HPV is a risk for cancer, but it’s not cancer itself. Methylation testing is the most sensitive tool to identify cancer at early stages. And compared to other methods that are the gold standard for testing, this is a very simple test.”

Dr. El-Zein and Dr. Szyf, in partnership with their colleagues at McGill, plan to conduct further research that will directly compare the diagnostic accuracy of methylation testing with HPV tests and pap smears. While they face many unanswered questions, they’re confident in the potential of methylation testing to revolutionize cervical cancer screening and save lives.