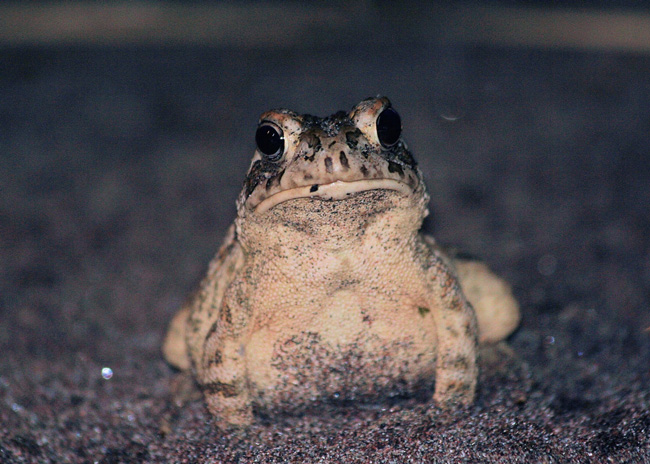 The ability to predict when toads come out of hibernation in southern Canada could provide valuable insights into the future effects of climate change on a range of animals and plants.

McGill professor David M. Green of the Redpath Museum and his students have been studying Fowler’s Toads on the shore of Lake Erie at Long Point, Ontario, for over 24 consecutive years. Green’s focus? To use weather records to predict the springtime emergence of toads from their annual eight-month hibernation – and, by doing so, determine if a warming climate is changing the toads’ behaviour.

Green found that the toads’ timing can be predicted based on environmental conditions well before the bumpy-skinned amphibians actually wake up.

“The toads are buried up to a meter deep in the sand. What drives them to come up is when the sand below them becomes colder than the sand above,” explains Green. “Year after year, on average, this has been getting earlier and earlier.”

The model Green has developed could have broader applications, he says. On the grander scale, if this approach applies to other animals and plants, too, we could generate some powerful information about what is to come as the climate warms.

The long-running project stemmed, somewhat inadvertently, from Green’s PhD research into the interbreeding between Fowler’s and American Toads. When he became a McGill professor, Green continued to study the toads’ behaviour, “Because I needed to be at the scene for the start of the toads’ breeding season, I began to note when the toads came out of hibernation,” he says. “While I didn’t set out to study climate change 25 years ago, the data I collected turned out to be far more valuable and interesting then I could have imagined!”

During the nearly quarter-century that Green has been studying toads in the field at night, he’s encountered his share of hardships. Once, his car got stuck in a sand drift, forcing him to “walk six kilometres with leaky boots with only a failing headlamp to get home,” he recalls. But the painstaking observations have made possible the model that now enables him to predict the toads’ springtime emergence.

And the work continues. To test his predictions and make them more precise, Green now has probes in the dunes at Long Point that are recording temperatures underground every 30 minutes. “What the temperature does and what the toads do should match,” Green says. “We can also apply this information to investigate when other organisms living on, and in, the dunes wake up in spring.”