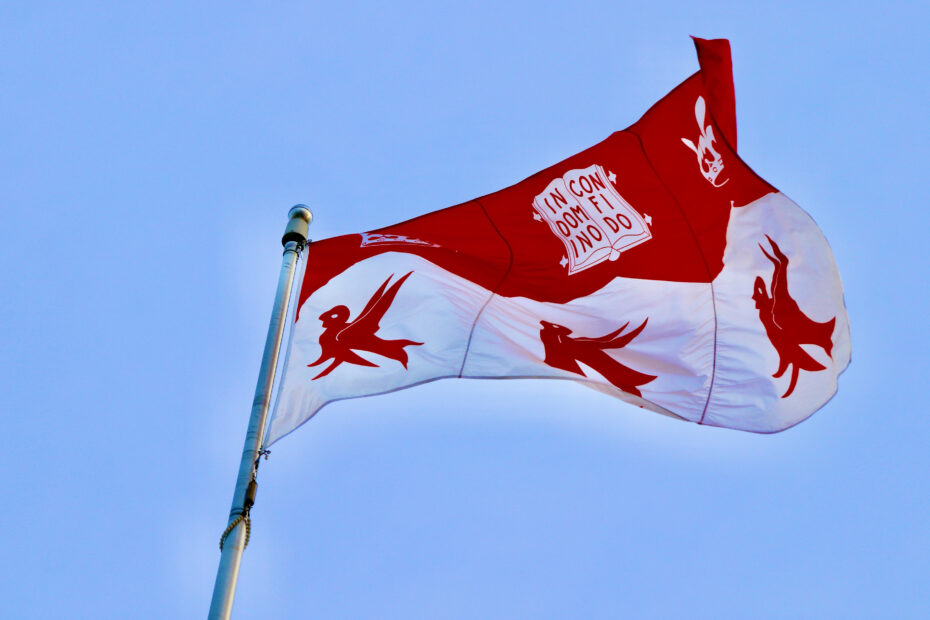 On Wednesday, June 2, Christopher Buddle, Associate Provost (Teaching & Academic Programs), and Fabrice Labeau, Deputy Provost, Student Life and Learning, hosted a third Town Hall to update the community about how the extensive planning for the return to in-person teaching in Fall 2021 is progressing. More than 2,200 students, staff and faculty participated in the event.

A recording, which includes the question-and-answer period, is available online. The coronavirus FAQ will also be updated shortly to reflect questions asked at the event.

Deputy Provost Labeau began his presentation by explaining what has changed since the last Town Hall, held on April 20. The first major change is the progress on the Quebec vaccination rollout. The province is ahead of schedule for achieving its goal of 75 per cent of adults having received the first dose by the end of June. Additionally, the province has added a new goal of giving a first vaccination to 75 per cent of Quebecers aged 12-17 by June 23.

“The other very good news that has been announced by the government is an accelerated goal for administering the second doses,” said Labeau. “And now we have a goal in the province to reach 75 per cent of individuals who have had a second dose by end of August, which is roughly the start of our term.”

The other significant positive development is the Quebec government’s reopening plan, which was announced on May 25 and will hopefully see regions quickly progress from red alert levels to orange, yellow and green.

The provincial reopening plan hinges on the idea that there will be additional lifting of public health restrictions once 75 per cent of the Quebec adult population has received a second vaccine dose—but Labeau stressed that, because McGill has such a large demographic of younger people, McGill has its eye on a somewhat narrower target population: people aged 16 to 29 years.

“When we reach the threshold of 75 per cent fully vaccinated people in that target population, and if indeed we have stable epidemiological situation, then we will not require physical distancing for activities,” said Labeau.

The University is not planning to require people to show proof of vaccination before coming to campus in the Fall.

Although the University has been developing plans for five scenarios, at the April Town Hall Labeau said that the most likely possibility was what was termed the “realistic” scenario. Based on the recent positive developments, however, he now says that even if it’s likely the Fall semester starts as “realistic,” there is an increased possibility of being able to quickly upgrade to “optimistic.”

Under the realistic scenario, all at-risk people will be vaccinated come September, along with a sizable percentage of the general population. One-metre distancing would therefore still be in effect. Most activities will be permitted, although non-essential gatherings would be limited.

“But the minute we reach that threshold of 75 per cent full vaccination in our target population in a stable epidemiological situation,” he said, “we will be able to ramp up to deploy the optimistic scenario.”

The University has previously announced much of what the realistic scenario entails in terms of academic activities:

Should the optimistic scenario come into effect, the one-metre distancing requirement would be dropped. Students and instructors therefore could expect some changes to allocated classrooms to allow for increased occupancy. (When Fall registration opened up on June 1, each in-person course was assigned a specific classroom chosen to be compliant with the one-metre requirement.)

“We would not be changing the time and day of an activity,” stressed Labeau, “but a new room allocation [could] be deployed…in such a way that we are back to zero-meter distances. So a course that is offered Tuesdays at 10:30 will remain Tuesday at 10:30, but it may change rooms.”

Labeau added that, although zero-meter distancing would free up more space on our campuses, and some courses that are currently scheduled for remote delivery would move to in-person, he still expects that “most of the very large lectures will remain online” in the optimistic scenario.

Under the realistic scenario, labs and shared research spaces would require one-meter distancing, with an occupancy cap of two-thirds of normal capacity. Should the University ramp up to the optimistic scenario, Labeau explained, “we will be of course working with no distancing, which will allow us to progressively increase the occupancy to 100 per cent.”

Prof. Buddle acknowledged the particular challenges faced by the graduate students who have spent the last year doing shift work in labs to accommodate physical distancing requirements—all while diligently trying to keep their research on track. “As we move to the optimistic scenario, it’s really going to be much more back to normal for research activities,” he said. “I think graduate students can anticipate a full return to those research activities, either right around the start of Fall, or very soon into the start of Fall.”

The realistic scenario aims for a 30 per cent initial minimum occupancy for administration and support staff workspaces by mid-August. The optimistic scenario, however, would see that number ramp up to 100 per cent occupancy (i.e., pre-pandemic levels) over a relatively short period—perhaps even over the course of September.

Labeau says the University is aware than even achieving just that initial 30 per cent occupancy “requires a lot of preparation.” Supervisors can soon expect orientation and planning sessions to help them prepare their spaces for their teams’ returns. A “return to campus” toolkit will help ensure consistent application of central guidelines, while allowing for local adaptations needed for specific circumstances.

Montreal is expected to move from red to orange status on June 7. As the city further transitions to yellow, then green, supervisors will be asked back to campus to put in place signage and otherwise prepare their workspaces so their staff can progressively return to campus “a bit at a time.”

“We’ll reach the 30 per cent initial minimum occupancy by mid-August, and then we’re ready to start this semester,” says Labeau. “And after that, when we cross that 75 per cent vaccination threshold, we’ll be able to ramp up to 100 per cent occupancy without distancing.”

Labeau also reported that the Flexible Work Arrangement pilot program, which launched in January 2020, will come back into effect when the University returns to 100 per cent on-campus occupancy. Further, in early summer the New Model of Work Project Office will announce recommendations for interim guidelines for an improved flexible work arrangement program.

Under the realistic scenario, the University will not allow most events and extra-curricular activities to take place “because either there’s actual government restrictions that prevent these events from happening, or we simply don’t have the resources on campus” because events staff have been redeployed to ensure the safe implementation of other University functions.

“But, as we ramp up to the optimistic scenario, we expect that events will be allowed,” says Labeau. “There may be some additional restrictions but, by and large, the events will be allowed.” Timing, however, remains an unknown. Labeau recommends that event planners who typically organize events for the last week of August or the first week of September seriously consider pushing their events to the second half of September “because at that point in time, there’s a much higher likelihood that we’ll be actually in the optimistic scenario.”

The Fall 2021 planning has always followed the same principles that have guided all the University’s activities since the beginning of the pandemic: the health and safety of the community above all, the continuation of McGill’s core academic mission (including the student learning experience and research), and maintaining sound human resource and financial practices.

Labeau re-emphasized that, because of the younger make-up of our student population, a university necessarily has a different target population than society at large.

“The first thing we need to realize here is that the 75 per cent [vaccination] target for us in a university is not for the general population, but for 16- to 29-year-old people.

“The second important point is it’s not just the vaccination numbers that count, we also need to be in a very stable situation, from the perspective of the transmission of the virus. So the number of cases has to be low and remain low. If these two conditions are not met, then we may remain at the realistic scenario for a longer time.”

Even with all the current promising signs of progress, Labeau noted, the University will always be prepared to pivot back toward increased restrictions should the public health situation take a turn for the worse: “Part of the planning is always having a backup, and in this case, a backup of a backup of a backup.”

He added a message of encouragement for the many people in the McGill community who may not have set foot on a campus since March 2020: The University has been diligent in deploying safety measures over the course of the pandemic “and it has paid off.” Since the beginning of September 2020, approximately 3,000 people have come to our campuses, collectively, each day for teaching activities, research, or other work—and there have been zero cases of COVID transmission from those activities. The University’s only COVID transmission events have been in student residences.

“We know it’s going to take a while for everybody to adjust [to returning to campus] and that’s expected,” he said. “We know there’s anxieties, and that’s why we’re really talking about this now, so we can slowly work together and transition together to a more open and more normal set of activities. We’ve been careful, and we’ll continue being careful and providing an environment that is inherently safe.”

In the weeks leading up to the Fall semester, individuals can expect to receive specific planning information at the local level, whether from their Faculty or unit leads, or from supervisors.

Labeau closed with a reminder for everyone to get vaccinated as soon as they can: “If we want to go back to a more normal way of working together, of teaching of learning, etc., it relies on everybody’s efforts.”

When will the library re-open?