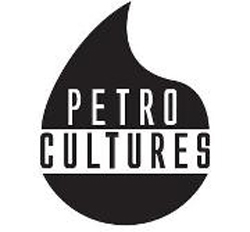 Neil Young made headlines recently when he launched a series of benefit concerts to raise money for groups who are protesting oil sands development in Canada. At roughly the same time, a group of prominent Quebeckers, including former premier Bernard Landry, issued an “oil manifesto,” calling on the province’s government to roll up its sleeves and get to work building a petroleum economy in Quebec. Oil, it seems, is at the centre of political life in Canada.

The myriad of ways in which petroleum is reshaping our politics, economy and culture will be the focus of the 2014 annual conference of the McGill Institute for the Study of Canada, to be held on Feb. 6 and 7. As workers and investment move west in Canada, has Canada’s economic geography changed, leaving Ontario’s industrial heartland to wither and decline? Will disputes over the environmental impact of resource extraction bring a new wave of political activism in Canada? How are filmmakers, novelists, playwrights and musicians responding to Canada’s petroleum boom? These and many other issues will be taken up at Petrocultures 2014.

The McGill Institute for the Study of Canada event will be held in partnership with the University of Alberta, which held its own very successful Petrocultures conference in 2012. Speakers include the authors of key books on oil and energy, such as Satya Das (Green Oil), Mary Janigan (Let the Eastern Bastards Freeze in the Dark), Stephanie Lemanager (Living Oil: Petroleum Culture in the American Century) and the always-controversial Ezra Levant, author of Ethical Oil. Among the artists participating are filmmaker Brenda Longfellow, author Warren Cariou, interactive videogame designer David Dufresne (Fort McMoney), and Alberta-based cowboy singer Tim Hus. Registration is limited, and interested persons are invited to go here for further information.

The following is a video preview of Petrocultures 2014