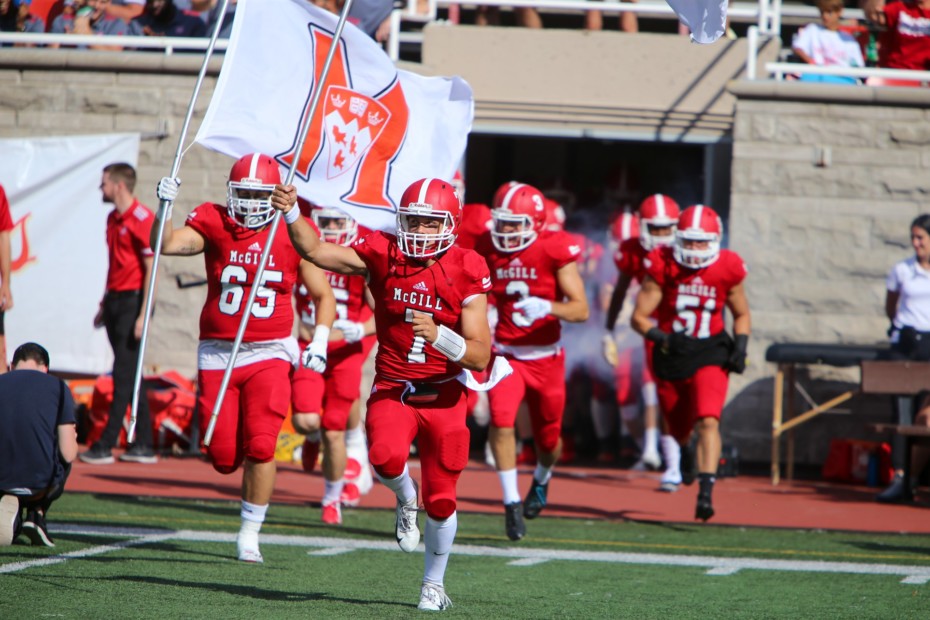 Last week, he put out an open call for 10 members of the McGill community to sit on a special committee that will lead the process of finding a new name for the men’s Varsity teams. The committee is seeking self-nominations as well as third-party nominations in order to maximize the number of qualified candidates.

“My ideal result would be receiving so many nominations, it’ll be a challenge to narrow it down to complete our committee,” says Labeau, who is looking for five current student-athletes, three student-athlete alumni, and two current varsity coaches.

“We want a diverse committee with people who come to this with a positive attitude, who will be positive contributors to the discussion,” says Labeau.

The nomination period closes on November 6; the complete committee composition will be posted on the committee website.

The committee’s precise timeline and meeting schedule are yet to be determined, but the goal is to have a new name (and requisite branding) ready for the 2020-2021 season, which begins in late August. In broad strokes, the committee’s mandate will be to:

“The committee’s final output will be a report, to the Principal, in which we present a recommendation for a new name, and outline everything we did to converge on that name,” says Labeau.

Labeau believes that this is the first time McGill has struck a committee to decide on a team name, “so I think it’s important to give it the space it needs, to get as much buy-in and participation as possible from our community.”

The committee’s core principles are openness, transparency, community participation, and a particular commitment to engaging with the student-athletes who will wear the new name, as well as coaches, alumni and the athletics support network.

“Outside of the sports community, clearly we will want to hear from the main student associations, and the people who led the ‘Change the Name’ campaign,” says Labeau, “and if people from outside McGill want to talk to the committee, we’ll make sure that we’re open to that.”

“We’ll send out a call for anybody who wants to talk to the committee to be able to do so. The idea behind this is that at the end of the process, I really want to avoid having anybody say ‘I have not been heard.’ So not everything the committee will hear will lead to an approval, but we want to hear everything.”

Wellness and Inclusion – at the heart of McGill...

Maintain your physical and mental well-being with McGill Recreation

Do you have gym envy?

Labrecque and Daoust named McGill athletes of the year