McGill’s 2021 Centraide fundraising campaign got underway on Oct. 13, and once again, this year’s campaign is set against the backdrop of an ongoing pandemic that has left many Montrealers struggling to make ends meet.

And once again, the McGill community is being called upon to make life easier for their fellow Montrealers in need – as it has many times in the past.

“McGill is committed more than ever, to our partnership with Centraide and the need to extend our support, kindness, and compassion to vulnerable Montrealers,” wrote Principal Suzanne Fortier, in a message to the McGill community. “The Greater Montreal community has been significantly impacted by the ongoing COVID-19 pandemic and large numbers of people turned to Centraide for help during this difficult period.”

Centraide, a member of the United Way, is a philanthropic organization which disperses funds to more than 350 member agencies and community groups in the Greater Montreal area. According to its 2020-2021 annual report, last year Centraide invested $74.9 million in allocations and support to agencies, helping more than 800,000 Montrealers.

Every year, McGill University joins other Montreal organizations and businesses to run their own campaigns in support of Centraide. The goal for McGill’s 2021 campaign is to raise $425,000.

Centraide’s overarching goal is to fight poverty and social exclusion in the Greater Montreal area – conditions that have been greatly exacerbated because of the ongoing COVID-19 pandemic. In response to the crisis, Centraide established the COVID-19 Emergency Fund in March 2020 to help community groups meet basic needs such as food and emergency accommodations, but also to strengthen listening, assistance and referral services for those who suffer most from social isolation – especially for seniors, the homeless and people with mental health issues. 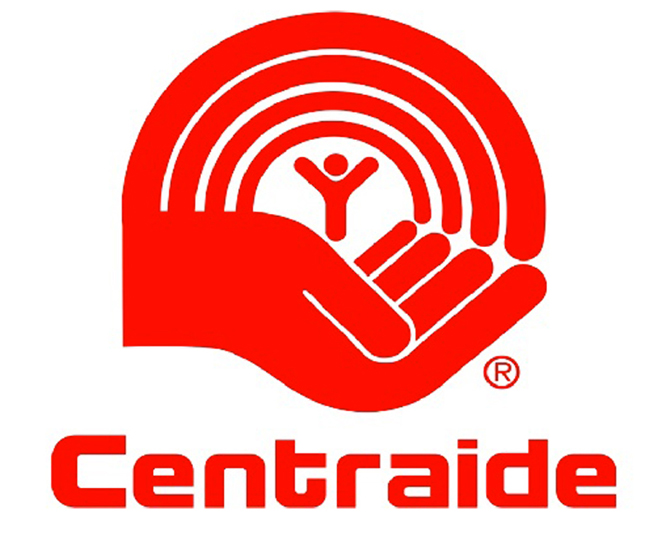 “The past 19 months have been challenging for us all, but this unprecedented period has been particularly difficult for those Montrealers who had to struggle with financial insecurity brought by the pandemic,” said Louis Arseneault, Vice-Principal (Communications and External Relations), and one of the co-chairs of McGill’s Centraide fundraising effort. “Unfortunately, many of them have lost their livelihoods, and some have lost much more. For those of us who are in a position to help, Centraide of Greater Montreal is an excellent choice – they support more than 350 community organizations across our city, and they have the local knowledge, network, and flexibility needed to send vital resources wherever they’re needed most.”

Côme Bardi de Fourtou, the philanthropic development consultant for the Centraide campaign, says the demand for community services tripled in the months following the onset of the pandemic, and has remained well above pre-pandemic levels ever since. But as demand increased, he says the staff and volunteers required to keep those community services going hasn’t – and are now being stretched to their very limits.

“The adrenaline at the beginning of the pandemic and the sense of urgency has now given way to the exhaustion of our human resources,” he says. Bardi de Fourtou says that many experienced managers are on sick leave, and community agencies are seeing unprecedented high turnover rates. “The inability to fill positions or retain employees, because of too much competition and low salaries, greatly complicate the work in the field.”

According to a province-wide study done for Comité sectoriel de main-d’œuvre économie sociale et action communautaire, while many people and families were struggling financially because of the layoffs and furloughs at the beginning of the pandemic, community agencies also felt the pinch. The study shows by June of 2020, half of those community groups surveyed lost revenue since the pandemic began in March, which further strained the groups’ ability to pay and retain their workers.

Anja Geitmann, Dean of the Faculty of Agricultural and Environmental Sciences, and co-chair of this year’s McGill Centraide campaign, says the ongoing pandemic continues to be a major challenge for too many Montrealers, on many levels.

“Those living in disadvantaged conditions have been disproportionally challenged by this pandemic, particularly when it comes to the ‘digital divide’ – not every family has access to the digital tools that allow them to work or be educated remotely – job security, and confined living conditions,” Geitmann said. “These issues were compounded by the effects of the pandemic on mental health and the constant risk to physical health associated with many types of jobs. That’s why it’s crucial that this year, more than any other year, we help out, and Centraide is a great and efficient way to do so.”

Making matters worse, a sudden sharp increase in food prices in recent months is hitting poor Montrealers the hardest – a condition which can only get worse with the long cold winter just around the corner.

“With rising food prices in 2021 due to various circumstances – lack of workers, transportation issues, climate change – the cost of your food is rising,” says Centraide’s Anida Jekyll. “For those who are on a fixed income, such as seniors or students, it has become harder to purchase food. Therefore, the impact to food banks has risen as well.” Centraide’s 2020-2021 annual report noted that 28 per cent of adult Montrealers struggled with food security during the lockdown.

Centraide says since the beginning of the pandemic, even relatively comfortable middle-class families have lost a significant amount of their purchasing power, and that other expenses, such as housing and transportation, have also been inching higher in recent years.

The uptick in demand is already being seen at Moisson Montreal, Canada’s largest food bank, which collects excess food from retailers, producers and wholesalers and redistributes it to other food banks and agencies. Every year, Moisson Montreal gives out $117 million worth of food, through 288 community organizations.

Richard Daneau (McGill B. Comm., 1986), Moisson Montreal’s executive director, suggests that while Montrealers have been more generous with food donations since the start of the pandemic, those donations are still not enough to keep up with the spiraling demand. He says the Centraide campaign will be important for Moisson Montreal’s bottom line.

“This year [donations from the Centraide campaign] should represent approximately 6 per cent of our overall revenues,” Daneau said. “Our operating model based of food recovery allows to give $15 worth of food with every dollar in cash donations.”

As was the case in 2020, this year’s Centraide campaign will be all-virtual, with many of the traditional McGill fundraisers, such as trivia nights and ping pong tournaments, being held online.

“As with last year, many of our perennial on-campus traditions will be re-imagined, and new ones will be added,” Principal Fortier wrote. “I have confidence in the creativity and empathy of our community, and our ability to find solutions in the face of such challenges.”

In 2020, the McGill community answered the call, raising more than $500,000, including money donated to an emergency fund created for Centraide at the beginning of the pandemic to help community groups deal with the exceptional demand. That was well above the $400,000 target.

We can work together as a strong McGill community and raise funds for those in need.
Let’s put our hearts together
Eyal Baruch
Athletics and Recreation
Member of the McGill Centraide committee for past several years

McGill to launch its 2020 Centraide campaign