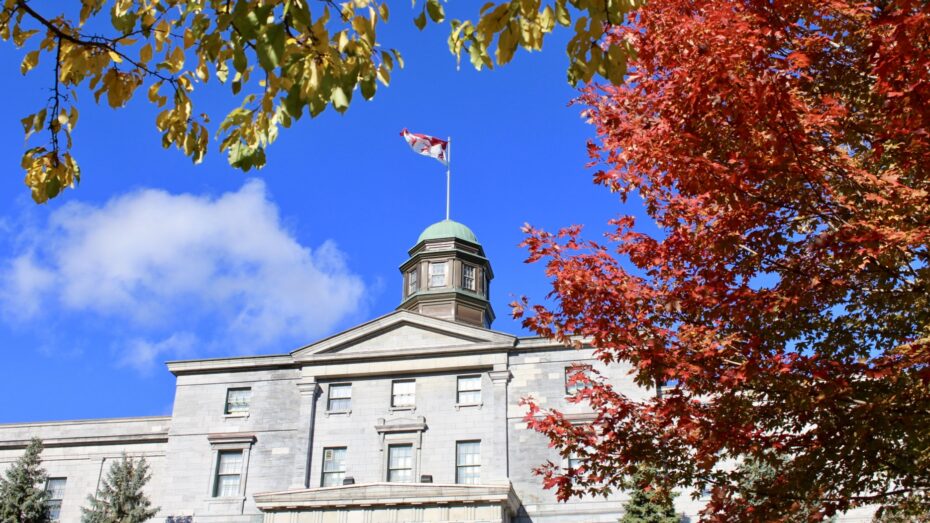 Like Thanksgiving and Halloween, Maclean’s Magazine’s annual university rankings have become a Canadian fall tradition. And, it would appear, McGill being named the country’s top medical-doctoral university, is part of that tradition.

“Our continued success in the Maclean’s rankings speaks to the exceptionally high calibre of our students, faculty and staff,” said Principal Suzanne Fortier. “That we, and so many other universities in Canada, have been able to maintain this level of excellence – even through COVID – is an accomplishment we should all be proud of.”

The rankings in five broad areas – students, faculty, resources, student support and reputation – are based on 13 performance indicators.

One of the keys to the University’s ongoing success is excellence across the board, not just in a select few domains. This year, McGill ranked in the top three in nine of the list’s 13 performance indicators, up one from 2020.

This student support is one of the crucial elements in creating an environment in which students thrive. For the fifth year in a row, the University is tops in Canada for student awards. This indicator calculates the number of students, per 1,000, who have won national awards over the past five years.

McGill also ranked No.1 in library acquisitions for the seventh consecutive year in a row. This indicator measures the proportion of the library budget allocated to updating the university’s collection, including electronic access.

Finally, the University topped the field in the social sciences and humanities grants for a tenth consecutive year.

The University also moved up in several indicators, including Faculty Awards (2nd) and Student/Faculty Ration (3rd).

Cindy Blackstock touted as one of Canada’s most influential...