Many great thinkers have delivered McGill’s Beatty Lecture over the years, yet in the history of the program only one has been invited to return to speak under the Beatty banner. In celebration of Canada’s longest-running lecture’s 65th anniversary, McGill’s Office of Research and Innovation in collaboration with University Advancement are delighted to again welcome Dr. Jane Goodall, as the Beatty lecturer. The program will be presented during annual Homecoming festivities on Thursday, September 26. Tickets for alumni, students and the public will go on sale on August 15.

Goodall delivered her first Beatty Lecture in 1979, where she shared stories about her groundbreaking research on chimpanzee behaviour in Gombe, Tanzania. Forty years later, Goodall returns to McGill to talk about the critical need for environmental stewardship and the power each individual has to bring about change.

“Jane Goodall’s contributions to science, followed by her role as an internationally renowned advocate for conservation, make her a true icon for our era,” said Martha Crago, Vice-Principal (Research and Innovation). “I very much look forward to welcoming her back to McGill in the fall and experiencing what is sure to be another memorable Beatty Lecture.”

At the age of 26, Jane Goodall’s observation of tool use by chimpanzees redefined the relationship between humans and animals and revolutionized the world of primatology. Now at 85 years of age, Goodall travels over 300 days a year as a tireless champion for environmental stewardship.

Founded in 1977, the Jane Goodall Institute is a global network of 24 chapters working with local communities for conservation solutions that benefit people and wildlife. Initiatives include Jane Goodall’s Roots & Shoots, a youth empowerment program with active groups in 50 countries, including a chapter at McGill. Goodall is also a United Nations Messenger of Peace and a Dame Commander of the Order of the British Empire, amongst her numerous awards and honours. 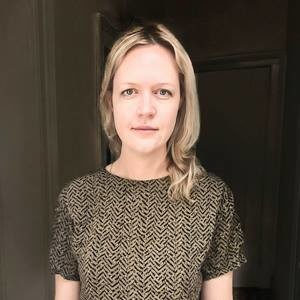 McGill and FAU join forces for AI in Medicine