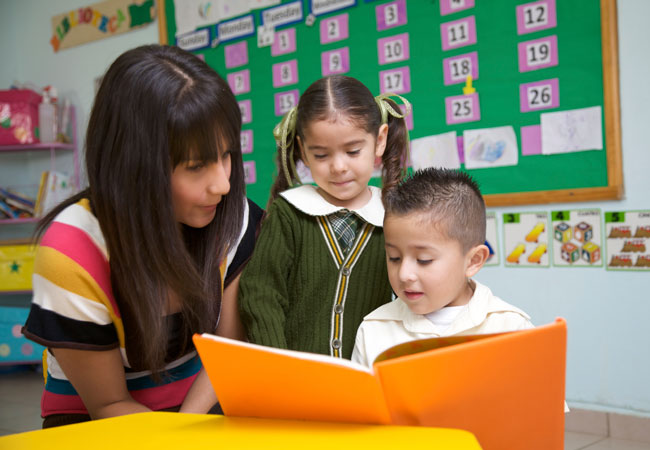 You may believe that you have forgotten the Chinese you spoke as a child, but your brain hasn’t. Moreover, that “forgotten” first language may well influence what goes on in your brain when you speak English or French today.

In a paper published recently in Nature Communications, researchers from McGill and the Montreal Neurological Institute describe their discovery that even brief, early exposure to a language influences how the brain processes sounds from a second language later in life. Even when the first language learned is no longer spoken.

It is an important finding because this research tells scientists both about how the brain becomes wired for language, but also about how that hardwiring can change and adapt over time in response to new language environments. The research has implications for our understanding of how brain plasticity functions, and may also be important information about creating educational practices geared to different types of learners.

The researchers asked three groups of children (aged 10 – 17) with very different linguistic backgrounds to perform a task that involved identifying French pseudo-words (such as vapagne and chansette). One group was born and raised in unilingual French-speaking families. The second group were adopted from China into a French-speaking family before age three, stopped speaking Chinese, and from that point on heard and used only French. The third group were fluently bilingual in Chinese and French. As the children responded to the words they heard, the researchers used functional magnetic resonance imaging (fMRI) to look at which parts of their brains were being activated.

Although all groups performed the tasks equally well, the areas of the brain that were activated differed between the groups. In monolingual French children with no exposure to Chinese, areas of the brain, notably the left inferior frontal gyrus and anterior insula, expected to be involved in processing of language-associated sounds were activated. However, among both the children who were bilingual (Chinese/French) and those who had been exposed to Chinese as young infants and had then stopped speaking it, additional areas of the brain, particularly the right middle frontal gyrus, left medial frontal cortex, and bilateral superior temporal gyrus were activated.

The researchers found that the Chinese children who had been adopted into unilingual French families and no longer spoke Chinese, and so were functionally unilingual at the time of testing, still had brains that processed language in a way that is similar to bilingual children.

“During the first year of life, as a first step in language development, infants’ brains are highly tuned to collect and store information about the sounds that are relevant and important to the language they hear around them,” said Lara Pierce, a doctoral student at McGill and the first author on the article. “What we discovered when we tested the children who had been adopted into French-language families and no longer spoke Chinese, was that, like children who were bilingual, the areas of the brain known to be involved in working memory and general attention were activated when they were asked to perform tests involving language. These results suggest that children exposed to Chinese as infants process French in a different manner to monolingual French children.”

The researchers believe that their findings speak to the unique and lasting influence of early language experience on later brain organization, as well as to the brain’s ability to adapt to new language environments in order to gain proficiency in a new language.

“The adopted children we tested have an interesting background because they were exposed to one language from birth, but completely discontinued that language at a young age when they were adopted into families who speak a different language,” says Pierce. “This is very interesting from a language development perspective because it allows us to look at the influence of just that very early period of language development on later language processing, separately from the effects of ongoing exposure to one or more languages.”

The researchers are interested in knowing whether similar areas of the brain would be activated if the languages that had been “lost” and “gained” through adoption were closer together than Chinese and French, such as French and Spanish for example.