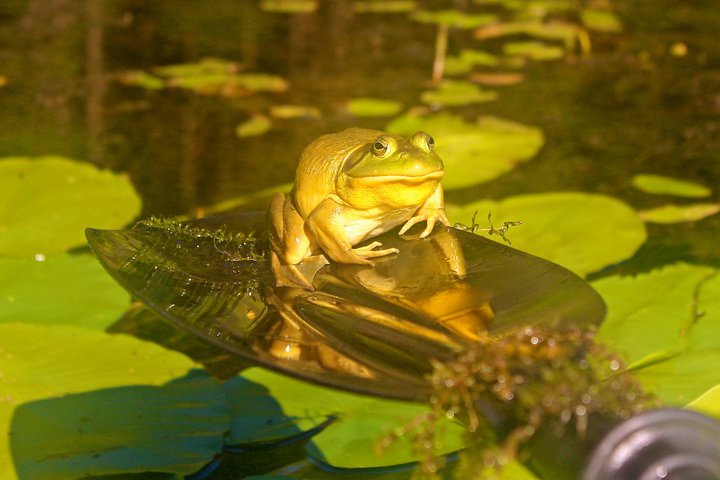 To mark 30 years of research into amphibian population declines and Canada’s pivotal contributions to this important research initiative, the Redpath Museum is hosting the Amphibian Decline Symposium (September 20) on amphibian ecology and conservation biology, bringing together many of the principle researchers now making significant advances in the field.

Biologist Benedikt Schmidt from the University of Zurich, Switzerland will be one of the presenters at the conference.

Earning his undergraduate degree from the University of Basel in 1996, Schmidt left the university and worked in amphibian conservation for a governmental conservation agency. He remained active in conservation and manages a nature reserve.

After three years in conservation, Schmidt returned to the Zoology Institute, University of Zurich, for a PhD on predator-induced phenotypic plasticity in larval newts.

Following his PhD, Schmidt began a “dual career” in conservation science and practice. He started to work for info fauna karch in amphibian conservation and continued his life as a scientists as an independent group leader in the Department of Evolutionary Biology and Environmental Studies, University of Zurich. His research focuses on the conservation biology of amphibians.

In advance of the symposium, Schmidt spoke to the Reporter about the multifaceted mechanisms threatening the world’s amphibians, and why governments need to take a greater interest in preserving them.

Your research centres on amphibian conservation – what has changed since you began?

When I started I was mostly interested in the demographic processes underlying population dynamics and population declines. A second focus of my research was on methods that can be used to estimate the size of amphibian populations in a reliable way. The good news is that we have made major advances in both research areas. For example, people nowadays use more reliable methods when they study amphibian populations.

Historically, the main focus of amphibian conservation science was on the loss and degradation of the habitats used by amphibians. Today there is much more focus on new and emerging drivers of amphibian population declines. Now we talk much more about pollution, pathogens, climate change and invasive species. They are relatively novel threats.

Why should governments care more about amphibian conservation?

It seems obvious to me that the government should care about the environment, biodiversity in general and amphibians in particular. Are there any good reasons why they currently don’t care as much as they should?

Why have amphibians managed to survive and what is at risk for them given the current state of our environment?

Amphibians have been on this planet for a very long time. They survived mass extinction events that other species, such as the dinosaurs, did not survive. Thus, they are very resilient to environmental change. They can adapt to many things, including human-altered landscapes.

Nevertheless, the future of amphibians does not look good because there are many threats that we cannot control. Maybe we could control some, such as pollution or invasive species, but there is not enough political will, manpower and financial resources. Human population growth and the associated loss of habitats drive species to extinction. I believe that we will continue to witness amphibian declines at local, national and global scales but there may be local conservation successes where highly motivated conservationists are active.

You’re coming to the Redpath Museum to participate in the Amphibian Population Declines symposium on Sept 20. Why is this meeting significant?

The meeting is important because it brings together researchers that have made important contributions to amphibian ecology and conservation biology. The meeting therefore summarizes what we know. I hope that speakers at the symposium will also talk about what we don’t know yet but really need to know. I hope that the symposium and the proceedings will inspire both experienced and young researchers to do more research that will allow conservationists to better manage populations.