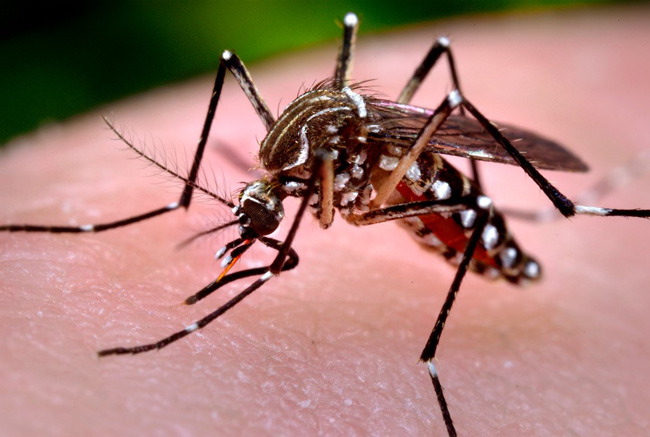 On Monday, the World Health Organization declared the mosquito-borne Zika virus outbreak in Central and South Americas a public health emergency. The virus has been linked to microcephaly, a congenital malformation by which babies have abnormally small heads and may suffer from delayed brain development. While no recommendations have been made to restrict travel or trade, Canadian and U.S. authorities advise pregnant women outside the affected countries to consider delaying travel to the region.

In the first of a two-part feature on the Zika virus, the McGill Reporter spoke to Dr. Anne Gatignol, from the Dept. of Medicine and Microbiology & Immunology, what we need to know about the Zika virus. Students who are concerned about the virus and travelling to affected areas should consult a message on the Student Health website.

Even though Anne Gatignol is a lead researcher at the Lady Davis Institute and a professor in the Dept. of Medicine and Microbiology & Immunology, she admits to not having heard of the Zika virus until 2013, when a friend contracted it during a trip to French Polynesia.

“Initially, trying to find information on it was not easy, because there wasn’t a lot out there,” she says. “But the more I learned, the clearer it was that this was a virus to watch.

“I now include it in the courses I teach on viruses in a section on emerging viruses, along with Ebola and other mosquito-borne viruses,” she says.

In recent weeks, many more people have joined Gatignol in watching Zika as it makes headlines around the world – culminating in yesterday’s dire announcement by the Dr. Margaret Chan, director general of the World Health Organization (WHO) that the Zika outbreak in Latin American countries has become “a public health emergency of international concern.”

Although a newcomer to mainstream media, Zika has been around for at least 70 years when, beginning in 1947, it was first recorded in monkeys in Uganda’s Zika Forest. The first recorded cases in humans came in 1952, when three people contracted the virus in eastern Nigeria.

It was thought that the disease was contained to Africa and parts of Eastern Asia until 2007, when an outbreak on Micronesia’s Yap Island resulted in 49 confirmed cases. Eight years later, in 2013, Zika ran rampant through the French Polynesian Islands, affecting thousands of people.

Brazil recorded its first case of locally transmitted Zika in May 2015. Seven months later, by the end of Jan. 2016, authorities estimated between 440,000 and 1.3 million people have contracted the virus. Some scientists estimate that 4 million people could catch Zika by year’s end.

While WHO officials admit that it could take six to nine months before the link between Zika and microcephaly can be proven scientifically, a dramatic spike in cases of babies born with the congenital defect in Brazil coincided with the recent Zika outbreak. This is consistent with similar clusters around the world in which the incidences of microcephaly came hand-in-hand with a rise of the virus.

“After a review of the evidence, the committee advised that the clusters of microcephaly and other neurological complications constitute an extraordinary event and public health threat to other parts of the world,” said Chan in yesterday’s announcement.

While Zika is considered fairly benign if contracted by most people – symptoms include a mild rash, headaches and conjunctivitis – McGill’s Gatignol is quick to point out that there is still a lot to learn about the virus. “It is generally a mild disease,” she says. “However, we should be careful about possible neurological complications and even subsequent eye problems. We’re still learning.”

Gatignol says the best protection against Zika is to avoid getting bitten altogether. Should people travel to affected countries they should consider using bed netting and insect repellants, and wearing pants and long sleeves. Pregnant women or women planning on becoming pregnant should delay their trips altogether.

When asked about reports that researchers are fast-tracking work on developing a vaccine within a year, Gatignol is guarded. “Certainly, if things go well, they could be testing a vaccine within a year,” she says. “But I would be more cautious because for some viruses, it takes much longer. Look at Dengue – it is a virus from the same family that has been around much longer and people have been working on a vaccine for a long time and we still don’t have one.”

In the second part of our feature on the Zika virus, McGill’s resident mosquito expert, Chris Cloutier will discuss how mosquitos acquire and transmit diseases and measure the likelihood that Zika-infected bugs could make it up to Canada.

What’s the buzz over the ‘Zika mosquito’?