Hands still sticky with stolen sugar, Mommy’s little cherub denies any knowledge of missing doughnuts. An apple-cheeked tyke, all pigtails and big blue eyes, surveys a freshly crayoned wall and then rats out the family beagle. Nobody knows who put a baseball-shaped hole in that window; it’s a cold case for the ages. Yes, we may idealize childhood as a time of purity and innocence, but the bald truth is that most kids learn to lie around age four or five. In playground vernacular, their little pants are very much on figurative fire. And that, says Victoria Talwar, associate professor in the Department of Educational and Counselling Psychology, is as it should be.

“Sometimes worried parents say to me, ‘Oh no! My son just told his first lie!’ but learning to lie is actually part of normative behaviour,” Talwar explains. “It’s related to cognitive development. Lying is almost a by-product of coming to understand that other people have knowledge and thoughts that are different from them—and that they can manipulate those thoughts and beliefs. So parents shouldn’t worry.”

“Besides,” she wryly adds, “that probably wasn’t the first lie that child told. Just the first one the parents clued into.”

Lying is difficult to observe in the field—it’s an inherently secretive behaviour, for one, and detection requires knowledge of the truth that observers may not necessarily have—so Talwar’s research is largely built on controlled, empirical studies based in the lab. In her temptation-resistance paradigm study, for example, she tells a child there is a toy behind his or her chair, and they mustn’t peek at it. She then leaves the room, and a hidden camera captures the child’s behaviour; 82 per cent of children sneak a look within 10 seconds of being left alone. Talwar returns to ask questions about the mysterious object. Seventy-four per cent of peekers lie, but their success largely depends on age, with children less than seven years old usually showing difficulty sustaining the deception:

Did you look at the toy?

What do you think it is?

Why do you think it’s a red doggie?

Because I saw it! 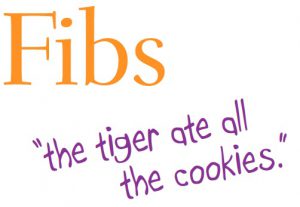 But some children, like some adults, lie a lot. Talwar also studies how lying goes from being normal to maladaptive, and ways that adults can promote truth-telling in kids. Working with frequent collaborator psychology professor Kang Lee, she looked at lie-telling behaviour among students at two very different schools in West Africa (as part of the research agreement, the schools’ locations are kept confidential). Teachers at one school favoured severe corporal punishment, routinely slapping students for giving wrong answers and spanking children who misbehaved; teachers at the other school used nonphysical discipline methods, such as time-outs. Students at the latter school were, generally, not terribly sophisticated liars and many didn’t lie at all. Students facing corporal punishment, however, lied frequently— and well. “You might as well go for broke and try lying to avoid getting hit,” reasons Talwar, “but you’d better be good at it. So certain discipline styles actually provide a strong motivation to learn to lie well.”

She’s found that telling children moral stories that emphasize positive consequences (e.g., George Washington’s father praising the budding lumberjack for his honesty) are more effective than those emphasizing negative outcomes (e.g., boy cries wolf too many times, boy loses flock). “If you give children reasons why it’s important to be honest,” she says, “they’re more likely to internalize the moral standards and change their behaviour. You might get immediate compliance from emphasizing punishment, but it doesn’t change them to become more honest.”

Talwar’s research has obvious implications for parents and teachers, but it has also had unexpected resonance in Canada’s legal world. In 2005, the Canadian parliament invited Talwar, Kang Lee (then at Queen’s University, now at the University of Toronto), and Queen’s law professor Nicholas Bala to present a brief on the effectiveness of competency testing for child witnesses. Traditionally, before a child was allowed to give testimony, they had to answer a series of questions to show they can differentiate between truth and lies. Good idea, says Talwar, “but in practice it had no utility. They would ask children things like, ‘Can you tell me what the truth is?’ That’s a hard question even for an adult. Children’s inability to answer those kinds of questions has no bearing on their likelihood for telling the truth.” Many cases fell apart because a key child witness failed this test. In a January 2006 ruling, later upheld by the Supreme Court, child witness competency testing was removed from Canadian courts.

How, then, can we best assure truth from young witnesses? Well, as much as reality flies in the face of our “innocence of children” pipe dreams, the answer is simple.

“If you ask children to promise to tell the truth,” Talwar says, “my studies have shown they’re 50 per cent less likely to lie. It doesn’t mean all children will tell you the truth, but it does have a significant impact on their behaviour, especially at a young age.

“Just ask any parent who’s heard complaints about not keeping their promise to stop for ice cream after soccer practice—children take promises seriously.”