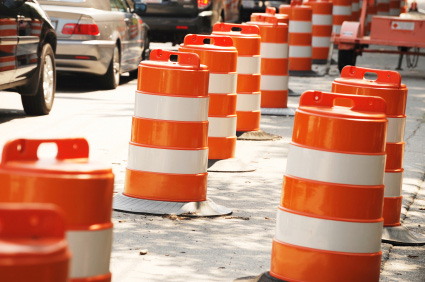 As part of the work required to create the City’s of Montreal’s Promenade Urbaine Fleuve-Montagne project honoring next year’s 375th anniversary of the city’s founding, major roadwork will take place on Sherbrooke and McTavish streets and Dr. Penfield Ave.

The work, the City says, will begin Monday, June 20, and last until May, 2017. (A message to the McGill community last week said the work was to have begun on June 13, but within an hour of that message being sent, the City changed its plans.)

Many details about various points of access for both pedestrians and vehicles are still being worked out, but the big picture looks like this:

As mentioned in last week’s message from Robert Couvrette, Associate Vice-Principal (Facilities Management and Ancillary Services), work is scheduled to occur from 7 a.m. until 6 p.m. up to six days a week, with the possibility of overnight work taking place at certain times. This work might also affect water supplies in the area and the City has promised to provide 48 hours’ notice of any shutoffs.

The partial or complete closure of Dr. Penfield will affect eastbound traffic from Peel to Pine. The University is in discussions with the City about how to best arrange access to University buildings.

Work will not take place during August 16 and 17, 2016, nor on Remembrance Day, Nov. 11, 2016, nor during winter and spring examination periods. It is scheduled to be completed before next Spring’s Convocation.

“We are working with the City to try to keep disruptions and inconvenience to a minimum,” Couvrette said. “We appreciate everyone’s patience and understanding. These projects are large and complex and it is impossible to be entirely certain when various stages will begin and end. The City has been made aware of our needs and we anticipate that they will be largely met.

“Above all, we will continue to communicate with you, to let you know of major changes to traffic or access ahead of time, when possible.”

I have seen the drawings for the finished project. It will be beautiful for McGill and Montreal.
But I am highly suspicious about the 11 month timeframe.

You can’t get there from here – Part II