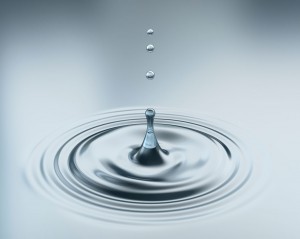 I am a one-man bucket brigade.

Every day, I can be found at my Ste-Anne-de-Bellevue home slogging buckets of used water, also called grey water, from the kitchen to the bathroom and from the bathroom to the kitchen. Water from showers and baths are used to flush the toilet, and water from rinsing dishes is used to fill up the washing machine.

Canadian environmentalist Maude Barlow would call me a “water warrior.” My girlfriend, Melanie would call me obsessive. My six-year-old daughter Charlotte calls me “cuckoo in the coconut.”

Putting aside questions of my mental health, the fact of the matter is that although much of the world is bone dry, many North Americans are incredibly cavalier about this most fundamental of elements. While the daily per capita use of water in sub-Saharan Africa is a mere 10-20 litres a day, the average North American goes through some 350 litres. Every day. One hundred litres for a five-minute shower, 15 litres with every flush of the toilet and, a staggering 200+ litres every time we run a standard washing machine. Not to mention the 10,000 litres per year a single drippy faucet literally throws away down the drain.

And while we have the good fortune to live in a country with an abundance of clean water, do we really need 15 litres of the stuff to flush a toilet or 50 litres for the first cycle of a load of dirty laundry?

My friends shake their heads when they hear of my routine. “So you saved 150 litres of water today. How is that going to help drought-stricken areas in Africa?” they cluck.

The answer is, it isn’t. Nothing I do will improve the ever-growing fresh water crisis the world is now facing. All my efforts are but a drop in the proverbial bucket. And no one is more acutely aware of this than me – especially when I see my neighbor hosing down his driveway for 30 minutes each night when a broom would suffice, or when I have to circumnavigate the massive puddles that flood our downtown core each winter as the pipes of our crumbling infrastructure turn to dust.

For every litre I save, countless others are wasted.

But I take solace, perhaps mistakenly, in the hope that all conservation efforts have suffered growing pains. In my lifetime alone, curbside recycling went from being entirely unheard of to being part of our every day lives. Even composting, while slow to get municipal support here in Montreal, is a service now offered by many municipalities in the world. We’re a long way from ecological Utopia just yet, but in many ways we are moving, however slowly, in the right direction. I’d like to believe that I’m just nudging us down the path.

And as cuckoo in the coconut as I may be, I’m happy to report that Charlotte has started showing telltale signs of my “madness.” Just the other morning we were cleaning our teeth together and I had left the tap running while we were brushing. Charlotte reached over and turned it off, smiling a foamy smile and gently chiding me that “It’s not good to waste water.”

As with the first step in a journey of 10,000 miles, the mightiest rivers begin with but a single drop.

Neale McDevitt is the editor of the McGill Reporter.