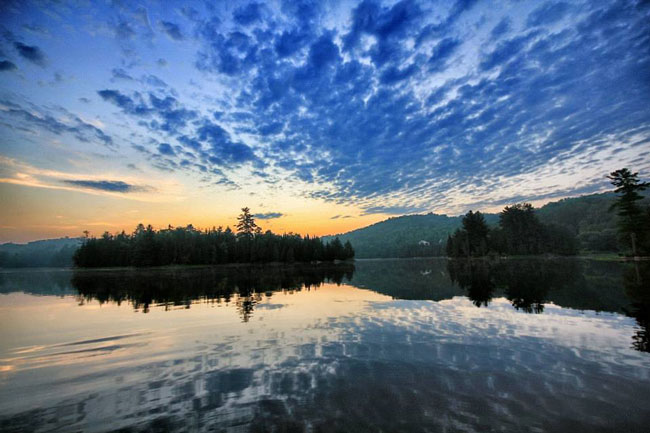 Imagine being a scuba diver and leaving your oxygen tank behind you on a dive. Or a mountain climber and abandoning your ropes. Or a skydiver and shedding your parachute. That’s essentially what humans are doing as we expand our footprint on the planet without paying adequate attention to impacts on other living things, according to researchers from the University of Minnesota and McGill. Because we depend on plants and animals for food, shelter, clean air and water and more, anything we do that makes life harder for them eventually comes around to make life harder for us as well.

But, reporting with colleagues from around the world in this week’s special biodiversity issue of the scientific journal Nature, the researchers also note that all is not lost, and offer specific strategies for turning that tide before it’s too late.

Forest Isbell, of University of Minnesota’s College of Biological Sciences, McGill biologist Andrew Gonzalez and coauthors from eight countries on four continents provided an overview of what we know and still need to learn about the impacts of habitat destruction, overhunting, the introduction of nonnative species, and other human activities on biodiversity. In addition, they summarized previous research on how biodiversity loss affects nature and the benefits nature provides — for example, a recent study showing that reduced diversity in tree species in forests is linked to reduced wood production. Synthesizing findings of other studies, they estimated that the value humans derive from biodiversity is 10 times what every country in the world put together spends on conservation today — suggesting that additional investments in protecting species would not only reduce biodiversity loss but provide economic benefit, too.

“Human activities are driving the sixth mass extinction in the history of life on Earth, despite the fact that diversity of life enhances many benefits people reap from nature, such as wood from forests, livestock forage from grasslands, and fish from oceans and streams,” said Isbell, who served as lead author the paper. “It would be wise to invest much more in conserving biodiversity.”

“Biodiversity plays a big role in the UN Sustainable Development Goals that aim to ensure human wellbeing in the long-term” said Gonzalez. “Attaining the UN SDGs will require action to conserve and restore biodiversity from local to global scales.”

The one percent that owns the worlds wealth, are more than capable of preventing our mass suicide, they , however will never choose to do so, as there is no short term monetary gain, I have absolutely NO IDEA of what their end game is, but it does not involve repairing what we have left. Sad, when you think of it.

What we, ordinary people, can do against the lords of the capital?. I very often read about lose of huge areas of forrest, jungles and other ecosistems so a very huge lose of biodiversity. There are bright researchers, amazing investigations about the topic but we consumers are going to buy all the stuff that the lords produce. Advertisments in all kind of media are powerful this change our minds till the madness. I just think how many liters of water are wasted in a bottle of beer, or in a clothe, or in a jewell of gold. Rigth thousands of… Read more »

Vertebrate biodiversity – a glimmer of hope

Greater local earthworm diversity in temperate regions than in...