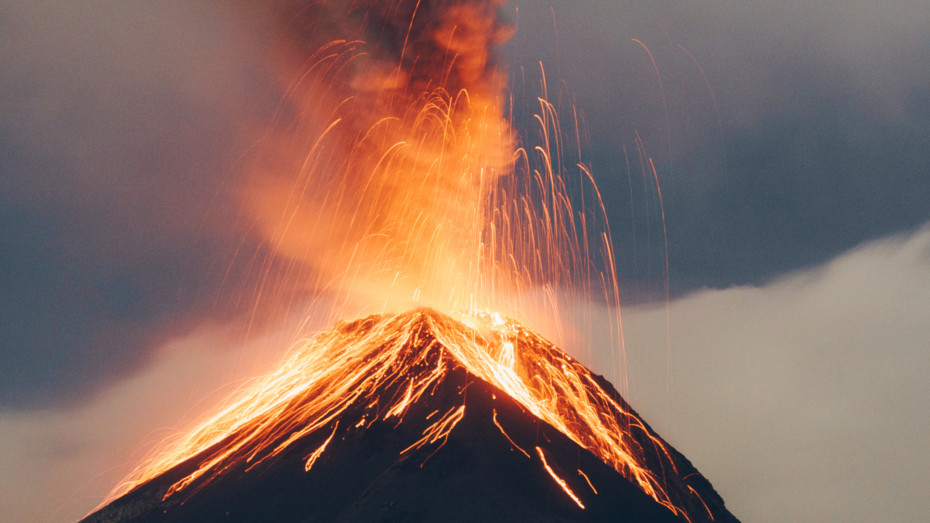 A new study finds volcanic activity played a direct role in triggering extreme climate change at the end of the Triassic period 201 million year ago, wiping out almost half of all existing species. The amount of carbon dioxide released into the atmosphere from these volcanic eruptions is comparable to the amount of CO2 expected to be produced by all human activity in the 21st century.

The end-Triassic extinction has long been thought to have been caused by dramatic climate change and rising sea levels. While there was large-scale volcanic activity at the time, known as the Central Atlantic Magmatic Province eruptions, the role it played in directly contributing to the extinction event is debated.

In a study for Nature Communications, an international team of researchers, including Don Baker, a professor of professor of earth and planetary sciences at McGill, found evidence of bubbles of carbon dioxide trapped in volcanic rocks dating to the end of the Triassic. The findings support the theory that volcanic activity contributed to the devastating climate change believed to cause the mass extinction.

The researchers suggest that the end-Triassic environmental changes driven by volcanic carbon dioxide emissions may have been similar to those predicted for the near future. By analyzing tiny gas exsolution bubbles preserved within the rocks, the team estimates that the amount of carbon emissions released in a single eruption – comparable to 100,000 km3 of lava spewed over 500 years – is likely equivalent to the total produced by all human activity during the 21st century, assuming a 2C rise in global temperature above pre-industrial levels.