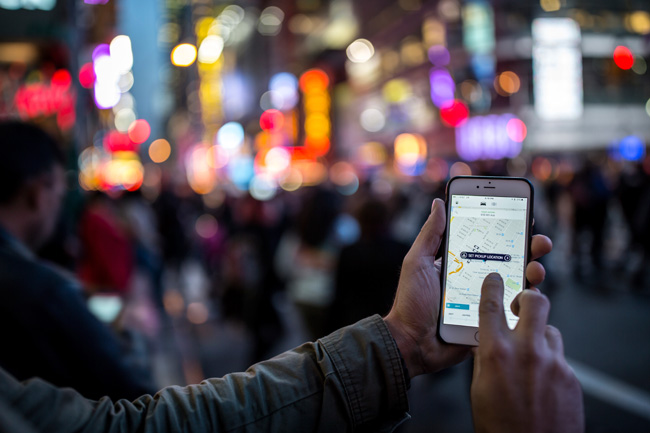 Uber did not fully account for Quebec’s political and cultural reality, says Richard Shearmur, a professor at McGill’s School of Urban Planning. Shearmur believes that the company should have been more conciliatory.

“Uber totally misplayed its hand,” he says. “In my opinion, the fact that Uber was unwilling to compromise alienated the Quebec government.”

Last week, Transport Minister Jacques Daoust tabled a bill that would compel all drivers who want to take on fares not only to obtain a taxi permit, but also to secure a Class 4C driver’s licence, which is more difficult to acquire.

Shearmur is of the opinion that government rules and regulations exist for a reason, especially when it comes to public safety. As a case in point, he cites pharmaceutical companies, which are legally required to demonstrate that their products are safe.

“Overall, I think the proposed bill is reasonable. Now, would it have been possible to negotiate on some of the items? From what I’ve seen, Uber just wasn’t willing to negotiate,” added Shearmur.

Uber did admit to some misguided thinking on Monday when it acknowledged that it had “not always found the best way to work with the Quebec government” and declaring itself now ready to try and find a compromise in the course of hearings on Bill 100.

According to Ahmed El-Geneidy, Director of the Transportation Research at McGill group (TRAM), Uber should not be subject to the same rules as taxis. The company reflects the new reality of the sharing economy, to which we must adapt. “That doesn’t mean we should give Uber carte blanche,” he cautions. “They should pay taxes.”

El-Geneidy feels the main problem is rather the taxi permit delivery model. “The permit is so expensive ($200,000). Let’s make things easier for the taxis so they can compete with companies like Uber.”

But is Quebec putting the brakes on innovation by rejecting the Uber model? “We need to be neutral toward innovation,” adds Shearmur. “Innovation is not necessarily a good thing. Just think of the financial products that were created in the middle of the last decade, or the drug thalidomide. Both were considered innovations at the time. We need to take the time to assess the social dimensions of innovations.”

Can the Caisse de Dépôt’s LRT turn a profit?

When asked about the light rail transit system (LRT) announced by the Caisse de dépôt et placement du Québec on April 22, Shearmur’s response was that the project’s objective is not clear.

The LRT will not necessarily reduce car use, he says. “If there are people currently taking their car to work who decide to try out the new train instead, other drivers will eventually fill the void. The only way to reduce automobile commuting is to constrict the flow of traffic – with narrower roads – or to introduce tolls.” He also notes that an easier drive in from the South Shore could result in greater urban sprawl.

“What Montreal needs,” he continues, “is a global vision for the entire metropolitan area to define how we want people to move for the next 50 years. Instead, we seem to be working piecemeal.”

Kevin Manaugh, a professor at the School of Environment, would have liked to see better integration with the city’s metro system. As the project stands, there is only one correspondence with the métro, at Gare Centrale.

Although the project addresses a long-standing need to better connect the South Shore, Trudeau Airport and the West Island, he points out that not everyone will benefit from the new tracks. “The current plan does not do much to connect more socially disadvantaged areas to employment or other amenities,” Manaugh says.

Shearmur, for his part, believes the project will benefit the city, but he is less sure that it will be cost-effective. “I’d like to see the numbers. To my knowledge, no transit network has ever turned a profit,” he says.

> “The only way to reduce automobile commuting is to constrict the flow of traffic – with narrower roads – or to introduce tolls.”
The only way to make a cow eating less and producing more milk is to feed it less and to milk more often.

In my view, we should be celebrating that the Caisse has backed an LRT project that will greatly increase accessibility to the CBD and other employment centres. Certainly the project is not perfect. What project is? This project is long overdue – at least since 1976 when we were working on an LRT link between the city centre and Mirabel airport. If that project had been built (it was opposed by metro proponents who the chair of the LRT project accused as having tunnel vision) we would have been at least 25 years ahead of the game in North America… Read more »