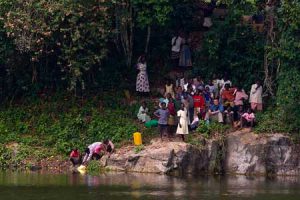 As April 22 rolls around again, we should all be thinking about Earth Day, what it means and how we can get involved – after all we only have one planet to live on. Earth Day is a global event geared toward increasing awareness and appreciation for our world’s natural richness, from its unique environments, to its bountiful resources, and wonderful plants and animals.

The first Earth Day was held in 1969 in San Francisco, with Canada joining in 1980, thanks to the work of a graduate student from Queen’s – a clear indication of the potential leadership role that graduate students can play. Today, Earth Day is a truly global event and Earth Day Canada claims that more than six million Canadians join 500 million people in over 180 countries in celebrating it. A simple web search of McGill sites or searches using the key word Earth Day and Montreal, will reveal hundreds of sites that include a host of activities such as planting wild flowers or trees, clean-up events, and promotions for artists and athletes endorsing green undertakings. Many of these events are even sponsored by big international companies, such as Toyota, Staples, and Sony.

I am a tropical conservation biologist who focuses on tropical forests and primates. I have worked every year in the tropics starting two weeks after finishing my undergraduate degree and have conducted research in over 20 tropical countries. From this perspective I wonder how appropriate the term “earth” in Earth Day really is. Is this truly a global event?

From a conservation perspective, the vast majority of the world’s biodiversity is found in the tropics, while the majority of the consumption occurs in temperate regions, like Canada. So let’s look at the importance of Earth Day for one tropical country that I know well; Uganda, a part of the world that has been the focus of my research and that of my wife for 23 years.

If one does a simple search engine exercise like the one I did for Earth Day Montreal, but replaces Montreal with Uganda, the story is very different. Of the first 10 sites that pop-up, four deal with Earth Day per say, but three of these are associated with an education project I have been involved with adjacent to Kibale National Park, Uganda. Of the remaining sites from the search, three deal with international conferences on Earth Day inviting international visitors to Uganda, and four have nothing to do with Earth Day.

The lack of Ugandan Earth Day sites has little to do with the difference in the importance of the web in the two countries, but rather illustrates that people in Uganda and Canada interact with the environment in fundamentally different ways. The two photos accompanying this article illustrate the difference between Uganda and McGill. In most rural areas of Uganda if you want water, you go and find it, fetch it and carry it home. If you have wood for fuel, you boil your water to prevent getting diseases, otherwise you take a chance. In Montreal water comes from a tap, and we are totally removed from where it comes from, what is done to it, and how to protect it. Students at McGill do very meaningful things like planting wild flowers or promotions for artists endorsing green undertakings, while rural Uganda’s will also be doing very meaningful activities, but these activities will a have much more direct effect on their lives. Can Ugandans get clean drinking water so their children do not get sick and potentially die, or can they plant trees for fuel wood so that they can boil their water? These images should not represent such different realities if Earth Day is to be a global event of similar importance around the world.

I think Earth Day is a wonderful concept and it should be promoted and fostered in every way possible. However, I also believe if McGill is to live up to its claim as Canada’s most international university, that there is a wonderful challenge clearly open to us – namely to make Earth Day as meaningful in the countries that harbour the majority of the world’s biodiversity as it is here at McGill and in Canada.

Colin Chapman is a professor in the Department of Anthropology. He was recently named a winner of a Killam Fellowship for his work on primate conservation.