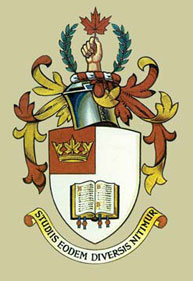 Continuing McGill’s long history of research excellence, seven of the University’s researchers were recently feted by the Royal Society of Canada.

On November 17, 2007, the RSC presented two McGill faculty members with some of the most prestigious honours in their fields. In recognition of her cutting-edge work on neutron stars, pulsars and supernova remnants, Victoria Kaspi received the Rutherford Memorial Medal in Physics, which is awarded for outstanding research in any branch of physics. Kaspi is McGill’s Lorne Trottier Chair in Astrophysics and Cosmology and Canada Research Chair in Observational Astrophysics. She and her team discovered more than 20 pulsars in a single Milky Way cluster, as well as the fastest-rotating pulsar known to science. Roderick Macdonald, the F.R. Scott Professor of Constitutional and Public Law at McGill, has been awarded the RSC’s Sir John William Dawson Medal for his contribution to interdisciplinary research. Macdonald is generally regarded as one of Canada’s most influential public intellectuals, and was among the first to explore law through disciplines as varied as philosophy, anthropology, literary theory, semiotics and history.

As well, five McGill researchers have been invited to join the RSC’s ranks. The new fellows are: