Until a couple of months ago, on the downtown campus, you may have found it a bit confusing to know in which bin to discard your scrap paper and in which to toss your aluminum cans. Signage was inconsistent and sometimes non-existent.

It should be a bit easier now. Over the summer, clear and standardized signage was installed on the recycling and trash bins of common areas and classrooms in 36 of the largest academic buildings (student housing and dining halls are managed separately). The signage is part of Rethink React: Waste at McGill, a new campaign by Buildings and Grounds to encourage McGillians to think and act differently about how we create and sort waste. The signage is based on the Quebec standards used in many public spaces.

“It was the first phase of a two-fold initiative that also includes installing new standardized integrated sorting stations,” says Kendra Pomerantz, Supervisor: Sustainability, Contracts and Special Projects at Buildings and Grounds. “Because not only did we have poor signage, we have different types of bins from one building to the next, mostly stand-alone bins, and more bins for waste than for recycling. Only one out of five waste bins on the downtown campus is mixed recycling.”

This helps explain McGill’s low waste diversion rate. Although Buildings and Grounds estimate that about 80 per cent of the waste coming from academic buildings downtown is recyclable or compostable, only 23 per cent is actually diverted from landfill.

Over the next academic year, new sorting stations will be introduced in most of the large academic buildings of the downtown campus.

“The goal is to have a recycling bin in all common areas where we have a garbage bin,” Pomerantz adds. “We will also roll out a similar model outdoors.”

Where is our waste going?

Another major component of the University’s strategy is improving the traceability of the waste once McGill has disposed of it.

A team has started visiting and rating recycling centres based on a 15-criteria list that looks at their sorting and disposal practices, among other things. Companies that collect McGill’s recyclable materials will now have to bring them to a McGill-approved recycling centre. McGill will monitor the disposal by tracking the invoices – which include the weight of waste processed – from the recycling centres and landfills.

“A factor contributing to our low waste diversion rate is the fact that people don’t really know where the waste is going,” Pomerantz says. “We want to give the McGill community confidence that our materials are treated and recycled in a sustainable way.”

What about organic waste?

Though it is still at an early stage, management of organic waste in academic buildings (it is already in place in dining halls) is also part of the Rethink React strategy.

The results of a pilot project that started at the McConnell Building in March 2019 are promising. In the first two months, 2,300 litres of organic waste were diverted away from landfill thanks to four-stream bins installed on the ground floor.

Also, organizers of outdoor events on campus can now get compost collection services (for a fee) through Events Support.

“Almost half of our waste is organic, so implementing that additional waste stream is essential. It’s already a success in the dining halls and there is a strong demand from the McGill community to make it available in more areas,” Pomerantz says. While the focus this year is on installing the sorting stations, Buildings and Grounds is already preparing to expand access to composting in the medium term.

For more info on the Rethink React strategy or on how to sort waste, or to print posters for your office or kitchenette areas, go to this page. 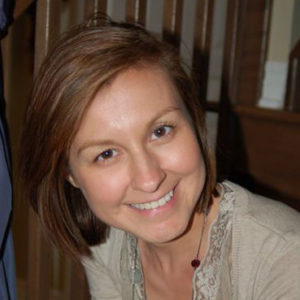 Waging war against waste in the Dominican Republic

Macdonald Campus: Working together toward a sustainable future