Researchers are looking to sociology, education and social policy

to help slow the spread of AIDS among young people in southern Africa. 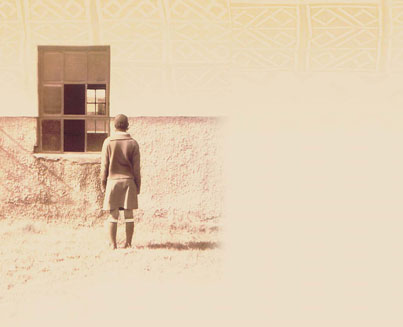 The children and youth of today never knew a pre-AIDS world. In 2007, UNAIDS reported that between 2.2 and 2.6 million children under 15 years old were living with HIV worldwide, with an estimated 420,000 of them having been infected within the year. While virologists strive to make the disease history for future young people, three McGill researchers are taking a hard look at today’s reality by exploring the social factors contributing to the rate of HIV transmission among youth in Malawi, Rwanda and South Africa—and how to better care for those whose young lives have already been shattered by AIDS.

Controlling the spread of HIV in many sub-Saharan African countries continues to be a major challenge. Part of the problem may be faulty assumptions about how the virus is transmitted, according to Shelley Clark, associate professor of sociology and the Canada Research Chair in Youth, Gender and Global Health.

“Until recently, governments and aid agencies assumed that HIV was being spread largely though high-risk behaviour such as participation in the sex industry,” explains Clark. “They devised prevention campaigns based on this assumption. In some regions of sub-Saharan Africa, however, marriage may be one of the biggest risk factors for acquiring HIV. When I began studying girls in SSA who marry before age 20, I found they were at far higher risk of HIV infection than single, sexually active girls.

“In some ways this was predictable. Where AIDS has become a generalized epidemic a large and growing proportion of new HIV infections occur within marriage, and so the ABC approach to prevention—abstinence, being faithful to one partner and condom use—breaks down. Abstaining isn’t a serious option, not every husband or wife is faithful, and condom use within marriage is difficult, especially if a couple is trying to have children. Obviously, we need to rethink our approach to protecting people within marriage.”

Clark also found what she calls “a disconnect” in the research on premarital and marital sex in SSA. “In North America and Europe, we tend to think of premarital sex as a preliminary step towards marriage,” she says. “The idea isn’t that you’ll marry any particular partner but that you are working towards a more permanent union. In sub-Saharan Africa, however, many AIDS researchers, and hence AIDS prevention policies, do not view premarital sex as part of the process of looking for a marriage partner. Rather, they tend to focus on so-called ‘high-risk’ transactional sex, motivated by financial gain, and largely ignore the importance of marital aspirations. To understand the role of marital aspirations in governing premarital sexual behaviours, I’m looking at how adolescents in Malawi view their premarital partnerships and what this tells us about HIV risk.”

While many people are infected by their spouse, in countries such as South Africa, rape is also an all-too-common means of HIV transmission. Claudia Mitchell, James McGill Professor in the Faculty of Education and a specialist in gender-related violence, has worked in South Africa for many years; she reports that the rates of HIV there are four to five times higher in women, largely because of their social vulnerability.

“Many young women’s first sexual encounters are likely to be non-consensual,” she explains. “This means gender is a risk factor for HIV. Girls’ inability to negotiate safe sex and their lack of power in most sexual relationships mean that gender violence is a critical feature of the epidemic.”

Mitchell has published her findings about the scope and nature of gender violence in her book Combating Gender Violence. Now she is working with colleagues in Africa to develop effective interventions. “In Rwanda, we’re working with health care professionals to encourage young women to report rapes and to have follow-up HIV testing,” she says. “Involving teachers, parents, young people and health care workers in the documentation process is the beginning of intervention.

“In some areas with high levels of gender-based violence, we set up workshops and ask participants to think about the critical features of their lives and about the challenges and possible solutions to the AIDS epidemic. We give them cameras or encourage them to draw. Over and over again they show that gender violence and AIDS are big problems. The photographs they take or the drawings or the videos they produce help raise awareness in their own communities. When 14-year-olds in a local community create posters in their own language saying ‘this is a problem,’ people find this more effective than a poster from a large international aid organization.

“For example, one dramatic picture shows a group of children simulating the hanging of a young boy. The caption is ‘I’m HIV positive. I might as well be dead.’ Another group of girls were allowed to take pictures of anything in their community. They took pictures of the toilets. Why? Because the toilets are so far in the bushes that they are critical sites for gender violence. We showed these pictures to the teachers and they said, ‘We know toilets are in disrepair but we never thought girls would actually see them as a major source of violence.'”

Beyond empowering people to discuss the problems of HIV and gender violence, Mitchell and her colleagues are studying ways to ensure local people have a strong voice in policy making. “Recently, I traveled around Rwanda with two local consultants, bringing together groups of women and children and asking them to talk about issues that they thought needed to be addressed in a policy on gender-based violence and violence against children,” says Mitchell. “We gathered data to help inform policy making by senior ministry people. As much as possible, we tried to use the words of the participants themselves as a way to draw attention to the issues. We’re now training government officials to involve participants, especially children and young people, in policy making around critical issues such as gender violence, HIV/AIDS, poverty and the vulnerability of orphans.”

A child need not be infected to have his or her life turned upside down by AIDS. Orphans are one of the most tragic byproducts of the epidemics. Studying their plight—and what to do about it—is a research focus of Dr. Jody Heymann, founding director of the Institute for Health and Social Policy at McGill University and Canada Research Chair in Global Health and Social Policy.

“I’ve been involved in AIDS-related research in Africa for two decades now,” says Heymann. “At the Institute, in addition to working to reduce risks of HIV transmission and increase access to treatment, we’re currently focused on how best to help meet the needs of the 15 million children in sub-Saharan Africa who have been orphaned by AIDS. Raising and educating these children, and helping the families who are caring for them to survive economically is an enormous challenge.

“To help tackle this challenge, we have studied a number of projects aimed at helping families exit poverty while caring for orphans. While there is no single ‘right’ answer, our goal is to work with program leaders and policy makers seeking to provide the supports that millions of families living with HIV, caring for HIV-infected family and friends, and caring for orphans need.”

Funding for this research includes the Social Sciences and Humanities Research Council of Canada, the National Research Foundation (South Africa) and the Population Council in New York.

Next: Hungry for Answers about HIV