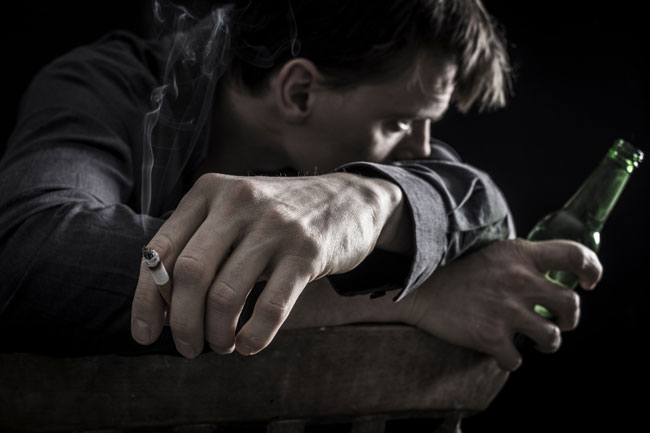 A new study published in the journal Molecular Psychiatry by a team led by Salah El Mestikawy, researcher at the Douglas Mental Health University Institute (CIUSSS de l’Ouest-de-l’île-de-Montréal), professor at McGill and head of research at CNRS INSERM UPMC in Paris, opens the field to new understanding of the molecular mechanism underlying addiction in humans.

This work was accomplished through collaboration with several international research teams. Among these researchers was Stéphane Jamain (CR1 INSERM, Université de Créteil, France), a French geneticist specialized in psychiatric disorders.

To communicate with each other, brain cells (neurons) use chemicals known as neurotransmitters. Among the classical neurotransmitters are dopamine, serotonin, acetylcholine and glutamate. Until recently, it was believed that a given neuron used only one classical neurotransmitter. Some time ago, El Mestikawy’s team contributed to the surprising discovery that subpopulations of neurons are able to use two transmitters. Unlike the vast majority of neurons, these neurons are bilingual. Most neurons in the brain respond with either “yes”, “no” or “maybe.” El Mestikawy and his colleagues found that in order to regulate our reward behaviours, a small population of neurons in our reward centre are able to respond with both “yes” and “no.” These neurons are known as cholinergic neurons, while the reward centre is known as the nucleus accumbens.

In this new work, the researchers discovered that when they shut down one of the languages (the “no”) of cholinergic neurons within the reward centre, mice showed a marked predilection for cocaine. This work explains the molecular mechanism underlying reward behaviour, while identifying an unsuspected target in the treatment of addiction.

Finally, the team found that humans with mutation of a key gene for this co-transmission were 10 times more vulnerable to very severe forms of addiction. “These discoveries are bringing about a major transformation in the field of addiction. We are beginning to decipher and understand the complex regulation of basic behaviours” says El Mestikawy.

Addiction: abnormal communication in the brain

Mechanism that reduces effect of cocaine on brain discovered