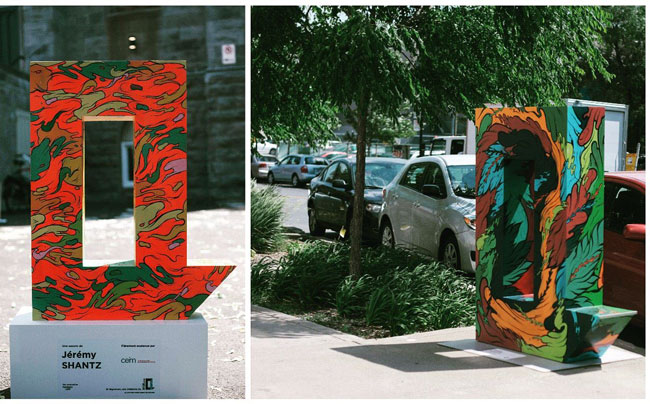 An update on Montreal’s uniquely holistic hub for innovation, education, and entrepreneurship: the Quartier de l’Innovation

It also wants to promote Montreal’s start-ups locally and internationally.

This is why, at the fall of 2016, QI will open North America’s first NeoShop – a boutique dedicated to providing exposure for innovations developed by start-up organizations. This addition to the QI network of resources will provide a venue for innovators and entrepreneurs to gain exposure and solicit feedback from potential users, allowing for a rich and invaluable iteration process for innovators.

Quebec innovators with products in the Montreal boutique will have the opportunity to test their offerings on European markets through a NeoShop product exchange. Ten per cent of the products from the NeoShop Montreal will be showcased in NeoShops.

Located in south-western neighbourhoods of Montreal, QI focuses on the nexus of economic, social, cultural, research, and urban issues. Rooted in education, and supportive of economic growth, according to Damien Siles, Executive Director of QI ,“the most interesting part of QI is that it has the autonomy to humanize innovation with concrete projects.” Because the QI is neither a campus nor a political initiative, it is here to stay and here to serve.

The ecosystem of projects, partnerships, incubators and universities within the Quartier de l’innovation effectively balances both the commercialization of university research and the growth of inventive social enterprises. The Salon 1861 (developed by QuoVadis Gestion Immobilière the first certified B Corp in Quebec) opened in November 2015, and was built to reconnect people to collective space and break the silos between sectors of society.

Promoting our local expertise is also very important for QI. In 2015, the QI in collaboration with Jeune Chambre de Commerce de Montreal (JCC) created the Mat’Inno, an inspiring series of early- morning events aimed at promoting researchers and the cutting edge research that taking place in Montréal, Canada’s biggest academic city. In Siles’s words, the purpose of Mat’Inno is to demonstrate how “innovation exists to amply the life of the human being” and “showcase the Montreal academic expertise to young professionals”. Mat’Inno topics range from cybersecurity to the silver economy, simulation in health or many other innovative topics.

At the same time, the QI is home to seven autonomous incubators and accelerators with upwards of 400 businesses operating within its area. Centech, EcoFuel, GriffinCamp, Notman House, Tandem Launch, District 3 and CEIM are a few of the celebrated accelerators and incubators linked to the Quartier de l’innovation. These organizations are equipped to support innovators and entrepreneurs in the early and most vulnerable stages of their respective endeavors and thrive on strong ties to universities.

According to Serge Bourassa, Director of Centre d’entreprises et d’innovation de Montréal (CEIM) “It takes a village to bring an innovation to commercialization!” CEIM, for example, did a partnership with McGill in 2014. The organization is currently incubating seven active projects, with ten additional ones in the pipeline, primarily in the Life Sciences, IT and video gaming areas. With this new collaboration, CEIM has experienced a 50 per cent growth in their consulting and coaching services. CEIM organizes several events in order to bring together researchers, investors, and entrepreneurs together to showcase topics such as artificial intelligence and the business opportunities that come from McGill.

While Montreal’s Quartier de l’innovation adopted best practices of innovation hubs around the world many entrepreneurial and innovation hubs, specifically Silicon Valley are notorious for their harshly negative impact on the local community. QI has grown to define what innovation means uniquely for Montreal – from involvement with disadvantaged communities within QI, to international exposure for entrepreneurs, from incubation to acceleration, to support and exposure for student research.

The last 12 to 18 months indicate that Montreal’s address for innovation, the Quartier de l’innovation is here to foster innovation and entrepreneurship, as well as community development, integrated thinking, and academic involvement with more than 150,000 students (ETS, UQAM, McGill and Concordia) ready to contribute and improve our society.