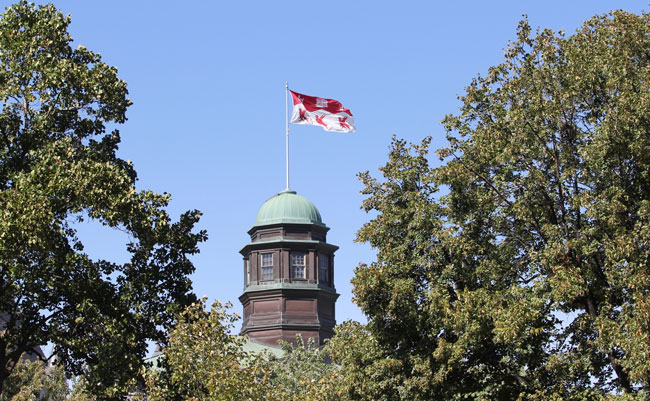 The Social Science and Humanities Research Council of Canada recently announced the recipients of its latest round of Insight, Insight Development, and Partnership Grants, which include 70 projects led by McGill researchers. In total, 157 McGill-affiliated researchers will be supported by these grants.

McGill’s largest single grant, a seven-year, $2.5 million Partnership Grant, went to Prof. Shaheen Shariff of the Department of Integrated Studies in Education in the Faculty of Education. Shariff is the Director of the Define the Line project, which seeks to clarify the blurred lines between cyberbullying and digital citizenship. Her Partnership Grant will fund a major cross-institutional look into how to address sexual violence on university campuses across Canada and internationally. (Read Shariff’s interview with the McGill Reporter)

““Our project will engage law, arts and media sector partners, academics and collaborators to propel universities into reclaiming their central role of research and education (as it relates to deeply embedded intersecting forms of misogyny, sexism, homophobia, and related forms of discrimination – often described as “rape culture”),” says Shariff, who is also an Affiliate Scholar at Stanford Law’s Center for Internet and Society.

The partnership’s stated goal is to investigate and develop policy and practice models to dismantle rape culture on university campuses.

“This project and the remarkable partnership of nine universities, 14 community partners, 24 academics and 13 collaborators will engage the most comprehensive effort to date to change the culture and practices of sexual violence on Canadian university campuses,” says Stuart R. Poyntz, President of the Association for Research in Cultures of Young People (ARCYP), Associate Dean of the Faculty of Communication, Art and Technology, and Associate Professor, School of Communication at Simon Fraser University, which is one of the project’s partners.

A total of $5.8 million in Insight Grants were granted to McGill researchers during this round, supporting a slate of 38 projects across the social sciences and humanities that involve a total of 84 researchers. Insight Development Grants made up the remaining $1.8 million of this year’s SSHRC support, funding 31 projects undertaken by a total of 72 researchers.

The shortlists for the SSHRC Insight, Connection, and Talent awards were announced on Sept. 28. Among the finalists for the Talent Awards is Lise Milne, a Doctoral candidate affiliated with McGill’s Centre for Research on Children and Families. Milne is a recipient of a SSHRC fellowship for her work on youth in out-of-home care in Ontario. The Talent Awards recognize the outstanding achievements of a doctoral or postdoctoral SSHRC fellowship or scholarship holder. The winner of the Talent Award will be announced at a ceremony in Ottawa on Nov. 22.

“Thanks to the continued support from SSHRC, McGill’s social science and humanities researchers are able to launch innovative and ambitious research programs that have impacts both within the academy and at the public policy level,” says McGill’s Vice-Principal (Research and Innovation), Rosie Goldstein. “Congratulations to all McGill faculty whose work will benefit from these grants.”

Read the original SSHRC announcement, including the full list of recipients.

Over $11M in SSHRC funding to support McGill research

A suite of SSHRC funding in support of McGill...