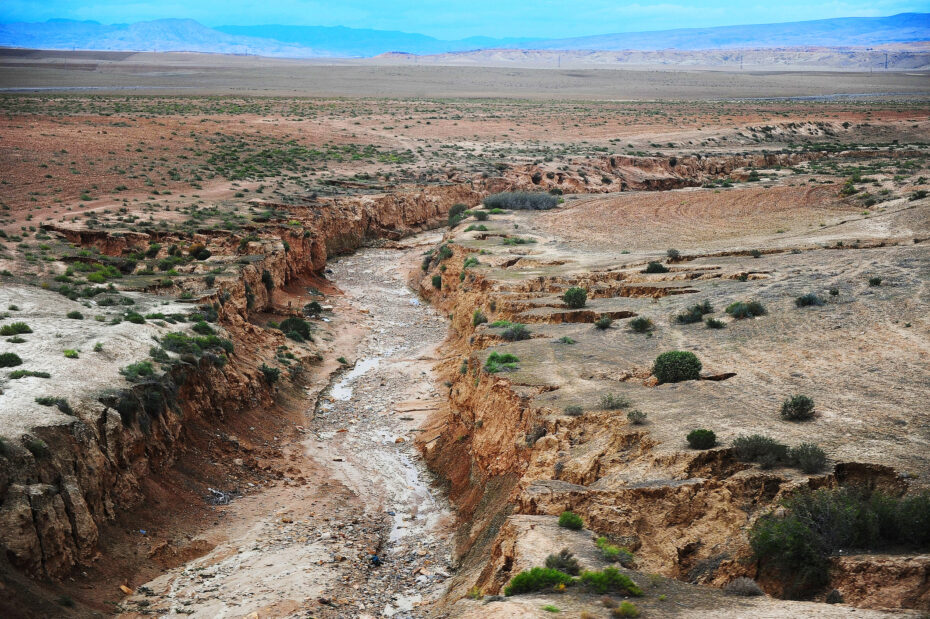 A new study led by researchers from McGill University and INRAE found that between 51-60 per cent of the 64 million kilometres of rivers and streams on Earth that they investigated stop flowing periodically, or run dry for part of the year. It is the first-ever empirically grounded effort to quantify the global distribution of non-perennial rivers and streams. The research, which was published recently in Nature, calls for a paradigm shift in river science and management by revising foundational concepts which traditionally assumed year-round water flow in rivers and streams.

The map of non-perennial rivers resulting from this study, the first of its kind, also provides crucial baseline information for the assessment of future changes in river flow intermittence and for determining and monitoring the role of these rivers and streams in global water and biochemical cycles, as well as in supporting biological diversity.

“Non-perennial rivers and streams are very valuable ecosystems as they are home to many distinct species that are adapted to cycles of water presence and absence,” says Mathis Messager, first author of the study and PhD student both in Geography at McGill and at the French National Research Institute for Agriculture, Food, and Environment (INRAE). “These rivers can provide critical water and food sources for people and they play an important role in controlling water quality. But more often than not they are mismanaged or altogether excluded from management actions and conservation laws as they are simply overlooked.”

Non-perennial rivers and streams found on all continents

“Given continued global climate and land use change, an increasingly large proportion of the global river network is expected to cease to flow seasonally over the coming decades,” said Bernhard Lehner, an Associate Professor in McGill’s Department of Geography and one of the co-senior authors on the paper. “In fact, many formerly perennial rivers and streams, including sections of iconic rivers such as the Nile, the Indus and the Colorado River have become intermittent in the past 50 years due to climate change, land use transitions, or the temporary or permanent withdrawal of water for human use and agriculture.”

The researchers were able to identify the most important environmental characteristics in determining whether a river periodically ceases to flow by statistically associating long-term records of water flow in 5615 locations around the world with information on the hydrology, climate, geology, and surrounding land cover of the rivers and streams monitored at these locations. They found, as expected, that non-perennial rivers are most common in arid places (where there is much more evaporation than rainfall) and that smaller rivers and streams have generally more variable flow and are thus more likely to dry up. But they also occur in tropical climates and even in the Arctic where rivers freeze up for parts of the year.

Interestingly, the study also suggests, based on preliminary estimates, that more than half of the world’s population lives in locations where the closest river or stream around them is non-perennial. Indeed, in many languages, multiple words exist to designate these types of watercourses and their mark on the landscape, highlighting the long history of inter-dependence between humans and seasonal freshwater systems.

A long-standing neglect with significant consequences

Over the past decade, there have been several efforts to highlight the values and rapid ongoing degradation of non-perennial rivers and streams. Most freshwater science until now has focused on the functioning and conservation of perennial water bodies; and only recently have scientists started to realize the important consequences of flow cessation in rivers and streams. “Consequently, science-based methods for managing these unique ecosystems, such as tools and protocols to monitor the health of these rivers are still limited or absent,” adds Messager. “And this oversight leads to excessive water pumping, pollution, and overfishing of in many cases.”

“There have also been several recent attempts to remove non-perennial rivers from environmental legislation and national water governance systems, including in the U.S. and France,” adds Thibault Datry, a freshwater scientist at INRAE, and co-senior author on the paper. “By mapping non-perennial rivers and streams, our study pushes for a recognition of their prevalence and ecological significance by the scientific community. We hope that our study will trigger efforts to adequately manage these river ecosystems and halt attempts to exclude them from protective legislation.”