In 1992, researchers at the Montreal Children’s Hospital and six U.S. institutions began a long-term study of treatment for Attention Deficit Hyperactivity Disorder (ADHD). The project builds on a previous collaboration between Dr. Lily Hechtman, a McGill professor of psychiatry and pediatrics based at the Children’s, and New York University psychiatry professor Howard Abikoff, this time expanding their research to a much broader population. With the inclusion of researchers from across America—Duke University, Columbia University, Mount Sinai Medical Center, the University of California at Berkeley and Irvine, and the University of Pittsburgh—the current study follows multimodal treatment of 579 children diagnosed with ADHD. The children, 7 to 9 years old when the study began, were randomly assigned to four treatments: med- ication, behaviour therapy, a combination of the two, or community care. The study, which will run until at least 2013, has yielded dozens of publications, and new insights into the overwhelming benefits of combining medication with psychosocial treatment.

Why is it necessary to partner with seven other research institutions for this kind of study?

When you’re doing very comprehensive interventions, you need a large number of patients. By doing concurrent research at multiple sites, you can gather the sample much more quickly. A very diverse patient population also helps the findings apply across the board, regardless of race or socio-economic class or other factors—or you can see in what way specific factors may affect your results. We’ve already seen, for example, that children living with one parent, versus two, are generally at some disadvantage for effective treatment.

You worked with NYU on a previous ADHD study. How did the other partnerships come to be?

The U.S. National Institute of Mental Health said, “We want to do multimodal treatment studies. Submit proposals.” A lot of people submitted proposals, and the NIMH selected the top seven. Then they said, “You seven people all have very different proposals. We want you to work together and come up with one proposal that reflects each of your strengths.”

It was a very difficult process that took about a year. In the end, the process selected out the people who can work collaboratively. But there was a lot of good will, and we came up with one proposal, and it’s been carried out in the same way in all the sites.

How present was the NIMH in this process? 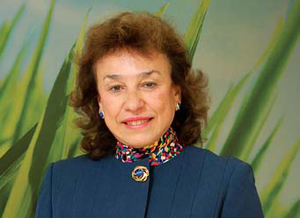 Very active. They sat at the table all the time, and could see when the process was being derailed, and would talk to people privately: “You either collaborate, or you’re out.” They were committed to this project and wanted it to succeed. That was the first time they took this multi-site approach, and they’ve done it subsequently so I think they’ve learned from our experience that it’s feasible.

Once you’d established uniformity for admission to the study and treatment, did everyone scatter?

No. Initially, there was a weekly conference call to deal with different things: medication issues, implementation issues, whether a child met the criteria for being admitted to the study. And there is still a lot of collaboration and consultation. Let’s say I think I need to increase a certain patient’s medication. I have to present that case to the psychopharmacology board, made up of psychopharmacologists from each research centre. It provides better treatment for the patients because you can draw on the expertise of all these experienced people.

What qualities make for a good research partner?

This past November, we had a Canadian Academy of Child and Adolescent Psychiatry meeting in Toronto, and one of the speakers was Jim Swanson, who’s the head of the UC Irvine site. I introduced him and said we’d been working together longer than many marriages! It made me think that what makes for a good research partnership is similar to what makes for a good marriage: trust, mutual respect, a sense on all sides that everyone’s contributing. Then there’s a sense that if I’m stuck, someone will help me out—and I’d help them out. And if you like each other on top of all that, it’s a bonus.

The Multi‐site Multimodal Treatment of Children with ADHD Follow‐up Study is funded by the U.S. National Institutes of Health.