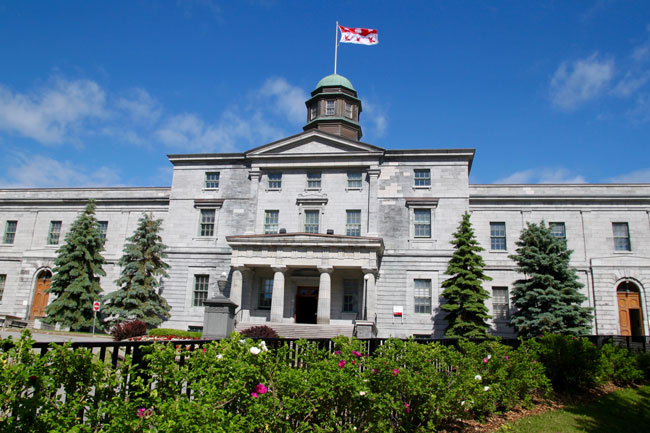 Now in its sixth year, McGill’s Indigenous Awareness Week honours First Nations, Métis, Inuit and other Indigenous cultures across the country. In addition to talks, activities and film screenings, this year’s events will include a special ceremony on Thursday, September 22, to launch the Provost’s Task Force on Indigenous Studies and Indigenous Education. The ceremony begins at 11:30 a.m. on the lower field of the downtown campus. The event is open to the public.

The Task Force is inspired by, and is mandated to go beyond, the Truth and Reconciliation Commission (TRC) of Canada’s calls to action. The Task Force will be animated by two core themes: recognition of Indigenous history, contemporary presence, and ways of knowing and learning; and reconciliation, specifically through educational and institutional efforts aimed at redressing historical legacies of injustice and restoring relationships with Indigenous peoples.

“The terms of reference will call upon the Task Force to consider initiatives that will deepen the University’s commitment to integrating Indigenous perspectives and experiences in all facets of McGill’s academic mission,” Provost Christopher Manfredi said earlier this year. “They will further direct the Task Force to explore and make concrete recommendations with respect to the role that McGill can and should play in responding to the TRC’s calls to action.” These recommendations will include concrete initiatives and strategies to embed Indigeneity in the life and activities of the University, while seeking to enhance the presence and success of Indigenous students, faculty and staff.

The Task Force will focus on five questions:

The Task Force will submit a preliminary progress report to the Provost in January 2017, followed by a final report on its findings and recommendations by June 1, 2017. The Provost will present the final report to Senate in Fall 2017, at which time the report will be made publicly available.

The Task Force launch ceremony will take place at the Hochelega Rock on the downtown campus. In the late 1920s, Parks Canada installed the five-tonne granite rock in a corner of the lower field as part of its Historic Sites and Monuments initiative. A plaque reads “Near here was the site of the fortified town of Hochelaga visited by Jacques Cartier, in 1535, abandoned before 1600. It contained fifty large houses, each lodging several families who subsisted by cultivation and fishing.” Hochelaga was home to an estimated 3,000 Iroquois; its actual site remains unknown. (As for the Rock itself, its colour and grain suggest it may have come from the area around Bagotville, Quebec.) Hidden much of the year by the shade of a chestnut tree, the Hochelaga Rock was one of campus’s best-kept inadvertent secrets for almost 90 years.

“When I was a student here, I never knew about the Rock,” admits Paige Isaac, the Coordinator of the First Peoples’ House, which works to promote and support Indigenous student success and well-being in a culturally welcoming environment. She is a co-chair of the Provost’s Task Force, along with Professor Hudson Meadwell, Chair of Political Science, and Professor Angela Campbell, Associate Provost (Polices, Procedures and Equity). “It only came to my attention when I started working here in 2008.”

This summer, the Gardens and Grounds Subcommittee worked with stonemason Claude Bernard to relocate the Hochelaga Rock next to the promenade leading from the Roddick Gates to the Arts Building. The Rock now faces one of the McGill campus’ most photographed landmarks, the statue of James McGill, and will be seen by thousands of pedestrians every day. (Plans are also underway to add a sitting area nearby.) This new position of prominence is symbolic of the mission of the Task Force.

“Moving the Rock will create more visibility of the Indigenous history of the land and the Indigenous presence on campus,” says Isaac, who will introduce the guest speakers at the September 22 ceremony.

Chelsea Sunday and Kenny Perkins, members of the Mohawk Nation at Akwesasne and holders of traditional knowledge, will open and close the ceremony. Remarks will be delivered by Grand-Chief Joe Norton of Kahnawake, artist and human rights activist Ellen Gabriel, recently retired faculty member of the School of Social Work Michael Loft, Provost Manfredi, and Principal Suzanne Fortier. McGill student Christian Quequish, a Saulteaux from North Caribou Lake and member of the Task Force, will read a message from the Honourable Carolyn Bennett, Minister of Indigenous and Northern Affairs.

Indigenous Awareness Week is organized by the Social Equity and Diversity Education Office. A full schedule of this year’s activities is here.

Thrilled to see this initiative at Mcgill! The connection to the North through universities and education is a great beginning to foster long lasting connections with part of Canada’s population, which have so much to teach us here in the South!

When I first proposed this ten years ago all I got was blank stares. Harper was PM back then. Everyone headed for their bailiwicks. McGill was a status-quo that didn’t want to move. Trudeau is the PM now. Now McGill is playing catch-up. It’s just how things are in a Great Big University– politics instead of doing what is right.

Major Indigenous initiatives coming to McGill in the next...