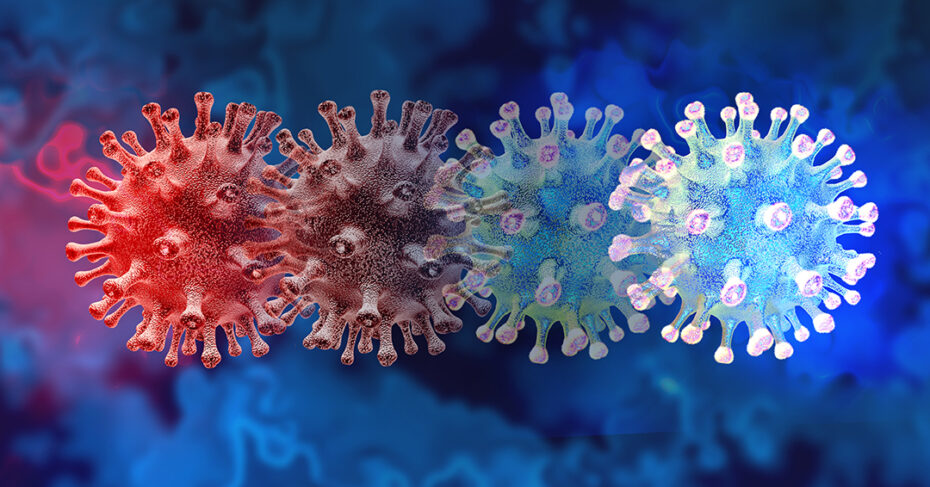 Experts across Canada, including researchers at McGill, are working to understand the impact of COVID-19 virus variants of concern on the health of Canadians and our public health measures. Recently, the Honourable Patty Hajdu, Minister of Health, announced an investment of $14.3 million from the Government of Canada, through the Canadian Institutes of Health Research (CIHR), to support new research on the COVID-19 virus variants.

This includes $9 million for the Coronavirus Variants Rapid Response Network, or CoVaRR-Net, led by Dr. Marc-André Langlois from the University of Ottawa, which will coordinate and align variants research throughout the country.

CoVaRR-Net will enable the rapid assessment of the immune response to the virus variants, as well as assessment of whether these variants are resistant to existing vaccines. The findings will provide decision makers with guidance regarding drug therapy, vaccine effectiveness, and other public health strategies.

McGill researchers Ioannis Ragoussis and Jesse Shapiro of the McGill Genome Centre are among the eight principal applicants of the Network, and will join its executive committee. The two will also play leading roles in research activities: Ragoussis heading the Viral Genomics and Sequencing research pillar of the Network, and Shapiro the In Silico Modelling and Computational Biology pillar.

“With this research network, we are now able to consolidate our expertise to ensure efficient and rapid responses to viral variants that have and will continue to evolve,” said Shapiro. “I am optimistic that CoVaRR-Net will contribute to a better year ahead for Canadians.” Ragoussis added that, “this nimble and efficient network of researchers will ensure a fast response of the Canadian biomedical research community to public health needs, as well as strengthen international collaboration to combat the pandemic.” Both Shapiro and Ragoussis credit the early engagement of Picirillo in facilitating McGill’s engagement in CoVaRR-Net.

Of the $9 million awarded to CoVaRR-Net, $365,000 will be directed to McGill-led research projects from the $2 million rapid-response budget. The additional $6.7 million will be distributed by the Network through funding calls and by supporting other CIHR-funded projects.

This initiative is part of the Government of Canada $53 million investment in an integrated Variants of Concern Strategy to rapidly scale up surveillance, sequencing and research efforts.The Strategy is a partnership between the Public Health Agency of Canada’s National Microbiology Laboratory, Health Canada, Genome Canada, and the Canadian Institutes of Health Research.

“We are investing in this research to accelerate our understanding of the COVID-19 variants to determine how we may need to adjust our strategies for protecting the safety of Canadians,” said Minister Hajdu. “The results will contribute to global efforts to address the variants of the virus that have emerged and provide key evidence to support our response in Canada.”