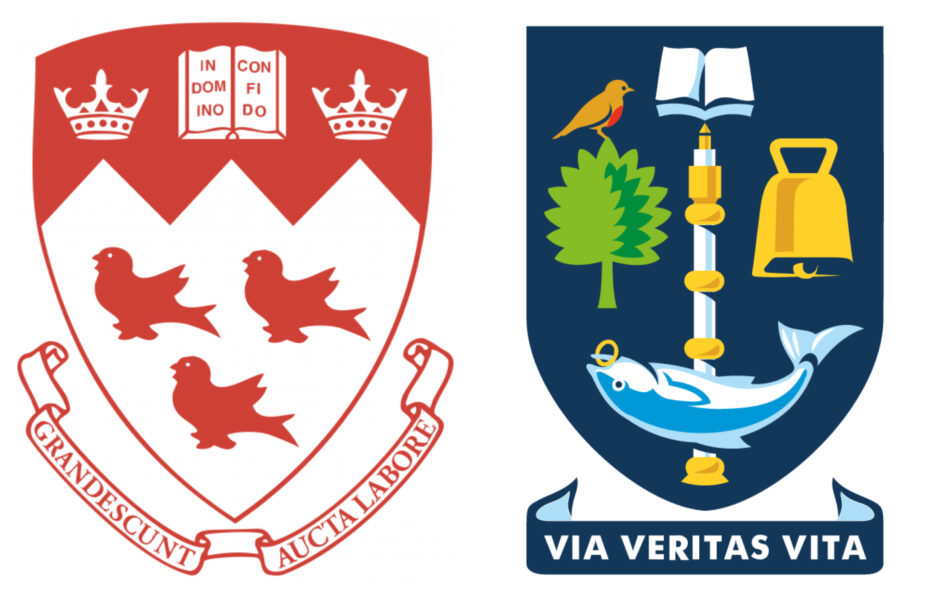 This past week, no doubt there were thousands – if not millions – of Zoom calls taking place around the world. But one international call in particular took on historic dimensions. At an online ceremony on Tuesday, February 8, McGill University and the University of Glasgow renewed their ties through the signing of a Memorandum of Understanding (MOU).

This event marked the second time such an agreement has been reached between the two institutions, who signed a similar document in 2015. However, the echoes of history travel much further back than a mere few years ago. Indeed, the entire existence of McGill as an institution owes a tremendous debt to its counterpart school as James McGill himself was an alumnus of Glasgow, where he graduated with a degree in arts in 1756.

‘Unifying desire to change the world for the better’

With this education in the background, it is no surprise that McGill’s eponymous university and his alma mater should today find themselves very much on the same page. Rachel Sandison, Deputy Vice-Chancellor, External Engagement and Vice-Principal, External Relations for University of Glasgow and one of the MOU’s signatories, expressed this mostly clearly in her introductory remarks: “As institutions, our goals, ambitions and civic responsibilities are closely aligned,” she said. “We have the unifying desire to change the world for the better.”

It was a sentiment echoed by counter signer Christopher Manfredi, Provost and Academic Vice-Principal for McGill University. “The ties between our schools have strengthened over the years,” he explained, adding that “this has helped establish new avenues of collaboration, and stronger ties with the rest of the United Kingdom.”

In support of this point, Provost Manfredi noted that 2,000 McGill alumni currently live in the UK, McGill has eight research and cooperation agreements with institutions there, and that over 400 sponsored research projects have been undertaken in the past five years between McGill and UK-based researchers.

Provost Manfredi also used his speech to remind participants that Principal Suzanne Fortier was bestowed with an Honorary Doctorate by the University of Glasgow in 2015, providing further evidence of the deep bonds of academic friendship between the two organizations.

The Zoom call was followed by a symposium to discuss the numerous areas on which the institutions could collaborate. Subjects covered included English literature, Political Science, Nutrition, Neuroimaging, Animal and Veterinary Science, the Caribbean, Early Career Researcher + Joint PhDs, and Slavery Studies.

In the Caribbean session, participants included the Bellairs Research Institute (a McGill field station located in the Barbados) and the University of West Indies (UWI). The UWI in 2019, together with the University of Glasgow, launched the Glasgow-Caribbean Centre for Development Research to examine issues of health, development, and the cultural gap between the Caribbean and Africa. The session touched on numerous topics including sustainability, diaspora literature, and black identity.

Clearly, any discussion of McGill and Glasgow – whether as individuals or localities – must include reference to the slave trade in which both institutions were involved. In this light, the Slavery Studies session was a notable topic. The role of slavery as a vector for viral transmission was one discussion thread that emerged in this group.

The English literature forum explored ideas around the possible development of a joint master’s program (to be determined), before focusing on a joint online seminar series as a concrete activity that could be launched in the short term. Meanwhile, in the Animal/Veterinary Science group, there was much discussion about opening a pathway for McGill students who are interested in veterinary studies to begin their degree at McGill and transfer to Glasgow’s School of Veterinary Medicine, along the lines of an existing McGill program. Doubtless, the other breakout rooms saw as much enthusiasm and energy in their interactions.

The terms of the MOU are not restricted to any particular field of study and aim to facilitate exchange for students and researchers alike. The agreement simply seeks to formalize what was manifestly clear from the numerous conversations: that there is much to be exchanged and shared between these two universities, and that this mutually beneficial interaction is likely to continue for many years to come.

I have a great debt of gratitude to both the University of Glasgow and McGill University. I studied Honours Physics (then called Natural Philosophy!) from 1959 to 1963 at UofG. Also, my mother and brother both graduated from UofG on the same day – a first in the over 560-year history of that university. I was at UofG when Vice-Principal Heather Monroe-Bloom was granted an honorary degree. I have a photo I could share on request. I claim to be the first graduate student at McGill before the School of Computer was started in 1970. I taught thousands of students… Read more »

Heart attacks could be reduced by rethinking statins