Alzheimer’s disease may have you long before you know that you’ve got it: By the time you’ve got symptoms, the disease is (for now) unstoppable. But Dr. John Breitner and researchers at the new Centre for Studies on the Prevention of Alzheimer’s Disease are learning how to trace the progress of the disease in people who are not yet symptomatic — opening the door to early therapeutic interventions that might save millions of people from the creeping fog of dementia. 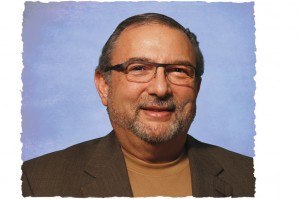 In June 2009, professor Judes Poirier phoned Dr. John Breitner with an offer. As an accomplished researcher in, and former director of, the McGill Centre for Studies in Aging, Poirier knew that McGill was the site of outstanding work in areas such as neurochemistry and brain imaging. What the University needed was someone who could help focus those strengths into a precise effort to prevent one of the worst scourges plaguing an aging population: Alzheimer’s dementia. Breitner, a distinguished epidemiologist and geriatric psychiatrist known for his Alzheimer’s research at Duke and Johns Hopkins Universities and the University of Washington-Seattle, was the man for the job. Breitner also knew what McGill brought to the table, and it excited him. “I told Judes I needed a few days to think of any reasons why I wouldn’t be interested,” he recalls. He moved to Montreal barely a year later.

Alzheimer’s disease, as it’s now currently understood, is an extended, chronic process of changes in the brain that ultimately produce dementia. What may begin with relatively benign memory lapses can steadily progress to the point where dementia sufferers lose not only the ability to use language, but even to coordinate any kind of movement.

“End-stage Alzheimer’s leaves people vulnerable to pneumonia and similar health threats of immobility,” says Breitner, now a professor in McGill’s Department of Psychiatry and Behavioural Sciences and director of the Centre for Studies on the Prevention of Alzheimer’s Disease (STOP-AD) at the Douglas Mental Health University Institute. He also holds the inaugural Pfizer Professorship in Prevention of Dementia. “Make no mistake about it: The proportion of older people with Alzheimer’s dementia is extraordinary, and the rates of new disease double with every five years of age. When we’re looking at people in their late eighties or nineties, a third to half have some form of Alzheimer’s dementia. It’s one of the leading causes of death in late life. And it’s on the rise. The statistics are quite frightening.”

Although the disease usually doesn’t announce itself until its victim’s twilight years, it has long roots that may twist as far back as early adulthood. Its insidious nature makes preventing the disease a tall order. Perhaps, suggests Breitner, impossibly tall. Which isn’t to say nothing can be done. “It’s not necessary to prevent the disease altogether. The trick is to interrupt the disease process when people don’t have symptoms and thereby prevent the later development of dementia.”

Alzheimer’s patients can suffer from confusion, irritability and mood swings, but the most characteristic feature, by far, is dementia. Not only is dementia devastating for the patient, but it can wreak havoc on family and friends who watch helplessly as they lose loved ones to this terrible fog. (Alzheimer’s isn’t the only cause of dementia, but it is the leading cause.) But, long before there’s any outward manifestation of Alzheimer’s — or, if there are cognitive difficulties, that are a long way from dementia — there are identifiable changes in key areas of the brain. That’s what interests Breitner.

In the early 1990s, Breitner and his colleagues at Duke University were exploring environmental factors associated with increased risk of Alzheimer’s dementia. They noted that people who were regularly taking common anti-inflammatory agents (e.g., ibuprofen or naproxen) to treat arthritis pain had less dementia. Was there a causal connection? Only a randomized control trial would answer that question. So Breitner’s team, now at Hopkins, gathered 2,500 healthy people who were at increased risk for Alzheimer’s. (People with a parent with Alzheimer’s are two to three times more likely to develop the disease.) Some were given an anti-inflammatory drug, others a placebo. The 12-year trial still has another 18 months before results will be available, but the researchers have already discovered that the people taking the drug experienced chemical changes in their cerebral spinal fluid (CSF). Short of surgically removing samples of the brain, the biomarkers found in CSF — attained through the simple and benign procedure of lumbar puncture — are the best indicator of what’s going on in brain physiology.

“What’s become clear of late is that the same chemical changes in CSF that characterize the presence of Alzheimer’s dementia can be seen in normal people,” says Breitner, “and that those people who have the changes are the ones who typically go on in later years to develop cognitive deficits and dementia. We think that changes in the chemistry of the CSF is a warning beacon that bad things are going on in the brain, sometimes long before people have begun to develop symptoms.” Breitner’s research showed that people who were given anti-inflammatories in the trial had “better” CSF chemical profiles — that is, fewer portents of looming dementia — than those taking the placebo. “This opens up a whole different way of thinking about things: if it becomes possible to detect evidence of the disease in people who are not yet symptomatic, it should be possible to modify those signals with treatments. We think this is a sensible way for us to test potential preventative agents.”

With the anti-inflammatory trial nearing completion, Breitner is setting up “the next stage of this life’s work.” He’s currently recruiting a cohort of healthy yet at-risk people, age 60 and older, for a new study that will test five such potential therapies. (See sidebar.) Up to 500 people will be followed for one or two years; changes in brain physiology (as measured by CSF tests and MRI scans) will be benchmarked against their cognitive performance. Breitner hopes to begin the study late this year.

“I came to McGill because there’s a vision here,” he says. “There’s a recognition that the next phase of work needed to conquer Alzheimer’s disease is in the area of prevention. And the big problem in the prevention of Alzheimer’s dementia is the identification of treatments and interventions that are likely to work. In the past, a lot of money has been spent on things that don’t work. The preliminary evidence for the effectiveness of ginkgo biloba as a memory booster, for example, was weak but that didn’t stop people from spending upwards of $35 million testing it — and it didn’t pan out. That’s all well and good if we had unlimited resources — but we don’t have unlimited resources. Dementia is already a public health crisis, and it could grow to catastrophic proportions in coming decades, so it’s time we started testing things for which there is evidence that they’ll really work.”

This research is supported by the Douglas Mental Health Research Foundation.