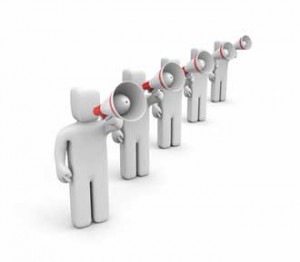 Activities to be held on and around McGill’s downtown campus at the beginning of March under the label of “Israeli Apartheid Week” have stirred strong reactions and controversy.

Why, some ask, would the University afford interest groups a platform from which to express their particular views on a longstanding, extremely divisive conflict in another part of the world?  Doesn’t the University have a duty to ensure debate is balanced and fair?  Whose side is the University on?

The short answer is that McGill, like universities everywhere, is a place for open and frank dialogue, both inside and outside the classroom, about a range of topics on which people hold deeply felt, divergent points of view. While the University is politically non-partisan, it values the variety of opinions and experiences of the members of the community and encourages the open expression of that diversity. At the same time, those who benefit from the right to organize, or engage in, various forums for discussion bear the responsibility of ensuring discussions are respectful and civil.

There is, however, a longer answer: The events associated with the weeklong affair in March are not sponsored by McGill University or held under its auspices. They are not linked to the University’s academic programs. And only one of them is to be held in space where bookings are controlled by the University.

Rather, the events are student-run, extra-curricular activities. They are being sponsored and organized by a number of autonomous groups, who are responsible for their own activities and programming. The majority of the events are being held in the University Centre, which is leased to, and booked by, the Student Society of McGill University. Any questions or comments about the nature of these student-run events are appropriately directed to the groups responsible for them, rather than to the University.

Regardless, McGill is steadfastly committed to the principle that universities are places for the full and uncensored exchanges of views on a wide range of topics – even those that elicit strong emotional reactions, such as politics, religion, abortion and evolution, among many others. Debate, free of constraint, is appropriate at the University as long as the discourse remains civil and does not violate the law or McGill’s Code of Student Conduct and Disciplinary Procedures.

Debates, speeches and discussions related to tensions in the Middle East have for decades aroused intense feelings on all sides, feelings that have led to dangerous clashes at some universities, including Concordia, here in Montreal. That is why the University administration insists on extra security at events that might lead to confrontation and trouble.

Some groups have argued that requiring them to bear the costs of extra security is discriminatory and itself an infringement of free speech. On the contrary, extra security is there to ensure that an event can indeed take place at McGill and that divergent voices can be heard; to let free speech flourish, albeit under a watchful eye. Given the University’s challenging financial situation, the organizers of an event must bear those extra costs.

Of course, there is no trouble in the vast majority of cases. Views are stated, sometimes more politely than at other times, and issues are aired. But it would be irresponsible for the administration to ignore the possibility of heated debate developing into something problematic.

We work and study at a university where we can express and hear strongly held views on a wide variety of issues across our two campuses. This is a privilege afforded us by Canadian society and an essential part of a vibrant learning community. Of course, this privilege comes with responsibilities and obligations: to be accountable for what we say; to ensure that we do not create a hostile environment for members of our diverse community; to uphold civil discourse; and to refrain from imposing our views on others.

Open discussion may well test our tolerance for free speech. But the value of open discussion is lost, if it is limited to noncontroversial issues. A commitment to free speech necessitates a tolerance for the expression of views that are at odds with our own and that we may find difficult, challenging, or even deeply uncomfortable.