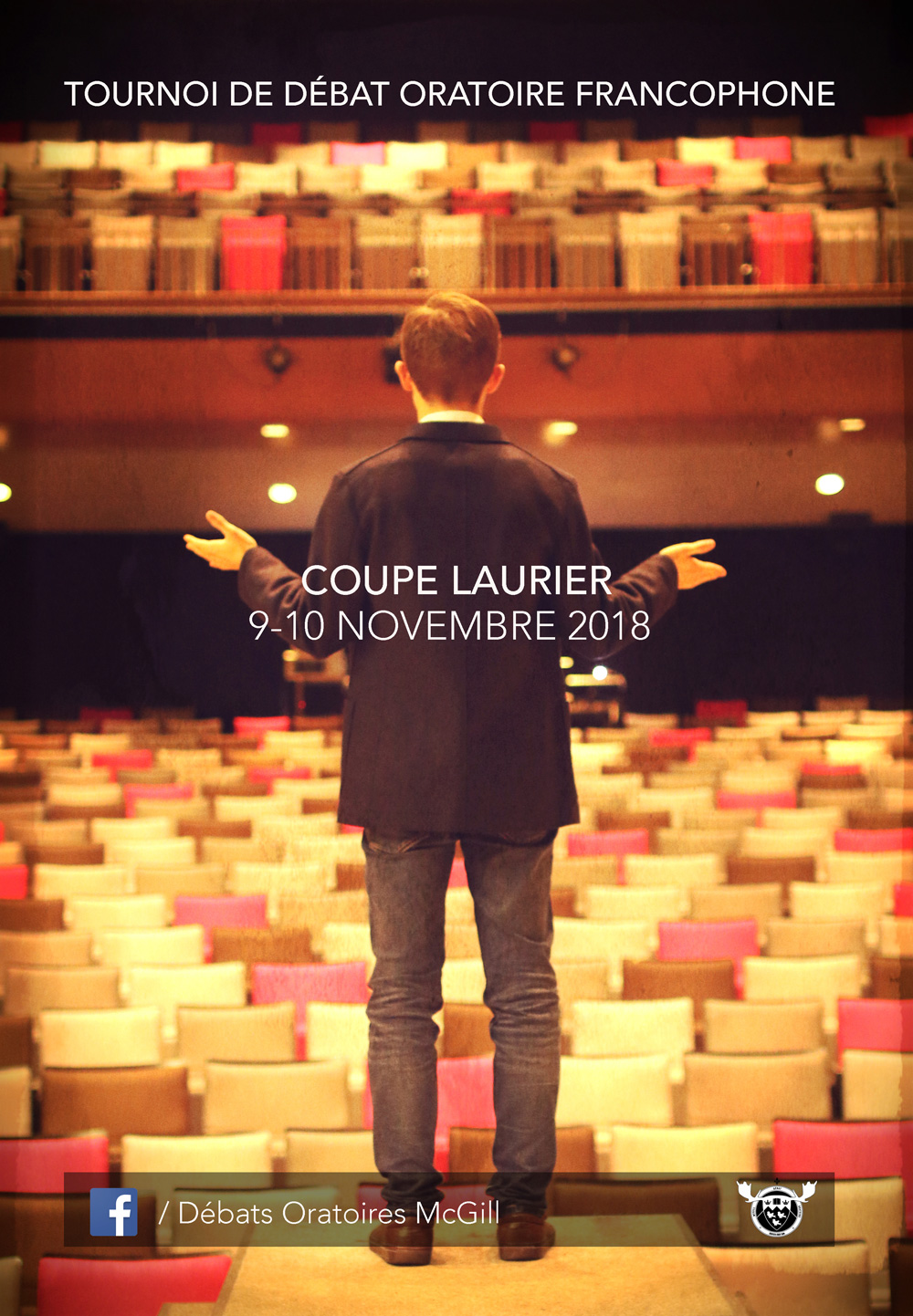 On November 9 and 10, the halls of Leacock and the Arts Building will echo with the soaring rhetoric of 75 French language student debaters from across Quebec. The French section of the McGill Debating Union (MDU) is hosting the Concours Oratoire Francophone, also known as the Coupe Laurier 2018 debating competition at McGill.

Teams of two will vie for the trophy named for Sir Wilfred Laurier, who graduated from Law at McGill in 1864, and was the first French speaking Prime Minister of Canada. Laurier was known as a silver-tongued orator in both English and French.

“There is no prize, just recognition for the winners,” says Benjamin Rivard, a law student at McGill, and President of the French section of the MDU. “Debaters get 15 minutes to prepare, and have to use their own background knowledge, instincts and flair to make their case. It’s a great way to increase your confidence and have fun.”

Anyone who is registered as a CEGEP or university student in Quebec can compete this weekend. The only requirement is payment of the $50.00 participation fee for each debater. For those who wish to be judges the participation fee is $20.00.

Last May two Quebeckers, Djavan Habel-Thurton (BCom’17), and his team mate Simon Bouthillier, of the University of Sherbrooke, won the Championnat du monde de débat francophone in Paris, competing against students from 20 countries.  Olivier Beaubien (B.C.L., LL.B’17) and Ikram Mecheri (BA’16), two other McGillians, also competed in Paris in May.

The 2018 Championnat du monde de débat francophone will be held in Paris from June 4-10.

For more information write to Benjamin Rivard or go to FB.

The Concours Oratoire Francophone at McGill was made possible by the support of Vivre en français McGill, and Student Life and Learning at McGill.